Via the Guardian we learn that:

“The BBC has ruled that a Today programme misled viewers in a report on the recent period of renewed violence in Israel and Palestine.” 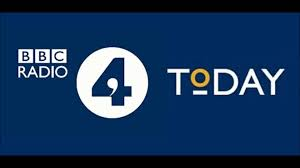 The report concerned was broadcast on the October 19th edition of BBC Radio 4’s ‘Today’ programme.

“The BBC received a number of complaints about an on-air conversation between presenter John Humphrys and Middle East correspondent Kevin Connolly on 19 October about an ongoing flare-up in violence between Palestinians and Israelis that began on 1 October.

The conversation began with Humphrys referring to the most recent attacks, and summing up the total number of casualties.

John Humphrys: “Yet another attack on Israelis last night – this time an Arab man armed with a gun and a knife killed a soldier and wounded 10 people. Our Middle East correspondent is Kevin Connolly. The number is mounting, isn’t it Kevin? It’s about 50 now, isn’t it?”

Kevin Connolly: “We think about 50 dead over the last month or so, John – this sharp uptick of violence – not just that attack on the bus station in Beersheba, in Israeli itself but also on Saturday a wave of stabbing attacks in Hebron and Jerusalem.””

According to the Guardian’s report:

“The BBC head of editorial complaints, Fraser Steel, has written to those who complained saying that while it was clear the reference to 50 dead was meant to take in casualties on both sides, it would be “natural” to infer from the broadcast that only Israelis had been killed.

“In the context of a discussion of attacks carried out by Palestinians, and in the absence of clarification on the point, the natural inference for listeners was that it referred to the number of Israeli dead – which, in view of the actual incidence of mortality, would have been misleading,” wrote Steel. “To that extent, the report did not meet the BBC’s editorial standards regarding accuracy and I am proposing to uphold this part of your complaint.””

At the time of that broadcast ten Israelis had been murdered by Palestinian terrorists since the wave of attacks began. The Palestinian casualties were for the most part either terrorists shot whilst carrying out attacks or violent rioters threatening the lives of others. Ironically, it is the BBC’s attempt “to take in casualties on both sides” (seen not only in this report but also in many others) and the ensuing promotion of a false notion of moral equivalence between terrorists and their victims which was the root cause of this inaccuracy.

Should the BBC by chance deviate from its usual practice by issuing an on-air correction, in the interests of the same editorial guidelines concerning accuracy it should of course clarify that the Palestinian casualties include a high proportion of terrorists.

Insight into the source of inspiration for the complaints comes not only the fact that the Guardian’s report includes comment from a representative of the Palestine Solidarity Campaign but also from the fact that the PSC’s Amena Saleem flagged up the ‘Today’ report at her usual ‘electronic Intifada’ slot the day after its broadcast.

As has been noted here before with regard to the PSC:

“Ironically, on numerous occasions in the past the BBC has failed to conform to its own editorial guidelines on impartiality when interviewing both Amena Saleem and other members of the opaquely funded anti-Israel, pro-Hamas lobbying and campaigning group with which she is associated.

For some time now the nature of the BBC’s relationship with the Palestine Solidarity Campaign has been a topic of interest and the corporation’s swift capitulation to political pressure following the publication of an article last summer [2014] about Hamas-supplied casualty figures and the subsequent ‘top-down’ dictated alterations made to that article – along with additional ‘damage control’ – brought the issue further into public view.”

Given the above statement from Colborne and the article by Saleem, the BBC complaints department might care to revisit its own words concerning “interested groups/supporters” – written in response to a complaint concerning a different report by Kevin Connolly in the same month. Additional BBC responses to less successful complaints concerning the BBC’s reporting on the current wave of terrorism can be seen here and here.