As usual, the BBC shows limited interest in Palestinian affairs.

Back in August we noted that the BBC had devoted two minutes of domestic radio airtime to a story concerning a Palestinian Authority ban on the activities of a LGBTQ group.

Newsreader: “Gay rights activists in the West Bank have been threatened online after the Palestinian police announced a ban on their campaigns and meetings and called for help to arrest them. The prohibition of the main local LGBTQ group was announced despite the Palestinian Authority having signed up to various international human rights treaties. From Jerusalem, Yolande Knell reports.”

Knell: “In a statement posted on Facebook, a police spokesman described the actions of the LGBTQ group al Qaws – or rainbow – as a blow to the ideals and values of Palestinian society and against the monotheistic religions. Same sex relations aren’t against the law in the West Bank but homosexuality remains largely taboo, as it is across the Arab world. Those involved with the group have been threatened with arrest, accused of sedition after a recent event in the West Bank. In response to the statement announcing the ban – which has now been deleted from Facebook – members of the Palestinian public posted angry messages. ‘Arrest them and burn them all’ read one.”

However Palestinian Media Watch reports that, despite the deletion of the police spokesman’s statement from Facebook, activists say that the situation has by no means improved. 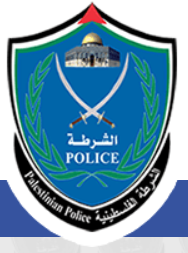 “The Israel-based alQaws organization for Sexual & Gender Diversity in Palestinian Society has reported that following a statement by the PA police against LGBTQ people, violence has “continued unabated” and even “with greater frequency and intensity.” The organization further said that “much of the violence and harassment perpetrated… has been at the hands of police officers themselves.” […]

According to alQaws, the PA police has refused to officially retract its statement against the LGBTQ community in general and alQaws’ activities in particular. This is despite the fact that the police has removed the statement from its official website and its spokesman’s Facebook page, apparently after pressure from human rights groups.

However, without an official retraction, the PA police’s implied sanction of violence against LGBTQ people is still valid, – also in the eyes of police officers themselves who, according to alQaws, are the ones perpetrating “much of the violence and harassment.”

The PA police has also increased their persecution of alQaws activists, possibly due to the great support the organization has received following the police’s anti LGBTQ statement. AlQaws reports on “military-style investigations involving violence, blackmailing, and interrogations marked by coercive, offensive, and insulting questions regarding private lives”.

In that August report Yolande Knell stated that:

Knell: “The EU funded mission which trains Palestinian police said it was continuing to give advice – including on LGBT rights – and that it was trying to clarify the circumstances of the statement.”

Unsurprisingly to those familiar with the level of BBC interest in internal Palestinian affairs, audiences have not seen any follow-up reporting concerning the story itself or the apparent efficacy of the “advice” given by that EU mission with an annual budget of €12.43 million.