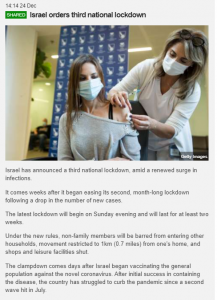 The report closes with the following paragraph: [emphasis added]

“The clampdown comes days after Israel began vaccinating the general population against the novel coronavirus. After initial success in containing the disease, the country has struggled to curb the pandemic since a second wave hit in July.”

In fact the vaccination drive which began on December 20th does not yet cater for “the general population” but is currently directed at health sector workers and people over the age of 60, with the aim being to expand the criteria in the near future.

Nevertheless, at the time of writing nearly 380,000 Israelis have already received the first dose of the vaccination against Covid-19, making Israel the country with the highest vaccination rate per 100 people according to data collected by Oxford University. 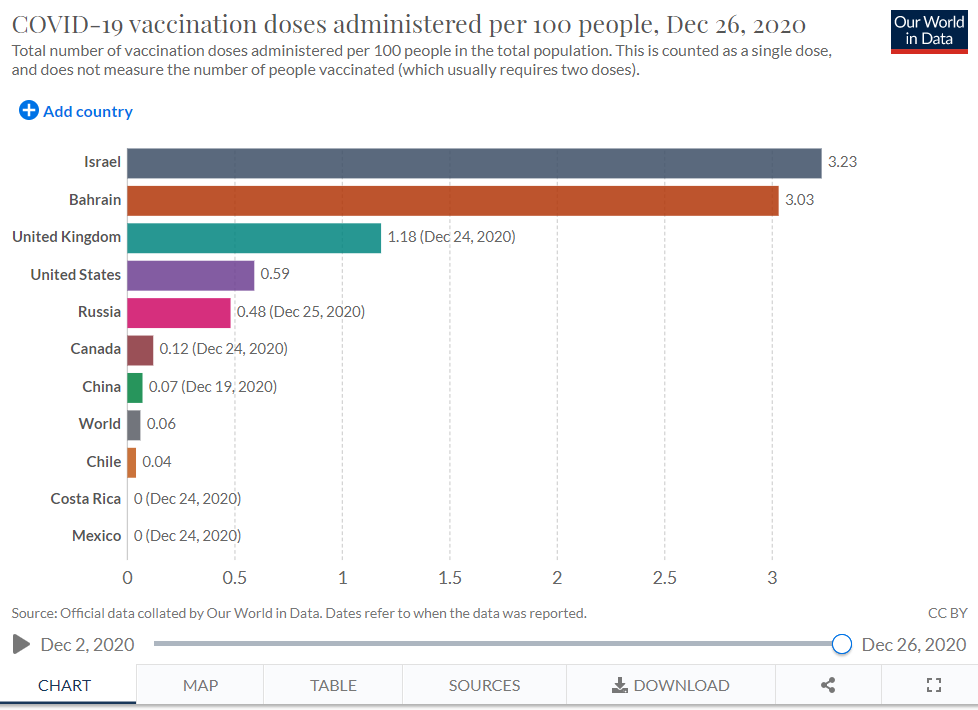 Interestingly, BBC audiences have to date not seen any reporting on the topic of Israel’s vaccination campaign, including on the website’s ‘Israel’ page or its dedicated ‘Coronavirus vaccines’ page, which does include reports on vaccination drives in Europe, Latin America, the US and elsewhere.