Last week a member of the public alerted us to an edition of a programme called “Dooda Jimcaha” which was aired on the BBC Somali Service radio on December 18th 2020. 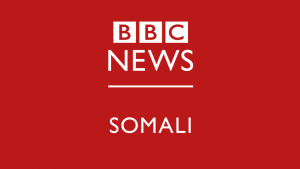 Among the contributors to that programme was the Somali MP Mohamed Omer Dalha who stated (48:00 to 48:20 here) that there is a conspiracy against Somalia by foreign countries that are interfering in the “Islamic world” propelled by “Jews running these affairs both in the West and the East”. His remarks went unchallenged by the BBC presenter.

Clearly such antisemitic statements should have no place in BBC content, including on foreign language stations and this case once again raises questions concerning the BBC World Service’s ability to oversee the foreign language content put out in its name and ensure that it meets BBC editorial guidelines.

Tags from the story
Antisemitism, BBC, BBC Somali service, BBC World Service, Dooda Jimcaha
Written By
Hadar Sela
More from Hadar Sela
Several people have written to us (thank you all) to bring the...
Read More