The BBC’s reporting of that story prompted considerable comment on social media. 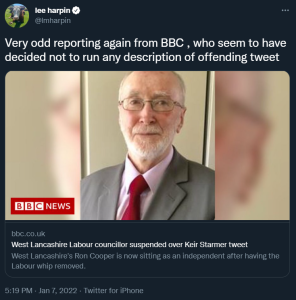 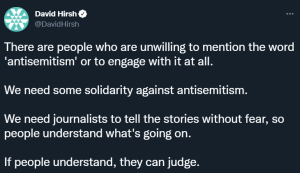 Those accessing the current version of the BBC report titled “West Lancashire Labour councillor suspended over Sir Keir Starmer tweet” may have difficulty understanding those objections because it does now tell the whole story.

“A Labour councillor who alleged Labour leader Sir Keir Starmer “follows commands from Israel” has been suspended from the party.

Ron Cooper, who represents the Tanhouse ward on West Lancashire Borough Council, was criticised on social media after the remark was published on his Twitter account on Wednesday.”

However the original report that was published on the BBC News website did not provide readers with the full picture: 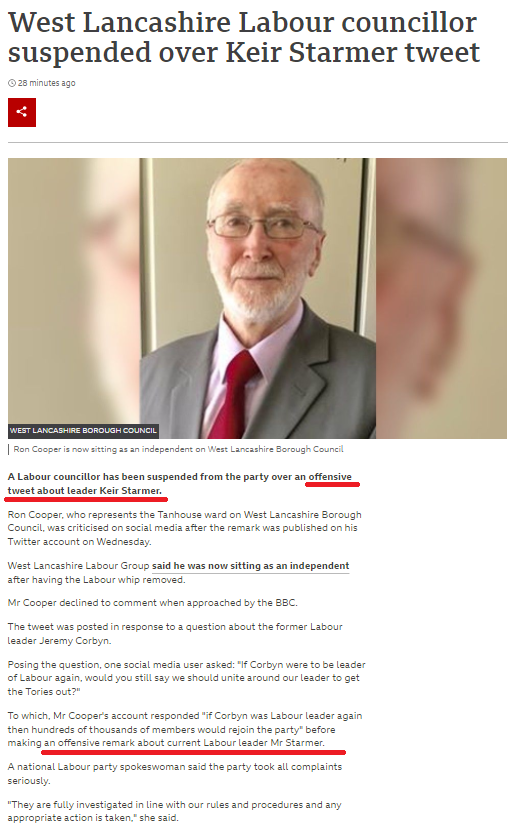 The question that obviously arises is why BBC North West chose not to portray the story accurately in the original version of its report.