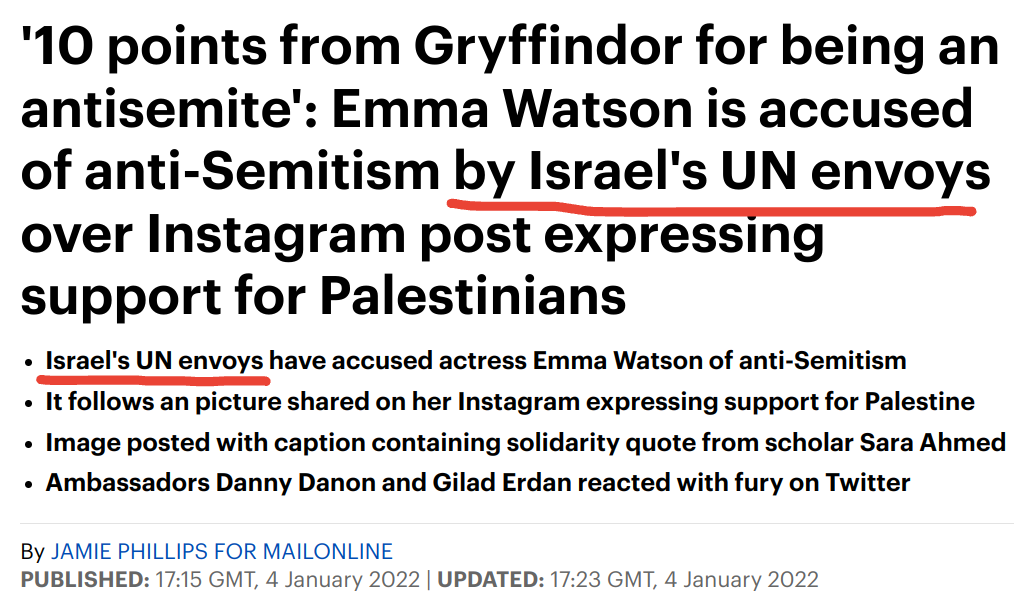 The error is repeated in the opening sentence:

We complained to the Daily Mail under the terms of the Accuracy clause of the Editors’ Code of Practice, and our complaint was upheld.

Here is the revised headline and strap line: 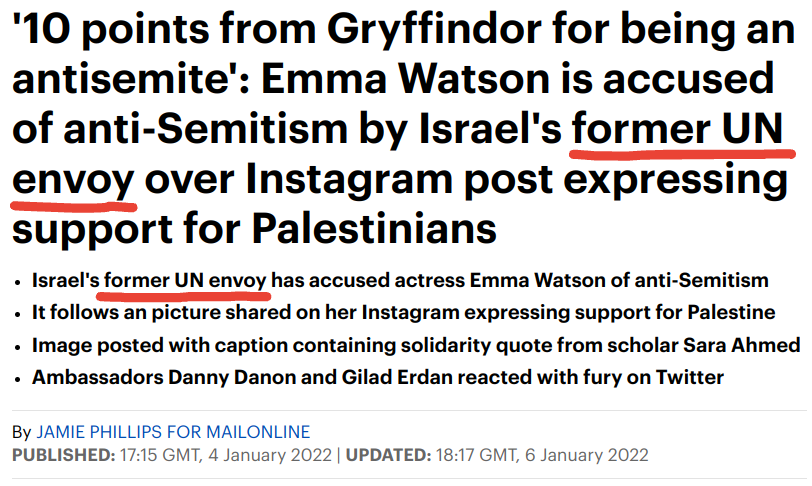 The opening sentence was also revised:

The error was significant because by falsely characterising Danon – who currently has no position within the government, and is not even an MK – as the current ambassador, it imputed far greater significance to his unfair accusation than was warranted, and we’re glad Daily Mail editors set the record straight.

Emma Watson is NOT antisemitic. But, questions about her Palestine ‘solidarity’ remain.