Most news outlets rely on wire services to supplement their own journalists’ original reporting. News agency clients are free to alter wire copy, and often shorten the article to fit the constraints of print publications, or round out the story with additional information provided by their own reporters.

But what about the removal of key facts that are essential to the article’s main point?

There’s no journalistic justification to do so. Worse, such steps can grossly mislead readers about the story’s basic information.

Mr. Medad, did the @guardian purposely bias the news today?
Well, compare these 2 AP reports and notice that one headline emphasizes a "gunbattle".
Here's the original filing: https://t.co/kkLa2QJRHz@adamlevick @TamarSternthal pic.twitter.com/nlyWIMqUty

Strikingly, the original AP headline highlights the fact that the two were killed in a gun battle, and thus were not innocent Palestinians, as one could wrongly conclude from The Guardian‘s incomplete and therefore misleading headline. AP’s informative headline reads: “Israel raids West Bank, 2 Palestinians killed in gun battle.”

At 13 words, The Guardian‘s less informative headline is longer than AP’s more fact-filled headline (10 words), so brevity cannot possibly be cited as motive for the faulty editing.

After Medad called out The Guardian for the excision of key information, the British news outlet subsequently revised the headline to acknowledge: “Two Palestinians die in gun battle as Israel raids Jenin refugee camp.”

But some bad habits are just too entrenched, and just two days later, The Guardian again deleted critical facts from a wire service story. This time, it was Reuters which fell victim to The Guardian‘s reckless wire cutters. The April 2 Reuters’ article begins (“Israeli forces kill three Palestinian militants in West Bank“):

Israeli security forces killed three gunmen from the Palestinian militant group Islamic Jihad in a shootout in the occupied West Bank on Saturday.

“This is a terrorist cell that has been involved in terrorist activity against security forces recently, and was apparently on its way to another attack,” the police said.

In contrast, The Guardian altered the beginning of Reuters’ article as follows:

There was no immediate comment from Palestinian officials. The Israeli police said the men were armed and were “killed in a shootout,” in the pre-dawn incident on Saturday.

“This is a terrorist cell that has been involved in terrorist activity against security forces recently, and was apparently on its way to another attack,” the police statement said. 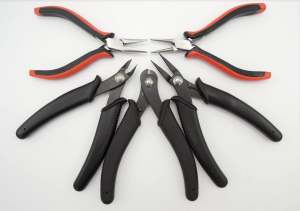 The Guardian actively removed Reuters’ information about the three belonging to Islamic Jihad, including the terrorist organization’s own confirmation of the fact. Furthermore, The Guardian added that there was “no immediate comment from Palestinian officials,” contradicting Reuters’ original story that Islamic Jihad confirmed their membership.

Also notable was The Guardian‘s deletion of the fact that four Israeli officers were wounded, another indication that the Palestinian fatalities were combatants.

(The Guardian also took liberties with the headline, removing Reuters’ reference to “militants,” and opting for a subheading which repeatedly qualified the information as an Israeli police claim: “Israeli police say the men were armed and were ‘killed in a shootout’ after tensions rise in the past week.” Note the double qualification, as if to underscore the supposed lack of credibility of the information: an attribution (“Israeli police say”) coupled with the use of scare quotes around “killed in a shootout.”)

The Los Angeles Times, a repeat offender in the craft of irresponsible wire-cutting on the other side of the ocean, again applies its shears of deletion. Its April 1 page-one print edition headline stated: “2 Palestinians are slain in Israeli raid.” The accompanying article was the same aforementioned Associated Press story that The Guardian had published. As a reminder, AP’s headline was: “Israel raids West Bank, 2 Palestinians killed in gun battle.” The Los Angeles Times, just like The Guardian, dropped the reference to the gun battle.

Israeli forces raided a refugee camp in the occupied West Bank on Thursday, setting off a gunbattle in which two Palestinians were killed and 15 were wounded, as Israel targeted what it said were militant networks after a series of deadly attacks.

The Los Angeles Times changed that opening as follows, highlighting a 17-year-old casualty and removing reference to Israel’s stated targets of militant networks in the wake of deadly attacks:

Israeli forces raided a refugee camp in the occupied West Bank early Thursday, setting off a gun battle in which two Palestinians — including a teenager — were killed and 15 were wounded, the Palestinian Health Ministry said.

Hamas’ “fence cutter unit” was a fixture in violent riots at the Gaza-Israel border in 2018. As Times of Israel had reported:

Masked men holding wire cutters and calling themselves the Gaza “Fence Cutters’ Unit” threatened to breach the border separating the Gaza Strip from Israel and to “liberate” the entire Jewish state, which they called their “occupied lands,” from the Jordan River to the Mediterranean Sea.

Israel’s enemies can rejoice at another unit of wire cutters working on their behalf: editors sitting in Los Angeles and London snipping away at information exposing Palestinians as anything other than victims.

With research by Adam Levick