1) The ITIC reports on a Palestinian Authority organised event promoting the ‘apartheid’ smear.

“Present were members of the PLO’s Executive Committee, and PA government ministers including Muhammad al-Shalaldeh, the minister of justice, and Mai al-Kayla, the minister of health. Also in attendance were foreign ambassadors, consuls and representatives, among them Khalil Atiya, deputy speaker of the Arab Parliament and a member of the Jordanian House of Representatives; the South African representative to the PA; Arab Israelis such as Muhammad Barake, chairman of the Israeli Arab Monitoring Committee; Palestinian and Israeli academics, among them Prof. Ilan Pappé (an extreme leftist who was born in Israel but lives in the UK and is part of the BDS movement).”

“PA Chairman Abu Mazen refuses to fight against the armed terrorist groups in the northern West Bank on the grounds that this may lead to a civil war, but he ordered the PA’s security forces to arrest unarmed political activists of the Hamas organization, he wants to show the US and Israel that the PA is still strong on the ground and fighting against radical Islamic forces that want to take control of the West Bank.

In doing so, he is trying to falsify Israel’s claims that he is not doing enough to fight terrorism.”

“Over the past two years, about 13 terrorist attacks by Iran’s Revolutionary Guards Corps (IRGC) against Israeli and Jewish targets were publicly revealed and foiled on four continents. In addition, attempts to attack former senior officials in the US administration and Iranian opposition targets in New York and London were thwarted. These events point to Iran’s focused activity in the use of terrorism in the international arena without being deterred by the results of this activity. Prominent in these events is the use of assassins and squads composed of foreign citizens with local assistance, which allows Iran plausible deniability. The brazen stance of IRGC operatives, with the approval of the Supreme Leader, reflects Iran’s intentions to avenge and even deter Israel and the United States from what Iran identifies as their aggression against it, and at the same time to deter exiled Iranian opposition members living in Western countries from their growing criticism of the regime in Tehran.”

4) At the JCPA, Dan Diker discusses ‘The EU’s Secret Palestinian Building Plan for Area C’ which was reported this week by Israel’s Channel 13.

“The concealed EU plan to help the PA build in Area C is an egregious violation of the Oslo Accords and an abrogation of the EU’s mediation role as witness guarantors of internationally witnessed and signed agreements. The EU actions undermine its integrity as an impartial and fair diplomatic actor.

Its actions in unilaterally advancing a Palestinian state in Area C, territories assigned to Israel both administratively and regarding security responsibilities by both the PLO and Israel in a mutually signed agreement of September 28, 1995, represent a violation of international law and call into question the EU’s ability to continue serve in any capacity as diplomatic interlocutor.”

Wishing all our readers celebrating Christmas a very happy holiday. 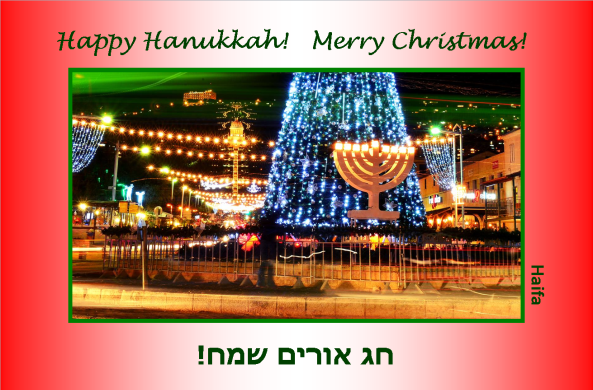