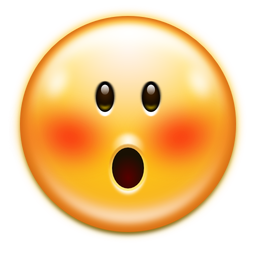 From the London Evening Standard of Wednesday, 25th August 2010 – another example of “If you can’t get the true story, make it up.”

This story appeared under the headline, “Schoolboy joke means red faces at the Guardian“ and centred on the Guardian’s usual mindless cranking up imaginary discontents – in this case the alleged north/south divide in educational opportunity in the UK:

It claims that class war is alive and well, “In the 20 years since George Osborne sat his A-levels at St Paul’s little has changed at the elite boys’ school.  Its lush grounds are still spread across 45 acres of prime riverside land in south-west London, and the pupils still justify their fees (£17,000 a year) with superlative exam results…”

However, the unfortunately named Helen Pidd (I had never heard of her either) was sent to interview students who had come to the school to collect their A-level results. Pidd then wrote an article tying in Chancellor George Osborne into the north/south divide in educational standards.   She had her aim in mind, now all she had to do was to bend the “evidence” to fit it:

Pidd quoted in her article one “Joe Bibby” who, she was told, had received five A* (A stars) at A-level and contrasted him with a Grimsby photographer who had struggled to gain pass marks in Maths and English at GSCE level.   In the Guardian video of results day, “Joe Bibby” reveals to Pidd that he has a three A* offer to study at university.

However, Pidd had been well and truly, and deliberately, hoodwinked.  “Joe Bibby” does not exist – as a pupil.  He had been working over the summer at St Paul’s on school maintenance.

Red faces all around at the Guardian.

It seems that the Guardian just can’t get intelligent staff these days or, at the very least, staff who research a story fully before it goes to print?

Then again, why break the habits of Rusbridger’s lifetime?

Like Loading...
Tags from the story
Guardian, Uncategorized
Written By
Medusa
More from Medusa
Oh dear.  It looks as though the wind has changed direction.  Seth...
Read More