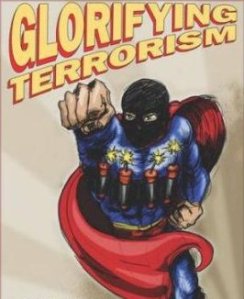 The leaking of over 1000 confidential Palestinian documents pertaining to negotiations with Israel could and indeed have been interpreted in a wide variety of ways.  The most optimistic have pointed to the revelations as a sign of how possible a negotiated two state solution could be considering how tantalisingly close it seems the two sides have already come.  They show quite clearly that both sides are capable of accepting the notion that real concessions will need to be made if peace is to be achieved.  Yet such positivity is not the order of the day for the Guardian’s Karma Nabulsi who has taken a rather different perspective on the matter.

For Nabulsi it seems as if the very fact that the Palestinian Authority would even contemplate reciprocating Israel’s concessions by making similar moves of their own is nothing short of an act of treason against the Palestinian people.

Outdoing the finest spokespeople and propagandists of Hamas, Nabulsi wastes no time in pouncing on the opportunity to both condemn the Palestinian Authority and triumphantly declare that what she describes as the ‘seemingly endless and ugly game of the peace process’ is over.  But if peace talks are over then what exactly does that leave in their place?  A return to the dark days of suicide bombings and the street to street gun battles of the Intifada?  Nabulsi doesn’t say, but nor does she initially suggest any other alternatives for the Palestinians either.

Nabulsi is quite open about claiming that the negotiated peace process was at odds with what Palestinians actually desired, stating boldly:

‘For the overwhelming majority of Palestinians, official Palestinian policy over these past decades has been the antithesis of a legitimate, or representative, or even coherent strategy to obtain our long-denied freedom’.

Again the question has to be asked; if the route of non-violence and negotiations are not the way forward for Palestinians then are we left to assume that the uncompromising violence championed by Hamas is?  After all Nabulsi, lambasts the Palestinian negotiators readiness to make concessions as:

‘[the] surrender of every one of our core rights under international law’.

Almost as startling is the way in which she goes onto condemn British and US state building efforts, the attempts to build the institutions of Palestinian statehood from the ground up, as ‘colonial’ and assistance for ‘Israeli military expansion’.

It’s no great secret that the Fatah led Palestinian Authority has been guilty of both corruption and serious human rights abuses but Nabulsi goes so far as to seriously claim that the entirety of the Palestinian Authority is nothing more than a ‘racket’ engaged in a ‘brutal process of subjugating an entire people’.  Nabulsi argues that they have become such because of what she calls ‘terrifying coercion’ from western governments.

While Nabulsi can find no words of praise for the attempts for peace made by the Palestinian leadership she does however seem to look rather more favorably upon the methods of the Marxist Revolutionary and Viet Cong leader Ho Chi Minh.  Indeed ultimately Nabulsi advocates for what she refers to as the ‘unassailable strength of a popular mandate’ and yet given the above example that she cites it would seem that Nabulsi is not in fact referring to democratic elections at all.  Rather she concludes her piece by calling for the restoration of the ‘Palestinian Revolution’.

Can she really be referring to the carnage of Intifada?

(Tom Wilson is studying for a PhD in Israeli politics at London’s UCL.  As well as being Co-Chair of the UCL Jewish Society, Tom is also a researcher for Beyond Images and is the London representative for the conflict resolution and democracy promotion group StandforPeace.)