The official transcript of Mahmoud Abbas’ recent speech to the UN General Assembly does not include one part of the address which – certainly in my household – heralded the ‘waste of time listening’ warning bells.  Abbas’ improvised remark about settlers having dogs which they use to attack Palestinians was made, ostensibly, not to his domestic audience which is used to hearing such zoological conspiracy theories, (there’s even a Wikipedia page on the subject), but at the pinnacle of the world stage.

The fact that Abbas could – or would – not control his penchant for such ridiculous drifts into delusions of his own invention may well have gone unnoticed in the Western world – or at most raised a giggle – but it does have significance.

This man is supposed to be – according to Western opinion – our partner for peace; do we really expect someone who subscribes to and propagates zoological conspiracy theories to be capable of the necessary appreciation of the realities of the complex Middle East situation? Can a man at the head of a government which encourages its people to believe that the Israelis use trained rats to force them to leave their homes in Jerusalem and that a new wild boar (an oxymoron if ever there was one) has been “engineered” by settlers to distinguish between Palestinian and Israeli crops (so as to destroy only the former!), lead his people towards making the necessary compromises based on an acceptance of their own share of responsibility for the current situation?

What many a commentator – including those at the Guardian – seems to have failed to appreciate is that Abbas’ speech was aimed primarily for domestic consumption: hence the use of the obligatory accusatory and fantastic rhetoric.  Mahmoud Abbas has neither the ability nor the inclination to engage in the peace process: he flew to New York solely in order to bolster his own position on the domestic map – quite successfully as it turns out. And if Abbas’ speech is an example of what makes for popularity on the Palestinian street, then alarm bells should be ringing very loud in London, Brussels, Moscow and New York.  All the efforts made by members of the Quartet in the wake of Abass’ demand for statehood are clearly a complete waste of time and energy. If that speech showed anything, it is that the only option currently open in the so-called peace process is to take a time-out.

Of course Mahmoud Abbas is not alone in subscribing to zoological Zionist espionage conspiracy theories; quite a portion of his UN audience may indeed have been quietly nodding in agreement with his canine delusions. After all, the Iranians did arrest 14 squirrels for spying in 2007, the Egyptian governor of Sinai was quite ready to believe that it was a Mossad-controlled shark which attacked tourists there in 2010 and in January 2011 a Zionist Griffon Vulture was apprehended in Saudi Arabia.

Sparing no effort to bring our conspiracy theory-loving neighbours the latest news on the subject of Zionist animal espionage, a CiF Watch correspondent recently attended the graduation ceremony of yet another Zionist Spy Vulture (ZSV) at a secret and secluded Mossad training camp cleverly disguised as a nature reserve. The four year-old Griffon Vulture is code-named A18. Obviously, ‘A’ must stand for ‘agent’. 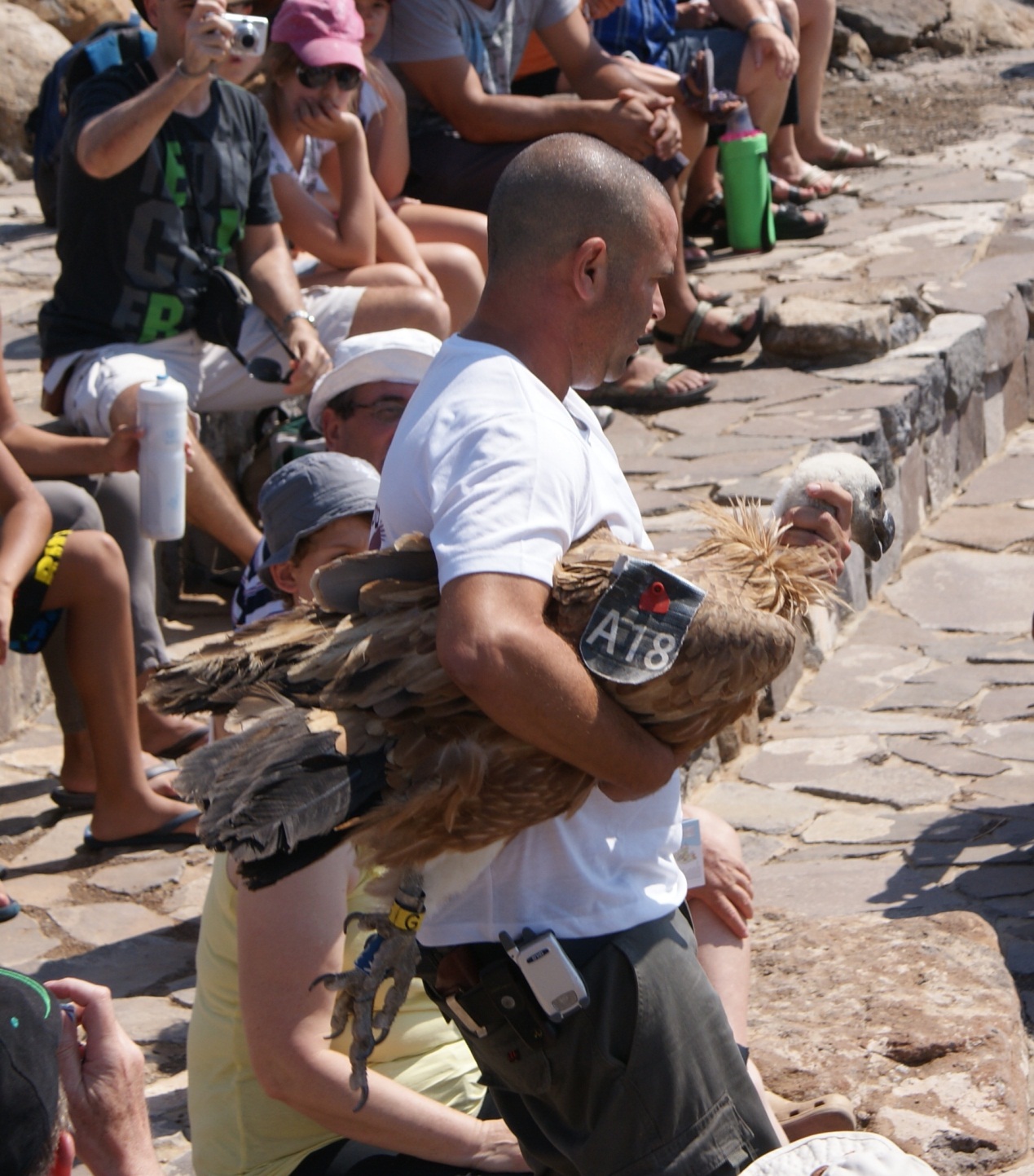 In a moving ceremony, A18 was given his (or her – apparently it is impossible to tell the sex of a vulture without a blood test: very crafty indeed….) wings. 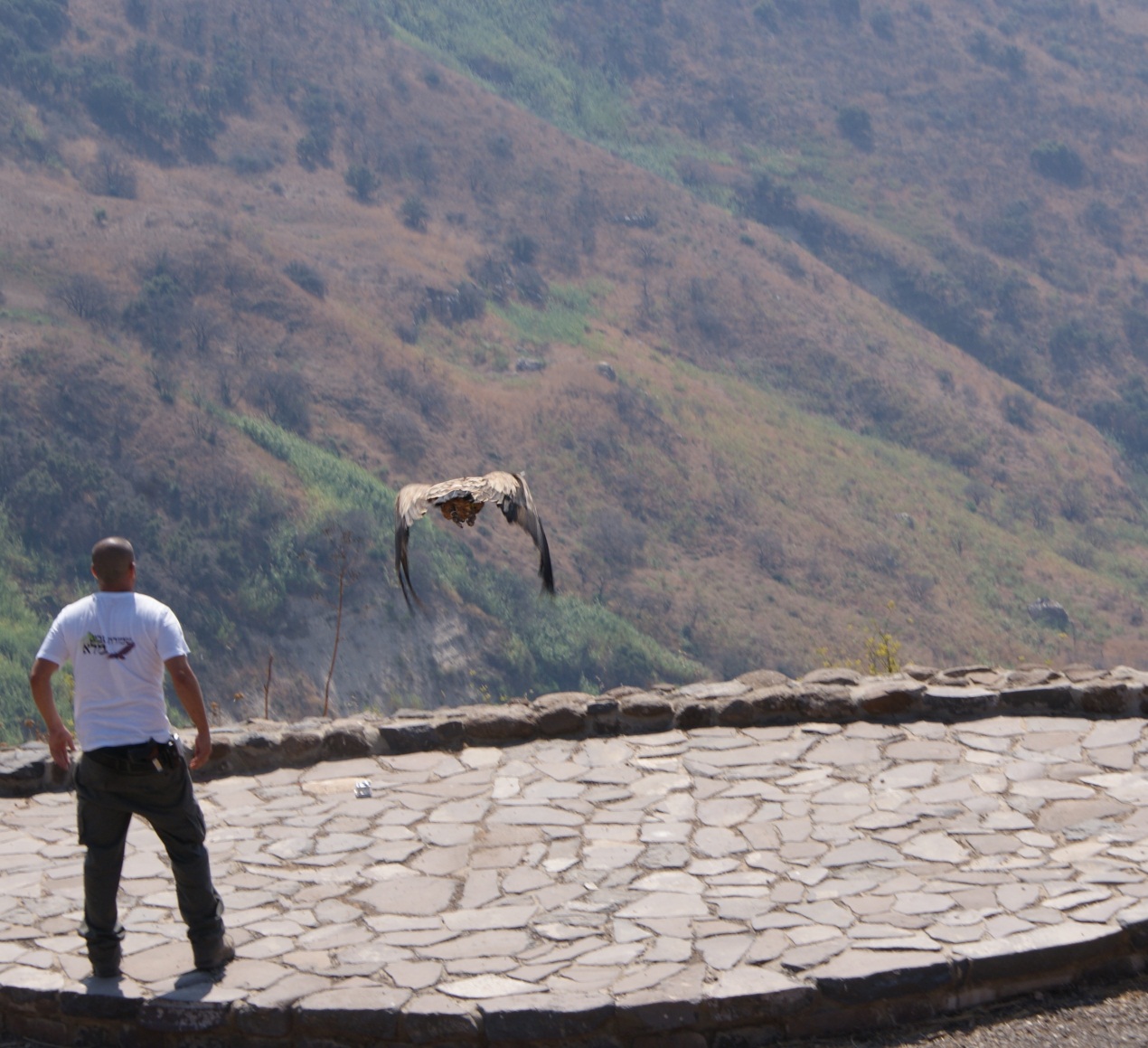 And off he – or she – went on a long trained-for mission to patrol the skies of the Middle East, transmitting vital information back to the home base by means of sophisticated electronic equipment.

Good Luck, A18 – see you next year at nesting time.  Oh, and try to avoid Saudi Arabia, Iran, Egypt and the Palestinian Authority if you can…

Tags from the story
Uncategorized, Zionist animals
Written By
Israelinurse
More from Israelinurse
There were a lot of unhappy campers below the line on CiF...
Read More