[Editor’s Note: As you may recall, the Guardian posts a ‘Style Guide’ on its site which contains more than 1,750 definitions of terms (and rules) to which their reporters are expected to adhere when covering stories.  We’ve posted about some of the more amusing politically driven definitions here,  here, here and here, but the most blatant example of the Guardian Group involved in an out-and-out lie is their guide for journalists when referring to “Jerusalem”.

So, our friend Geary has created another Style Guide – a reference for CiF Watch contributors and readers to assist in navigating though the ideological morass of Guardian double-speak.  This is by no means a complete list, so please feel free to add other important terms which may have been omitted in the comments section below. – A.L]

A: Abu Mazen, leader of the Palestinian Authority and its chief non-negotiator. Last heard to say: “I am perfectly prepared to meet with the Israelis as soon as they agree to all my demands. Unless I can think of some more in the meantime” 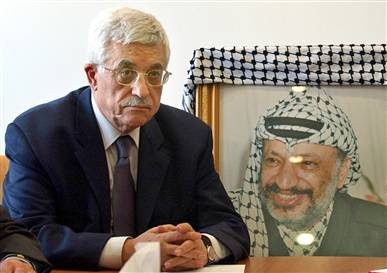 B: Boycott, Divestment, Sanctions (BDS) movement. (Also known as Bullshit, Dogma, and Sanctimoniousness). A group of western intellectuals dedicated to damaging the economy of the West Bank, impoverishing the Palestinians and depriving them of a good education in mixed Arab-Israeli universities.

Conspiracies. Anything bad that happens within the Middle East is due to the Israelis or the world-wide web of Jews, especially American Jews. 9/11, for instance, wasn’t perpetrated by Islamists but by the Jews to provoke a war between civilizations.

D: Displaced persons. The proper term for Palestinian “refugees”. Of the tens of millions of people displaced between 1943-1960, only the Palestinians continue to be called refugees and therefore benefit from the billions doled out by the UN. Meanwhile much more needy cases in Africa and Asia are unsung, untreated and deprived.

Death penalty. Effectively abolished in just one Middle Eastern country – Israel. Throughout the rest of the region there persist numerous colorfully traditional judicial ways of meeting one’s maker. Beware the language. “Clubbing” does not mean the same in Palestine as it does in Sheffield. Being stoned in Teheran is not the same as in California, whilst in Saudi Arabia you can, quite literally, lose your head over a woman.

E: Erez. One of several crossings through which thousands of tons of food, fuel, medicines, domestic and luxury goods pass from Israel into Gaza and thousands of Gazans pass into Israel for medical treatment. Part of the inhumane siege of Gaza. 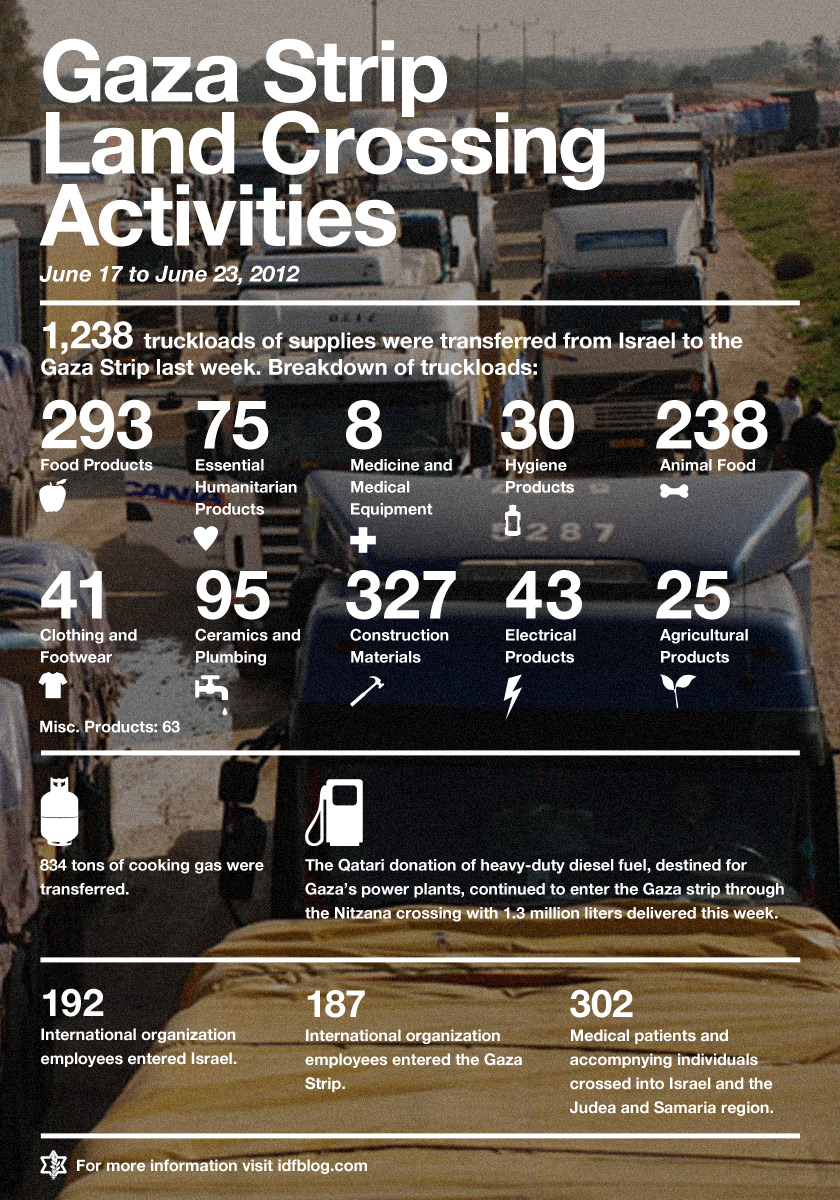 F: Fatah. According to many, an association which successfully made the challenging transition from terrorist organisation to Mafia.

Golan Heights. (or “Occupied Golan Heights” for the BBC and the Guardian). A hilly region on the Israel-Syria border from which, before 1967, the Syrian regime practiced its favourite sport of firing artillery shells at Israeli villages which were inside the ceasefire lines.  Since 1967 it has flourished, to the considerable economic benefit of its mixed Jewish and Druze population. However, the Syrian regime wants its shooting range back.

H: Hamas. An erstwhile brigade of the Iranian Revolutionary Guard. Its principal strategy from 2005 was to provoke Israel into attacking it in Gaza by firing thousands of missiles into southern Israel. Its plan finally bore fruit in 2009. Its few remaining members now dedicate their time to smuggling and extorting cash from the Gazan people.

Hezbollah. An Islamic charitable foundation. It accepts generous donations mainly from the Syrian and Iranian governments to set up schools specialising in basic antisemitism, bomb-making and destabilization of elected governments.

I: International Solidarity Movement (ISM). A group of western reactionaries who travel to Israel and Palestine in the hope of provoking violence. They are dedicated to the anti-Zionist cause to the last drop of Palestinian blood.

J: Jews. A devious people, descended from pigs and dogs who, although Semitic, originate from Russia and never had any connection with the Holy Land. They control the world’s finances, news organisations and all western foreign policy. In physical appearance they are squat, swarthy and hook-nosed, except when they are in Israel where they transform into ultra-white Aryans.

Jenin. Town in the West Bank where a massacre of Palestinians took place. Or, rather, it didn’t. The story was made up by Pallywood (see below) and lapped up by the Zionophobic western press.

Jerusalem: The capital of Israel

K: Knowledge-Based-Economy. The OECD (which admitted Israel as a member in 2010) recognizes knowledge (information, technology and learning), as opposed to natural resources, as the driver of productivity, development and economic growth. Israel’s economic success has largely been driven by this dynamic.

M: Mecca and Medina. The two Islamic holy sites in Arabia (only Muslims are allowed to enter the former, but that is not apartheid, honest). The Arabs only seemed to become keen on the religiosity of Jerusalem when the Jews got their hands on it in 1967. 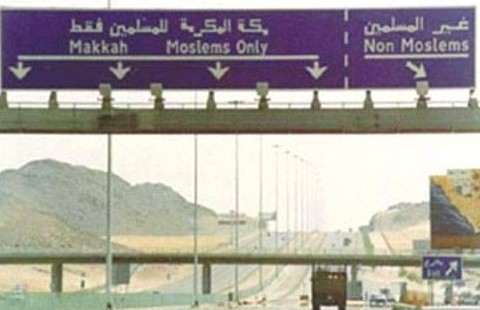 Muslim Brotherhood. Egyptian-based but worldwide reactionary Islamist body, chief beneficiary of the recent Islamist Revolution known affectionately to some as the Arab Spring.

N: No. The Arab world’s answer to any form of peaceful co-existence with Israel. Spelled out quite clearly in the Khartoum Agreement between Egypt, Syria and Jordan in 1968: “No negotiation, no recognition, and no peace”.

O: Oslo Accords. A series of contracts in which Israel and the United States agreed to set up a Palestinian proto-state complete with parliament, judiciary, tax system, press and police force, and the Palestinian Authority agreed to accept a shed-load of money every year.

Occupation. Even though the Palestinians have their own state in Gaza and their own independent government, judiciary, education system, press and police force in most of the West Bank, they are nevertheless, some maintain, extremely Occupied.

P: Palestinian Cause: The destruction of the state of Israel and the subjugation or expulsion of its Jewish population.

P: Pallywood: The Arab answer to Hollywood, the place where all your fantasies come true: the Jenin massacre, the murder of al-Durah, the bombing of the UN school in Gaza. Ah, such storytelling …

Q: Qatar. Home to the pseudo-liberal news channel, Al-Jazeera, ever replete with anti-Israel propaganda. Unfortunately not yet home to a Parliament, a constitution, any independent judiciary or basic human rights.

R: Reporting. In 2010, the year before the Arab uprising, when trouble was obviously brewing, the BBC’s coverage of Israel was more than twice that of all Arab countries combined. Jeremy Bowen, its Middle East editor devoted 95% of his stories to Israel. The Guardian was worse still, with three times as many stories on Israel as on the entire Arab world. Whilst the Brotherhood was preparing to march on Tahir Square, whilst the Syrians were about to plunge into their bloodbath, whilst the Libyans were – literally – getting ready to bugger Gaddafi, Jeremy and Harriet were downing their martinis around a swimming pool in Tel Aviv, penning their heart-wrenching tales of vandalised olive trees and of brutal Israeli chicken farms. 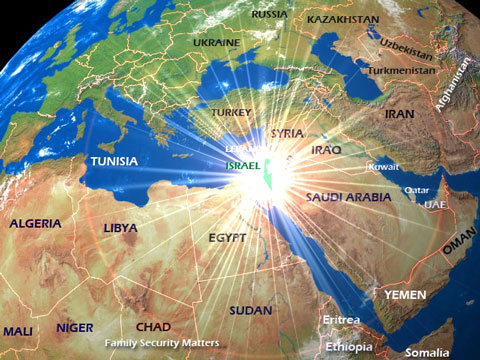 S: Syria. A country whose ultra-brutal regime was much adored and applauded by many in the West for its implacable opposition to Israel and to peace. Currently in a state of civil war between the bad guys and the even worse guys. It is not yet clear which side is which.

Temple Mount, Jerusalem. The holiest site of Judaism where only Muslims are permitted to worship. Proof if any were needed of the apartheid nature of the Jewish State.

U: University. Israel has the highest number of university degrees per capita in the world. 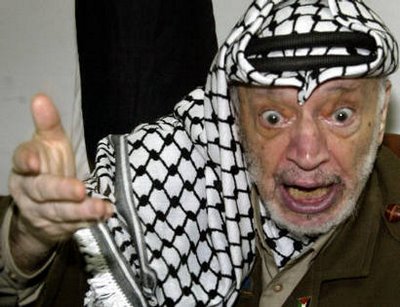 Z: Zionist. A person who believes in the wacky idea that Jews have some kind of right to self-determination in their historic homeland. Not to be confused with anti-Zionist, someone who denies that Jews have any such right, generally motivated by racist or political bias, or both. 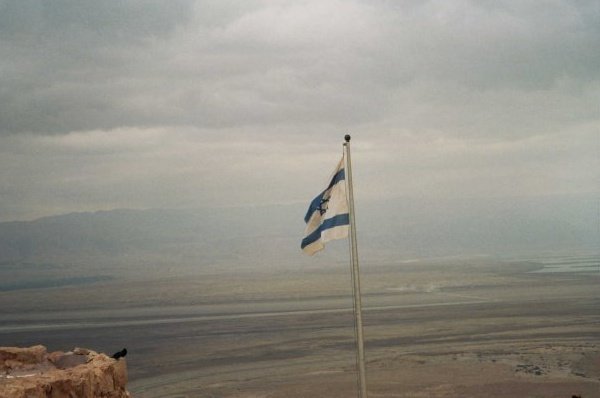