With the recent sentencing of Hizballah operative Hossam Taleb Yaacoub by a court in Cyprus, the BBC has finally broken its long silence on the subject of that trial.
A short report appeared on the Europe and Middle East pages of the BBC News website on March 28th, stating that Yaacoub had been sentenced to three years imprisonment, although other media outlets report a four year sentence being handed down.

The BBC report – true to form – continues to euphemistically describe Hizballah as “the Lebanese militant Shia movement”. Laconic as it is, the article also manages to include some remarkable contortions and distortions – presumably inserted in the name of “impartiality”.

“Israel says Hezbollah has been behind a string of attacks against Israeli and Jewish targets around the world.” [emphasis added]

Of course Israel is far from the only country to recognize Hizballah’s long-standing connections to terrorism, but the BBC seems to be trying to imply otherwise, as well as appearing to wrongly suggest that Hizballah activity is confined to attacks on “Israeli and Jewish targets”.
The next sentence of the report – together with another towards its end – is a fine example of an instance in which the BBC employs its obligation to impartiality in order to promote the absurd. [emphasis added] 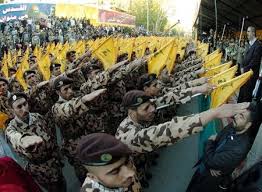 “Hezbollah, which has been designated a terrorist organisation by a number of governments, has denied the accusations.”

“Yaccoub was arrested days before a bomb exploded on a bus carrying Israeli tourists at an airport in Bulgaria, killing six people. Israel and Bulgaria accused Hezbollah of carrying out the attack. Hezbollah said it was not involved.”

In other words, the BBC juxtaposes the results of investigations into Hizballah’s terrorist and criminal activities, carried out by various countries and international bodies, with predictable denials from the terrorist organization itself – as though they were of equal weight.
The BBC’s contrived show of ‘impartiality’ with regard to this terrorist organization are a sinister product of its warped interpretations of the term “value judgements” – interpretations which are ultimately detrimental to BBC audiences’ understanding of the issues.