The interesting (despite its sound quality) video below features the head of the BBC Multimedia Newsroom Mary Hockaday in conversation with Steve Hewlett at the Polis Journalism Conference held at the LSE earlier this month.

Towards the end of the video (at around 21:36), Hewlett raises the subject of ‘churnalism’ which is defined by the Media Standards Trust as follows:

“‘Churnalism’ is a news article that is published as journalism, but is essentially a press release without much added. In his 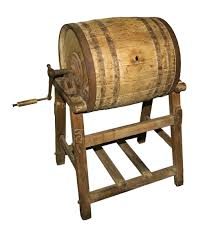 “Journalists who are no longer gathering news but are reduced instead to passive processors of whatever material comes their way, churning out stories, whether real event or PR artifice, important or trivial, true or false” (p.59).

According to the Cardiff University research that informed Davies’ book, 54% of news articles have some form of PR in them. The word ‘churnalism’ has been attributed to BBC journalist Waseem Zakir.

Of course not all churnalism is bad. Some press releases are clearly in the public interest (medical breakthroughs, government announcements, school closures and so on). But even in these cases, it is better that people should know what press release the article is based on than for the source of the article to remain hidden.”

However, the sheer number of organisations putting out statements for use by the media makes it important for BBC journalists not just to make do with identifying the source of the press release, but also to inform readers of any political and/or ideological affiliations which may have a bearing upon the impartiality of the information put out by the organization concerned – as indeed they are required to do by the Editorial Guidelines with other outside contributors.

On April 11th the BBC News website ran an article on its Middle East page entitled “Hamas failed to probe Palestinian ‘collaborator’ deaths“. To its credit, the article states clearly that it is relating to a statement made by the NGO ‘Human Rights Watch‘, but it makes no attempt to explain to readers the well documented record of HRW on subjects connected to the Middle East.

Unless he or she takes the trouble of also reading the HRW press release upon which the BBC article is based, the reader will also not be aware of how much of the article is original BBC content and what proportion of it is merely rehashed from the NGO’s statement.

“The Gaza government has apparently not even begun a promised investigation more than four months after gunmen killed seven Palestinian prisoners accused of collaboration with Israel.”

“The men were shot in public and the body of one was dragged through the streets by a motorcycle.

The incident took place in November during the eight-day conflict between Hamas and Israel.”

“The men, who were last seen alive in custody during the November 2012 fighting with Israel, were executed on a public street. One of the men’s bodies was dragged behind a motorcycle.”

The BBC report goes on:

“HRW said a promised inquiry into their deaths seemed not to have begun, a claim denied by Hamas.”

The first part of that sentence is clearly taken from the opening line of the HRW press release. The last five words appear to be original BBC content. The BBC article continues:

“The men had already been convicted by a military court in Gaza of spying for Israel, before armed men seized them from custody.

But HRW said their convictions may have been based on evidence extracted through torture.”

“Military courts had convicted the men primarily on the basis of coerced confessions, ignoring credible evidence that interrogators tortured at least six of them.”

The BBC article goes on to use a quote taken directly from the HRW press release:

“Hamas’s inability or unwillingness to investigate the brazen murders of seven men makes a mockery of its claims that it’s upholding the rule of law in Gaza,” said Sarah Leah Whitson, Middle East director of the New York-based HRW.

“Even before the killings, the abuses the men suffered made the criminal justice system a travesty, regardless of their guilt or innocence.”

The BBC article then states:

“At the time, Hamas deputy leader Moussa Abu Marzouk called the killings “unlawful” and said the perpetrators should be punished.”

“Other Hamas leaders, including deputy politburo chief Musa Abu Marzouq, condemned the killings and called for those responsible to be held accountable.”

The next paragraph of the BBC report appears to be original content.

“On Thursday Hamas spokesman Ihab al-Ghusain denied the HRW allegation, saying that an inquiry headed by the prosecutor general had been set up just after the incident and had already made recommendations to the cabinet.”

The BBC article goes on:

“The HRW report came on the day Hamas had set as a deadline for suspected collaborators with Israel to turn themselves in, promising them an amnesty.” “Meanwhile, the Hamas government has set a deadline of April 11, 2013, for suspected collaborators to turn themselves in, promising them an amnesty.”

The BBC article concludes with two sentences of original content:

So, out of a total of 284 words in this report, only 73 can be regarded as original BBC content, with the vast majority of the article having been reproduced from the HRW statement.

Acting as an amplifier for Human Rights Watch or any other NGO is clearly not to be found in the BBC’s remit and ‘making do’ with this sort of rehashed ‘churnalism’-style report certainly does not replace the necessity for serious investigative journalism into the subject of whether these murdered men were ‘collaborators’ at all, as well as the broader subject of the way in which the taboo of ‘collaboration’ is often used as a smoke screen for the summary execution of political opponents and others in both Hamas and PA controlled territories.