Six weeks after the BBC’s Defence Correspondent Jonathan Marcus based an entire article on speculations raised in an opinion piece written by Reuven Pedatzur in Ha’aretz, we now have two more BBC reports on the subject of the Iron Dome – this time by the Jerusalem Bureau’s Kevin Connolly.

Neither of the reports, however, brings anything new to the subject. Like Marcus’ previous piece, they too are based on the same speculations by the same people. In both items Connolly interviews the man who wrote the original Ha’aretz article.

Connolly opens his narration in the filmed item by describing the Iron Dome as:

“All just possibly a kind of optical illusion.”

Of course, he is unable to provide any concrete evidence upon which to base that statement. He goes on to say:

“Iron Dome is a missile defence system, credited by Israel with destroying nearly ninety percent of the rockets fired at it during the last conflict with Palestinian militants in Gaza.”

Accurately put, those missiles were not fired at the Iron Dome or at Israel (depending on how one wishes to interpret Connolly’s English), but at civilian communities within Israel.

Admitting that the content of his report is actually based on the opinions of “a handful of sceptics” who do not have access to the relevant data necessary in order to be able to make qualified statements on the subject, Connolly also interviews the former Director of the Israel Missile Defence Organisation, Uzi Rubin – whose recent article concerning the speculations BBC Watch brought to the attention of readers some time ago. As Mr Rubin stated in that article:

“His [Ted Postol’s] claim that Israel has not provided the US with accurate data on the Iron Dome’s performance is ridiculous. Anyone who has had any contact with the US government knows that it would never agree to allocate such a large amount of funding to manufacture Iron Dome systems without carefully checking their performance.”

And as BBC Watch pointed out in relation to Jonathan Marcus’ article, Israeli and American scientists work on this project together, thus Connolly’s insinuation that the Iron Dome’s success rate is exclusively an Israeli claim is inaccurate.

“BBC Watch, however, did speak to the Ministry of Defence and was told that not only does the 84% success rate stand, but that post-event analysis by the Israel Missile Defence Association and the American Missile Defence Agency – carried out by scientists with access to the full range of data, of course – suggests an even higher success rate.”

In his written article Connolly opens with a particularly ugly insinuation. [Emphasis added]

“During his lengthy nomination process in Washington, Mr Hagel was forced to counter allegations that he did not feel quite the degree of enthusiasm for Israel which is part of the job description for senior American cabinet ministers these days.”

That turn of phrase sails dangerously close to the kind of antisemitic winds which whisper of “Jewish power” and Connolly should know better than to play to the bigots’ gallery in this fashion. “It is perhaps not a coincidence that on the eve of his visit, it emerged that the US is preparing to increase its investment in Iron Dome, the missile defence system said by Israel to have shot down nearly 90% of the rockets fired at it from Gaza last November.

That will eventually bring the total American investment in Iron Dome to around $750m – the clearest possible indication that the US government has not been troubled by recent attempts to cast doubt on how well the system works.”

At a press conference in Israel on April 22nd, Secretary Hagel said:

“The United States Department of Defense and Israel’s Ministry of Defense are continually working together to ensure their militaries have the necessary capabilities in place to deal with changing security environments. These include major advances in cooperative rocket and missile defense efforts between the United States and Israel including Iron Dome, Arrow and David Sling.

Since its deployment, the Iron Dome system has saved many lives, and we are continuing to build on the program’s success. To date, the United States has provided more than 460 million dollars to support the ‘Iron dome’ program and we are requesting another 220 million [dollars] in our fiscal year 2014 defense budget request for Israel to acquire additional Iron Dome batteries.”

So according to the man who, it is safe to assume, knows rather more about this than Kevin Connolly, “preparing to increase its investment” is actually “requesting” and “$790m” is actually $680 million. And if Mr Hagel does not appear to be as “troubled” by the kind of evidence-free speculations tossed around by that “handful of sceptics” as Connolly appears to think he should be, that is probably because he has access to information to which neither Connolly nor the Ha’aretz writer are privy. 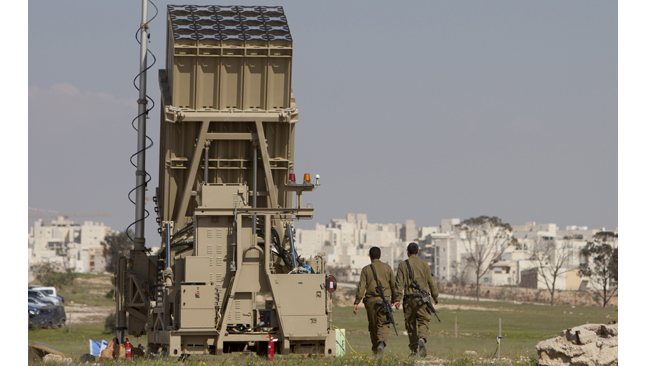 “He [Rubin] says it is perfectly reasonable for Israel to keep detailed infra-red images of Iron Dome at work a closely-guarded secret. Publishing them might help the country’s enemies to work out how to evade the system.”

Connolly brings no new information to his audiences in either of these reports. Except for a near-antisemitic smear in his written piece and a snide dig at Israelis in the filmed report, he achieves little apart from padding out the BBC website.

So what exactly is the point of the BBC’s repeated publication of articles on this subject which are based on nothing more than uninformed speculation? That remains unfathomed, but certainly the BBC would enhance its credibility were it to review its apparent policy of relying upon Ha’aretz as a source.