Would you like to know what are the Core Issues to be decided before peace can break out between Israel and the Palestinians, according to the BBC? Here they are in a BBC website inset-box nutshell:

Borders and settlements: Israel wants to keep major Jewish settlements; Palestinians want borders along 1967 lines but accept some settlements will have to stay in return for land swaps

Also here in a nutshell we discern the BBC’s inherent, partly explicit and partly implicit bias and enmity against Israel. It’s there in the language, the repetitive negative portrayal “Israel unwilling”, “Israel rejects”, “Israel wants to curtail”. Get the message? Israel is the blockage. The Palestinians (who just ‘want’ their ‘rights’ and ‘normality’) keep knocking at the door of peace but Israel won’t open it.

And then, even if we accept that these are some of the core issues, let’s try a little rephrasing of the first three:

Jerusalem: Jerusalem is the (historic) capital of the Jewish state. The Palestinians demand half of it, despite already having a functioning capital at Ramallah.

Palestinian ‘refugees’: Under the euphemism “right of return”, the Palestinians want to destroy Israel as a Jewish state by flooding it with their people.

But it’s the fourth which is the most bizarre:

What has this to do with security? If anyone has demands about security it’s the Israelis who want to be sure that any future autonomous 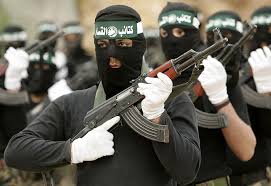 Palestinian state is not a haven for terrorists bent on killing Jews. Which leads us on to the terrorist elephant in the peace-talks room: Hamas. If the BBC had the least shred of honesty and impartiality, under the heading ‘Security’ we should read ‘Israel wants assurances that neither the PA nor Hamas will use its “security” apparatus to commit the kind of atrocities against Israeli civilians which have steadily punctuated the last 60 years’.

What else do we find if we study the language of this and two other recent BBC pieces – one on ‘Reconsidering the two-state solution’ which, touts the far-left one-state solution, where Jews – hopefully – get out of their own land, and another on the ‘disappointment’ felt by ‘Palestinians’ (actually a bunch of rich kids at a Quaker school, complete with glossy pictures of young people) about Obama (no propaganda angle there then)?

How are Israel and the Israelis described, and how the Palestinians? We find references to an Israeli ‘right-wing’ – a real ‘boo’ word for the BBC – on four occasions, but there seems to be no such thing as a Palestinian ‘right-wing’. But the Palestinians do have ‘rights’ (plural), ‘civil rights’ and the inevitable ‘human rights’, which the Israelis are of course suppressing. Quite how the Israelis are managing this, given that the Palestinians have their own government, parliament, courts, press, education system, and so on, is not made clear. That maybe the PA and Hamas are less than entirely respectful of their people’s human rights in not explored (this is after all the BBC). There are also ‘hawkish’ Israelis, but no aggressive Palestinians.

The Palestinian and anti-Israel perspective is consistently and effortlessly adopted and preached. Not only is the West Bank ‘occupied’ (and not ‘disputed’) but Israel itself is on ‘historic Palestine’ (but wasn’t that the Roman name for a Jewish entity, reinvented by the British after WW1?).  The old Zionophobic trope of ‘apartheid state’ is wheeled out. Those Palestinians who refuse to accept Israel and propose the single state only do it because they’re ‘frustrated’ rather than, say, because they’ve always rejected a Jewish state on ‘Muslim land’. The Palestinians are ‘unhappy’ because America gives aid to Israel and didn’t back Abbas’s demands at the UN. One wonders what would make some Palestinians ‘happy’ with the US – short of America supporting the annihilation of Israel?  Finally, the situation of the Palestinians is ‘intolerable’. One wonders then why the leaders don’t make a tad more effort at making peace.

Overall a picture is painted of Israel as doers, the perpetrators of whatever is going wrong and of the Palestinians passive done-to, as innocent victims. For some unknown reason (well actually we do know) we twice hear from the inimitable As-A-Jew, historian Avi Shlaim, that he’s supporting the one-state solution ‘in the light of Israeli actions’, a loaded term if ever there was one. Not only are the settlements a major obstacle to any peace solution, so is the construction of ‘Israel’s barrier in and around the West Bank’. Any rational unbiased observer might think that nothing has brought more peace to the region than that barrier. Notice also the ‘in’ the West bank; more BBC sleight-of-hand. Moreover, the previous peace-talks were derailed because Israel restarted building settlements (and not because the Palestinians never came to the table throughout most of the ten-month building freeze). Any Palestinian misbehaviour is related as impersonally as possible: ‘there is violence’, ‘there are more Palestinians in prison’, without telling us who commits the violence or why they’re in prison. On the occasion when the Palestinians are depicted as doers, the ‘doing’ is of ‘struggle and sacrifice’. One wonders whether the latter includes the ‘ultimate sacrifice of suicide bombers at Jewish weddings and on school-buses’. 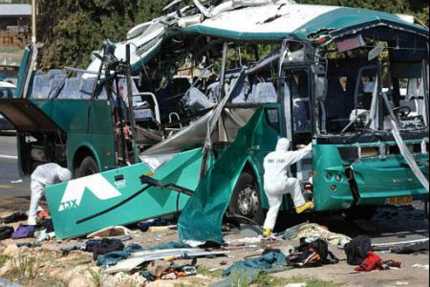 And what about Hamas – who most people might think are pretty nifty at doing? It’s mentioned seven times, notably once as something ‘the United States considers a terrorist organisation’. Weird those Americans, why should they think that? In stark contrast to those frightful (if peaceful) ‘settlements’ Hamas is not presented among the obstacles to peace despite the fact of vowing never to make peace. If anything it’s the Israelis again at fault because they won’t ‘talk’ to it.

The point is this: the BBC’s prejudice and propaganda against Israeli is not just in the topics chosen and the people interviewed, it’s in the very language. The first two are easy to spot, the last is more subtle, more dangerous and mocks to scorn the Corporation’s claim that ‘Impartiality lies at the heart of public service and is the core of the BBC’s commitment to its audiences’.

0 replies on “The ‘Core Issues’ of the Israel-Palestinian Peace Talks, BBC Style”