The bulk of the article is made up of short interviews with three people from the Gaza Strip and three people from southern Israel. In its introduction we see that, one year on, the BBC continues to promote some of the same themes as it did at the time of Operation Pillar of Cloud. The article opens:

“Thursday is the first anniversary of the start of the eight-day conflict between Israel and militants in the Gaza Strip.”

Rather than some amorphous collection of unspecified “militants”, the conflict was of course actually between Israel and the terrorist organization in control of the Gaza Strip – Hamas – which is responsible for the acts of terror emanating from that territory whether they are carried out by its own armed militias or by others. The introduction continues:

“Israel launched Operation Pillar of Defence, which it says was aimed at ending rocket fire from Gaza, with the killing of a Hamas military leader. Israel subsequently carried out hundreds of air strikes on the territory, while Hamas and other groups fired hundreds of rockets into Israel.”

This version of events fails to provide BBC audiences with any of the important context to the beginning of the operation. The use of the phrase “which it says was aimed at ending rocket fire from Gaza” implies that the BBC is not convinced that the fact that between January 1st and November 13th 2012 (the day before the operation began), 797 missiles had been fired from the Gaza Strip at civilian targets in Israel – one hundred and twenty-three of them between November 10th and 13th alone – was reason enough for Israel to take action to stop those terror attacks.

The notion that the conflict began with the death of Ahmed Jabari is one which was heavily promoted by the BBC at the time, and it was enabled by the fact that the BBC’s reporting on terrorist attacks emanating from the Gaza Strip in the months prior to the operation was at best patchy and selective. No BBC reporter set foot on the ground in southern Israel until after the operation began, despite the proximity of its well-staffed Jerusalem Bureau to the region paralysed by six weeks of almost continual missile fire on civilian targets. 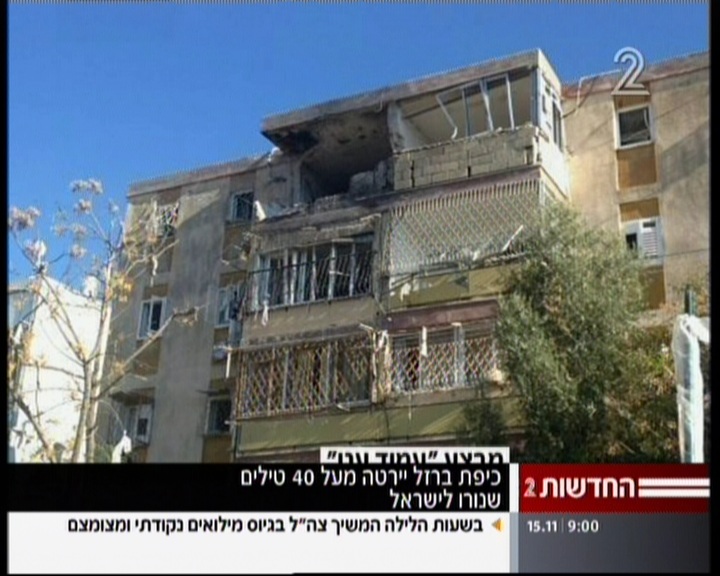 “According to the United Nations, a total of 174 Palestinians were killed, at least 168 of them by Israeli military action, including 101 believed to have been civilians. Hamas’ health ministry says 185 Palestinians, mostly civilians, were killed. Two Israeli soldiers and four Israeli civilians were killed by rocket or mortar fire from Gaza, the Israeli authorities say.”

Notably, the casualty figures cited above from Hamas and OHCHR sources suggest that fewer combatants – and hence, more civilians – were killed during the conflict than do figures from other sources. Clearly, the Hamas claim that the casualties were “mostly civilians” is not credible information and it is inappropriate for the BBC to promote it without independent verification.

It is evident even from this short introduction that the BBC did not carry out effective post-event examination of its coverage of Operation Pillar of Cloud and hence the same inaccurate themes are still being promoted one year on.

Examining another BBC theme from Operation ‘Pillar of Cloud’

A tale of two BBC maps