During the month of January we noted the BBC’s patchy reporting of terror attacks originating in the Gaza Strip and the northern Sinai in two separate articles.

This article includes documentation of attacks which took place between January 1st and the morning of January 16th. Four of those attacks (two on the same day) were mentioned in BBC articles.

This article includes documentation of attacks which took place between the evening of January 16th and January 22nd. None of them was reported by the BBC.

In addition to the above, on January 27th an improvised explosive device was detonated near an IDF vehicle patrolling the border fence between Israel and the Gaza Strip. 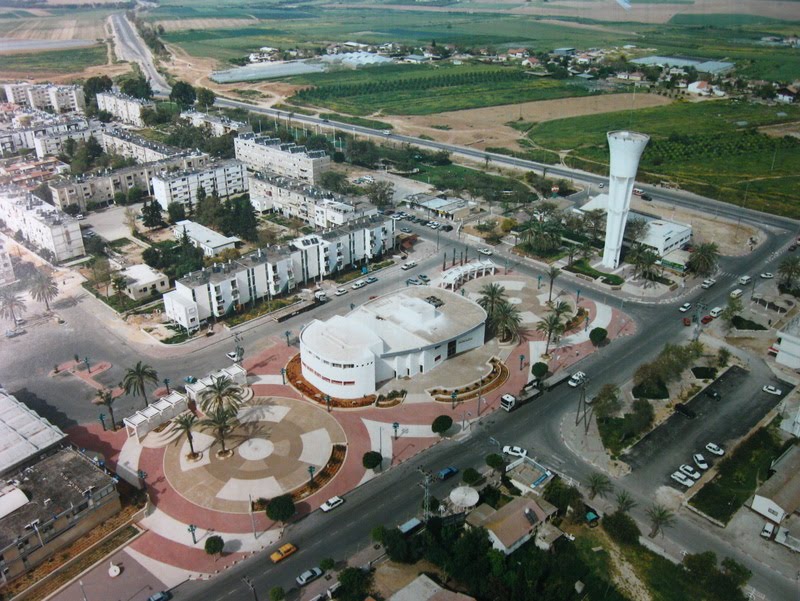 On the evening of January 30th a Grad missile launched from the Gaza Strip exploded near Netivot – home to well over 26,000 residents. The IDF later responded.

On the evening of January 31st Eilat came under missile attack from the Sinai for the second time in eleven days. The Iron Dome missile defence system intercepted at least one of the Grad missiles and the attack was again claimed by the Salafist Jihadist group Ansar Bayt al-Maqdis.

None of those three incidents was reported by the BBC.

The table below sums up January’s attacks and the BBC’s reporting of them. 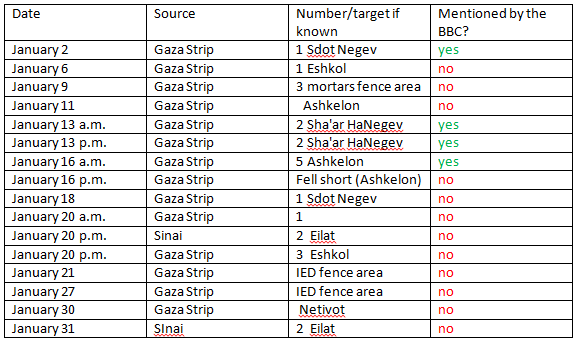 As we see, both the attacks on Eilat from the northern Sinai were ignored by the BBC. Of the attacks originating in the Gaza Strip, both IED attacks have been ignored and of the rocket and mortar fire at Israeli civilian targets, four out of twelve incidents were mentioned in BBC News website articles.

In other words, the BBC’s record of reporting terror attacks on Israel originating in the Gaza Strip and northern Sinai throughout January (even in the form of a brief mention in an article relating to another subject) stands at 25%, with 75% of the attacks having been completely ignored.

That of course means that BBC audiences have been denied three-quarters of the data, are thus unaware of the steep rise in missile attacks from the Gaza Strip in January compared to previous months and hence lack the necessary context which is essential for them to be able to reach informed opinions on the subject of Israel’s responses to the activities of terror organisations on its southern borders.

80% of December missile attacks from Gaza Strip ignored by BBC