Last week the Meir Amit Intelligence and Terrorism Information Centre published a report (at present only in Hebrew) identifying fifty additional Palestinian casualties from Operation Protective Edge, all of whom belonged to terrorist organisations (mainly Hamas) and none of which appeared on the lists of names supplied by the Hamas health ministry and other Palestinian sources. 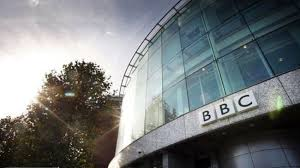 “We believe that the 50 names identified by us represent a partial list and that there were many other terrorists whose names are not included in the various casualty lists,” the center added. […]

The attempt to censor the names “stem from Hamas’s policy of deliberate concealment, in order to serve the diplomatic, media, and legal campaigns against Israel,” Dr. Reuven Erlich, head of the Terrorism and Intelligence Center, told The Jerusalem Post.

He urged international bodies that cite Palestinian casualty lists to be wary, calling such lists “not serious”.”

The Centre has to date identified 1,165 of the names appearing on casualty lists supplied by various Palestinian sources, with 52% of those casualties identified as terror operatives and 48% as uninvolved civilians. Readers can view the previous reports (in English) below.

This latest report also notes that:

“Hamas, for its part, has not yet published a final and authorised list of the casualties from Operation Protective Edge…”

As we have unfortunately had cause to note here on several previous occasions, the BBC has also not carried out any follow-up work on this issue and continues to quote and promote increasingly problematic casualty figures and civilian combatant ratios which it has not independently verified.

The report is now available in English here.