Most Israelis – even those who don’t support the settlement enterprise – don’t believe that continued construction across the green line (the overwhelming majority of which is located in areas which will likely become part of Israel in any future peace deal) is as important as the answer to one question: What will happen the day after a ‘peace deal’ is signed?

Guardian executive editor Jonathan Freedland published an op-ed at The Jewish Chronicle about the legacy of Yitzchak Rabin on the 20th anniversary of his assassination by Yigal Amir (An assassin’s bitter legacy, Oct. 29th). 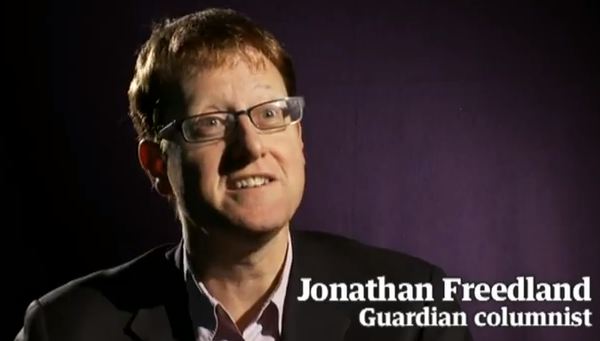 While Freedland correctly notes that Amir’s intention was to kill the peace process, he gives the far-right Jewish extremist way too much credit in suggesting that the two bullets fired into the back of Rabin were indeed the cause of the subsequent failures of Oslo.

In suggesting that Rabin was “the only Israeli leader who has genuinely seemed both willing and able to solve the…endless conflict”, Freedland fails to acknowledge that both Ehud Barak and Ehud Olmert, in 2001 and 2008, demonstrated a “willingness” to the solve the conflict by offering the Palestinians what Rabin didn’t even consider: a sovereign, contiguous state in most of the West Bank, Gaza and east Jerusalem.

Palestinian leaders – Yasser Arafat and Mahmoud Abbas – rejected these offers. Indeed, Arafat not only refused to take yes for an answer, but then proceeded to launch a violent intifada which left thousands of Israelis and Palestinians dead.

Freedland’s omission of these inconvenient truths is significant, because it allows him to maintain that it was the assassination of Rabin, and not Palestinian rejectionism and violence, which killed Oslo – or, at least, eroded the Israeli belief in the peaceful intentions of Palestinian leaders and the logic of land for peace.

Tellingly, Freedland only mentions the word “Palestinians” once (in passing) in his entire op-ed.

However, Freedland is far from alone in ignoring the important role Palestinians play in the ongoing conflict.  In following the Tweets and news reports from Israelis in attendance at the Rabin memorial Saturday night (marking 20 years since the assassination), the absence in any of the speeches of any reference to what Palestinians can do to advance peace was quite glaring.

Typical was the address by former US President Clinton, who told the crowd of 100,000 that Rabin “gave his life so that [Israelis] could live in peace.  He then added: “Now that is up to you...all of you now must decide when your leave here tonight… how to finish the last chapter of his story.”  Rabin knew, Clinton said, that “the risks of peace are not as severe as the risks of walking away from it.”

“Those who loved him and love your country”, he emphasized, “are praying that you make that decision“.

Of course, by “you”, he meant Israelis and only Israelis.  Palestinians – and their responsibilities – were invisible.  Suggestions as to what Palestinians could do to inspire Israeli confidence in their peaceful intentions were not offered.

Indeed, it’s inconceivable that Clinton (or any major Western leader for that matter) would ever implore a massive crowd of Palestinians to end the culture of incitement, antisemitism and the glorification of violence, and to make the risky moves necessary for peace.

Peace advocates within Israel, and their political allies abroad, continue to get the Israeli-Palestinian Conflict wrong because they don’t see the Palestinians as moral actors who are at least partly responsible for their own fate.  Of course, the intellectual corollary of this denial of Palestinian agency is that they similarly fail to understand Israeli fears predicated upon often destructive Palestinian behavior since Oslo.

The reason why the Israeli peace camp has died is not – as the Guardian is always suggesting – because the country has “moved right”. And, it’s not because Israelis reject the idea of a two-state solution. Polls indicate that a majority of Israelis still support the idea of a Palestinian state.  Rather, the reason why most Israelis aren’t waxing eloquently anymore about peace is that most no longer believe that ceding land to the Palestinians will necessarily bring about peace.

This sober conclusion – within the broad Israeli center – was reached as the result of many factors. These include Palestinian leaders’ rejection of Israeli peace offers, the results of the country’s withdrawals from S. Lebanon and Gaza, and the failure of even putatively “moderate” Palestinian leaders to end demonizing rhetoric about Jews and prepare their people for peace.

Most Israelis – even those who don’t support the settlement enterprise – don’t believe that continued construction across the green line (the overwhelming majority of which is in areas which will likely become part of Israel in a future peace deal) is as important as the answer to one question: What will happen the day after a ‘peace deal’ is signed?

Will Palestinian leaders and citizens of the nascent state truly drop all historical claims against Israel and get on with the messy business of statehood?

Will they work as hard at building democratic institutions and nurturing a culture of peace and tolerance as they did towards “resisting the occupation?

Will they defend their new state against a potential takeover by Hamas or other extremist groups?

Unless Western leaders and those within the opinion elite are prepared to take these questions seriously and hold Palestinians responsible for decisions which are inimical to co-existence, Israelis aren’t going to be moved by empty platitudes about “peace” to make irreversible decisions which may actually make terror and war more likely.

Yigal Amir was deluded in many respects, the least of which was his idolatrous belief in the supremacy of land over life.  However, there was one other delusion he embraced: that he could single-handedly kill not only Rabin, but the peace the prime minister sought and for which his nation so passionately longed.  Though Amir succeeded in the former, he couldn’t – even in carrying out his despicable deeds – succeed in the latter.

Rather, Rabin’s dream will only be defeated – and Yigal Amir’s victory achieved – if we forget one fundamental principle: though the Palestinians arguably ‘deserve’ a state, Israelis certainly ‘deserve’ peace.

If Israelis can’t be convinced that the former will result in the latter, no amount of lofty, soaring and soothing rhetoric about peace will convince them of the supremacy of hope over the sober reality born of the Israeli experience – and indeed the broader lessons learned from thousands of years of Jewish history.