As was documented here a few days ago, the synopsis to a filmed report which appeared on the BBC News website’s Middle East page on April 15th inaccurately described its subject matter as follows:

“The real life story of the Palestinian doctor who lost his children in Israeli air-strikes has been turned into a play.” [emphasis added]

Following contact from BBC Watch that synopsis was amended and it now opens:

“The real life story of the Palestinian doctor who lost his children when Israeli shells fell on his home in Gaza, has been turned into a play.” 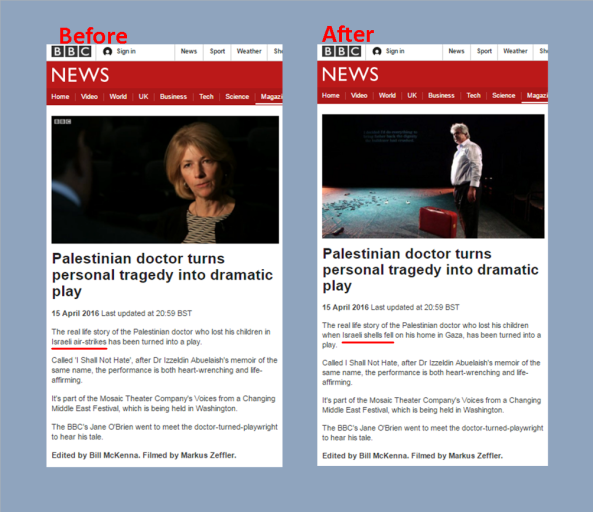