What Sky News Arabia claims was "1000 settlers storming al-Aqsa" actually refers to 1000 Jews peacefully and legally visiting the Temple Mount (Judaism's holiest site) on Tisha B'Av, the Jewish day of mourning to commemorate the destruction of the first and second Temples.

Sky News Arabia, launched in 2012, is a joint venture between UK-based Sky News and Abu Dhabi-based Media Investment Corporation.  In addition to their website, Sky News Arabia has a news network available to 50 million homes in the Middle East, and a strong social media presence, with over 3 million Twitter followers and more than 11 million Facebook ‘Likes’. 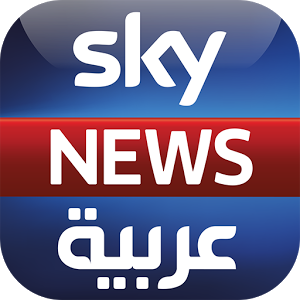 In June we posted about a Sky News Arabia report which falsely claimed a group of “Israeli extremists stormed the mosque” when, in fact, Jewish visitors did not enter, let alone “storm” the mosque.  The report also obfuscated the fact that Muslim worshipers taunted peaceful Jewish visitors and then, when police arrived to restore order, began pelting the officers with stones.

A Sky News Arabia story published on August 1st made a similarly fictitious claim about Jewish visitors to the Temple Mount. (Translation by CAMERA’s Arabic Department)

The biggest infiltration into Al Aqsa mosque in 50 years.

Here’s the text of the article, which is based on a report by WAFA, the official PA state news agency:

More than 1000 settlers have stormed Al Aqsa mosque in occupied Jerusalem on Tuesday. The settlers were under the protection of the Israeli forces. The number of settlers that stormed the mosque is the highest since 1967. Wafa Palestinian News agency said that about 870 settlers have stormed Al Aqsa in the morning. The agency said that the storming of the mosque was after “The organization that stormed the alleged temple” called on mobilizing the biggest number of settlers to storm Al Aqsa in the so-called day of “The destruction of the temple”. The agency added that during the afternoon hours and additional 209 settlers have stormed al Aqsa. The occupation forces have enforced a restricted security measurement during the evening in order to facilitate the passage of the settlers who always chant racist slogans.

As Palestinian Media Watch has explained, WAFA typically characterises any Jewish presence on the “alleged” Temple Mount as an “invasion” or “infiltration” of al-Aqsa mosque, despite the fact that non-Muslim visitors to the compound do not actually enter the Al-Aqsa mosque or the Dome of the Rock.

What Sky News Arabia claimed were “settlers storming al-Aqsa” actually refers to Jews peacefully and legally visiting the Temple Mount (Judaism’s holiest site) on Tisha B’Av, the Jewish day of mourning to commemorate – among other Jewish tragedies – the destruction of the first and second Temples.

Here’s a video released by Israeli Police on the day in question showing what “settlers storming al-Aqsa” looks like in real life:

Further, we could find no evidence to support Sky News Arabia’s claim that Jewish visitors to the Temple Mount even occasionally – yet alone “always” – chant racist slogans at Muslims. In fact, something closer to the opposite is true, as there are often reports of Muslims taunting and intimidating Jews who peacefully visit the site. In one such incident from 2014 caught on video, young Jewish children and their parents were continually heckled by a mob of Muslim worshipers.

Sky News Arabia claims – which evoke some sort of Jewish invasion of al-Aqsa – are not merely erroneous, but help amplify Palestinian propaganda over the “endangered” Mosque – a libel which, as recent events in Jerusalem and the West Bank demonstrated, continues to incite riots and foment terror.