On April 14th Kazem Gharibabadi, who describes himself as “Ambassador and Permanent Representative of the I.R. of Iran to the UN, Vienna”, posted a Tweet with a copy of a letter he had sent to the head of the International Atomic Energy Agency (IAEA). 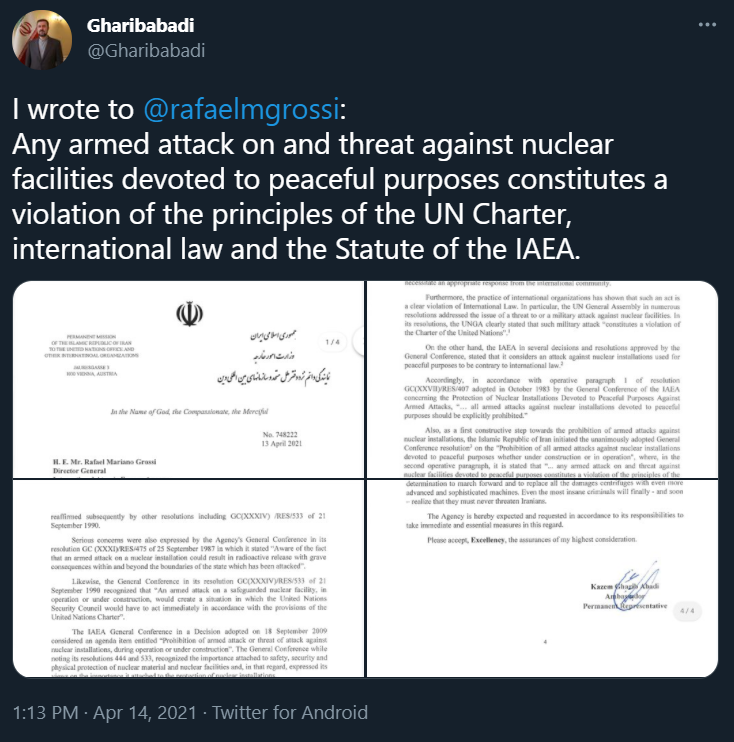 As noted by Hillel Neuer of UN Watch, that letter includes an interesting statement.

In other words, according to the Iranian envoy, Syria had a nuclear facility in 2007.

As readers may recall, Syria, in contrast, has long claimed that the al Kibar site in the Deir ez-Zor region was “a military non-nuclear installation” and the BBC has repeatedly amplified such Syrian claims.

In 2013 the BBC produced a report in which the site was described as “a suspected nuclear facility” despite the IAEA having stated two years earlier that it was “a nuclear reactor under construction”.

In 2018 the BBC again repeatedly described the facility as “a suspected nuclear reactor” and amplified Syrian denials.

“Syria’s government has repeatedly denied that it was building a reactor.” 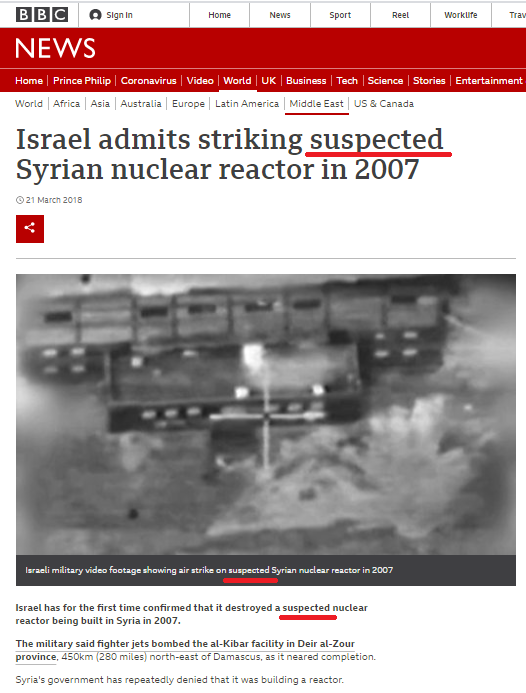 Despite a decade having passed since the IAEA concluded that the al Kibar site was a nuclear reactor, the media organisation which claims that “more people in more places trust BBC News than any other news source” has still not provided its audiences with an accurate and unqualified portrayal of the facility put out of action by Israel in 2007.

The Iranian envoy’s letter presents an opportunity for the BBC to reassess its editorial approach to that topic and address the misleading content still available on its website.

BBC NEWS STILL NOT SURE AL KIBAR WAS A NUCLEAR REACTOR