The unusual visits to Moscow and Berlin by Israel’s prime minister Naftali Bennett on March 5th were reported by the BBC News website on its ‘live’ pages for that day and the next. 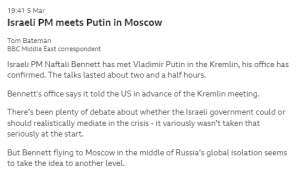 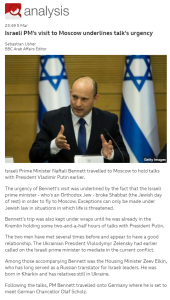 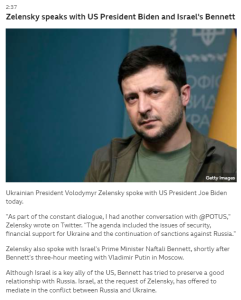 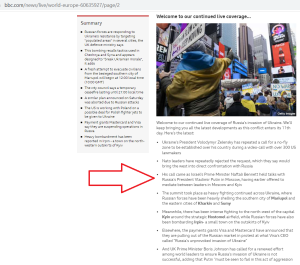 The topic was also mentioned in a March 6th BBC News website report headlined “War in Ukraine: Zelensky urges Ukrainians to go on the offensive” which appeared on its ‘Europe’, ‘World’ and ‘War in Ukraine’ pages.

“…Mr Putin met Israeli Prime Minister Naftali Bennett in Moscow on Saturday, his first meeting with a Western leader since he launched his invasion of Ukraine.

Mr Bennett, who is said to have a friendly relationship with the 69-year-old leader, has previously offered to broker peace talks between Kyiv and Moscow.”

The evening edition of the March 5th BBC World Service radio programme ‘Newshour’ included an interview (from 30:05 here) with Israel’s former UN representative Danny Danon on the topic of the visit. 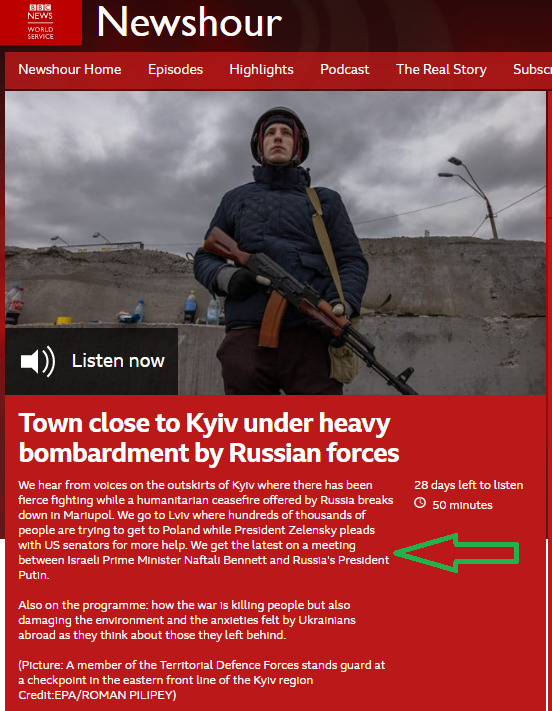 However, when the BBC’s international correspondent Lyse Doucet reported live from Kyiv on the afternoon of March 6th, her presentation of countries which have “offered to mediate” only mentioned Turkey, Hungary and Saudi Arabia, along with phone calls with Putin by the leaders of France and Germany. 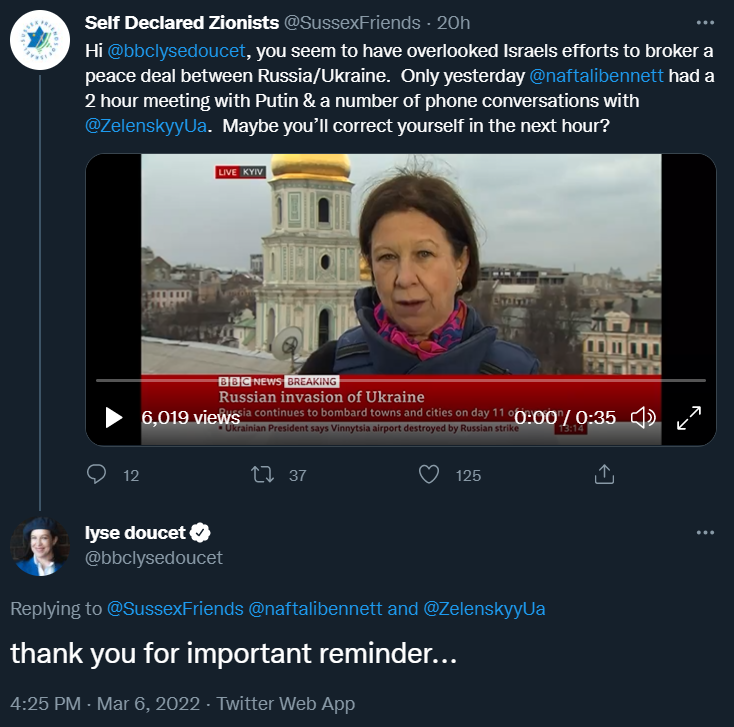 Later in the day BBC television viewers were indeed told that:

“And amid the fighting, the diplomacy continues. This morning Israel’s prime minister briefed his cabinet on his talks yesterday with Vladimir Putin.”

Voiceover Bennett: “Even if the chance is not great, as soon as there’s even a small opening, I see this as our moral obligation to make every effort.”

It is undoubtedly unfortunate when the BBC’s chief international correspondent has to be ‘reminded’ by members of its funding public of information that the corporation has already reported on multiple platforms.