On December 2, 2022, a Palestinian man (Imad Mahdi Naif Muflah, also known as Ammar Mufleh), armed with a knife, tried to break into an Israeli car in Hawara, south of Nablus in the West Bank.  An off-duty IDF officer and his wife were in the vehicle at the time. When Mufleh realised the door was locked, he picked up a rock at tried to smash the window.

The Israeli man shot at Mufleh, apparently wounding him. Then, seeing a patrol of Border Police officers nearby, Mufleh approached and stabbed two of them, and then tried to take one of their weapons. The commander then shot and killed him. Both the commander and a Border Police fighter were wounded.

Though an edited clip of the incident was circulated by antisemitic propagandist Mohammed el-Kurd, showing only the few seconds where the shooting can be seen, a longer video, which included footage of the initial struggle, was tweeted by former IDF spokesperson Peter Lerner a few hours later – which we’ll show below.

When Ammar Mufleh travelled to the West Bank town of Huwara, his relatives said that all the young Palestinian had on his mind was collecting a prescription.

But by that afternoon, Mufleh was lying on the pavement, dying after being shot four times by an Israeli police officer in an incident some have described as a roadside execution.

After context concerning the rise in West Bank violence in recent months, the article continues:

Speaking to The Telegraph from their home near Nablus, Mufleh’s relatives insisted that the young man had no links to any militant groups and denied that he was the initial aggressor.

Khifam Mufleh, 50, said that her nephew was a cheerful, easygoing young man who was more interested in TikTok videos than politics.

According to the Meir Amit Intelligence and Terrorism Information Center (ITIC), the Fatah movement in
Usarin issued a mourning notice for him, noting he belonged to its ranks.  The death notice in question is shown in the very photo used in the Telegraph article. 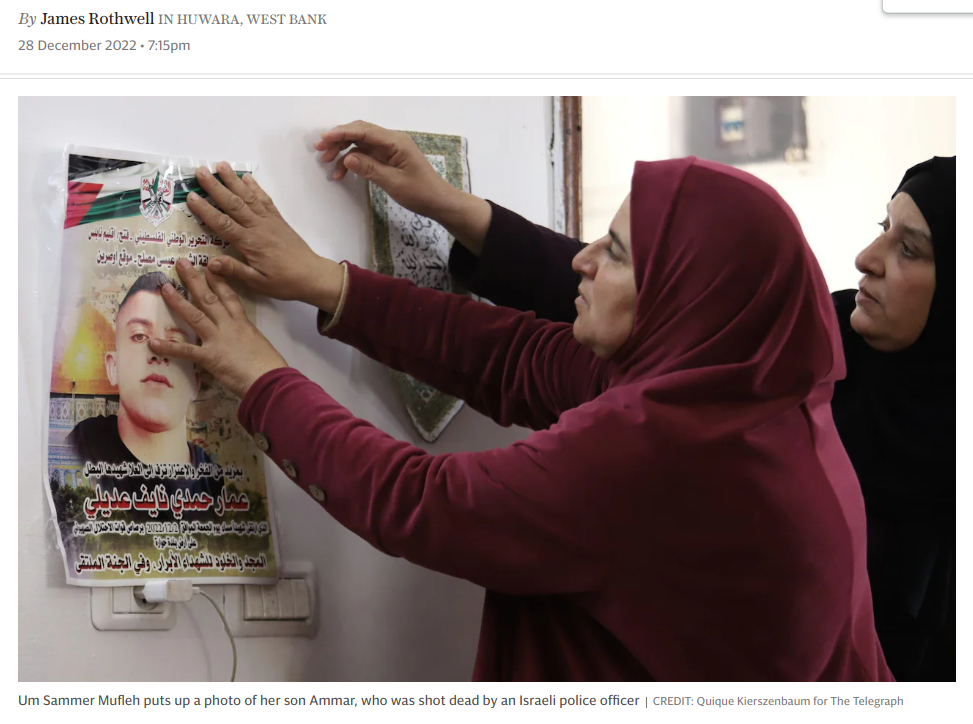 Mufleh, according to the ITIC, also had a record of participating in violent clashes, was previously arrested, and reportedly told his mother he wanted to die as a “shahid” (martyr). The ITIC reported there were dozens of posts on Mufleh’s Facebook page praising violent “resistance” and mourning slain members of the Lion’s Den terror group.

“He was walking along the side road and a [Israeli] settler was passing him and tried to corner Ammar,” said the young man’s uncle, who declined to give his name.

Mufleh was then shot at by the settler as Israeli forces arrived at the scene, he said.

“Ammar got injured and fell down. Then he got up and started arguing with the security officer.”

Rothwell then notes the video:

The rest of the fatal confrontation with that officer was captured in grim detail in video footage filmed by a passer-by.

After being caught in a headlock by the policeman, Mufleh broke away and tried to grab hold of the officer’s rifle. The officer then drew his pistol and, as Mufleh started backing away, he shot him four times.

“He was afraid of being shot, so he tried to pull [the rifle] away,” his uncle said.

However, this is strongly disputed by his relatives and witnesses, who also pointed out that he was unarmed.

However, here’s the video tweeted by former IDF spokesperson Peter Lerner demonstrating that what occurred was not anything that could even conceivably be described as an “execution”, and showing that several Palestinians were trying to take the officer’s weapon:

I can confidently say that any AAR will determine that the officer acted with distinction. Here’s a longer version showing 2 other Palestinians trying to snatch the rifle. I’ve criticized the IDF on issues of transparency since my retirement, this isn’t one of those times. pic.twitter.com/t3SbHJXHrx

Here’s a photo released by the Israeli Police showing one of the stab wounds inflicted on one of the officers by Mufleh, contradicting the claims of his relatives: 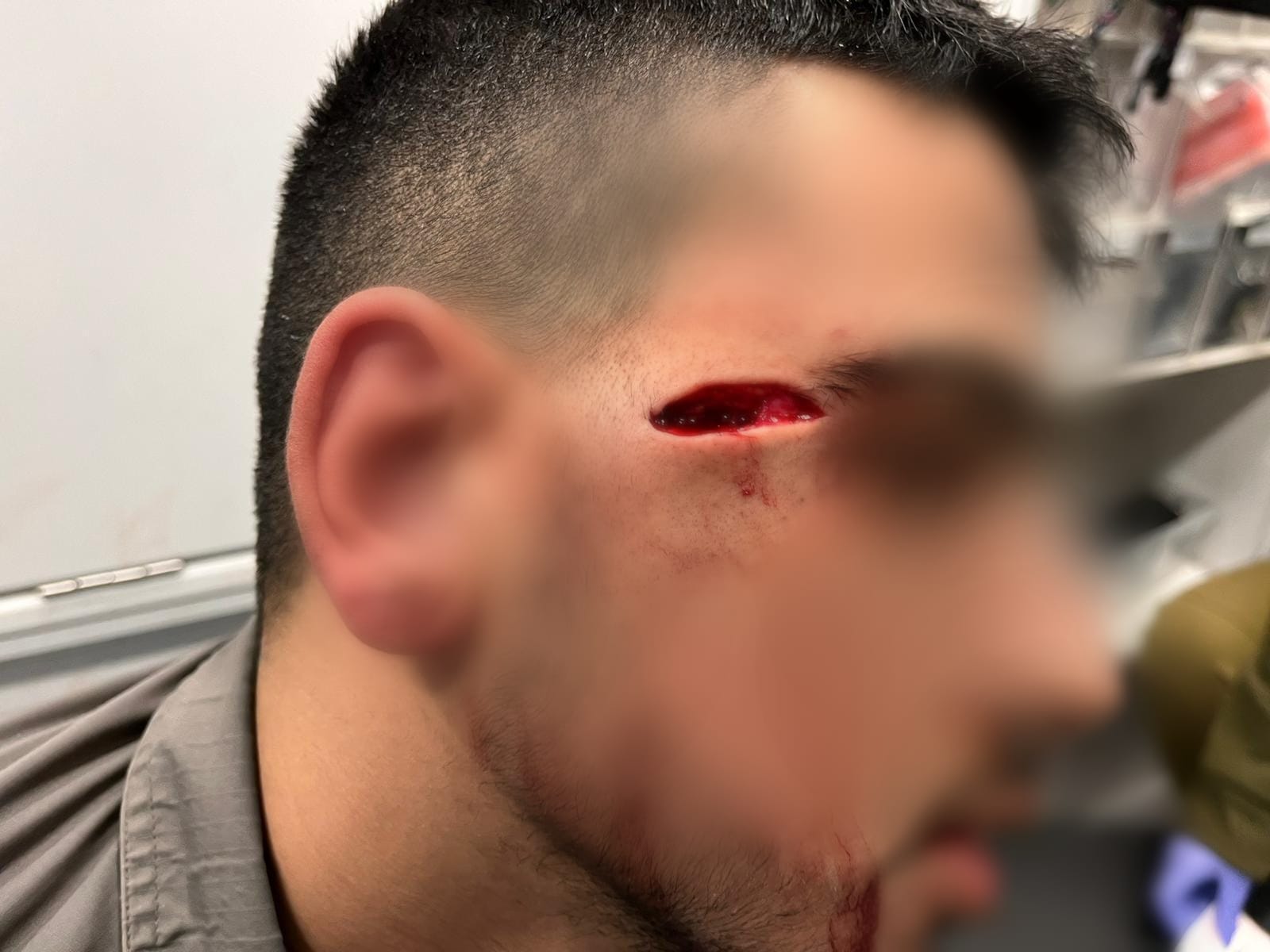 Here’s the full Israeli Police’s twitter thread on the incident:

The Telegraph’s inclusion of the term “execution” to describe Muflah’s death, while omitting evidence undermining that narrative, represents a deliberate decision to legitimise the most incendiary and morally reckless rhetoric possible – hyperbole, we’ve clearly demonstrated, completely divorced from the facts.