Of course, those who believe, with an almost religious intensity, that the United States is a hotbed of anti-Muslim bigotry won’t be moved by this study.

However, anyone with even the faintest interest in an empirical analysis of this issue might be interested in a new 40 page report by the Center For Security Policy which not only debunks the claim that Muslim Americans are disproportionately victimized by religiously inspired bias crimes, but clearly demonstrates Jewish victims are, in fact, far more likely to be the target of such crimes.

As such figures don’t affirm (CiF America blogger) Michael Tomasky‘s preconceived conclusions, we can expect him to ignore these findings. 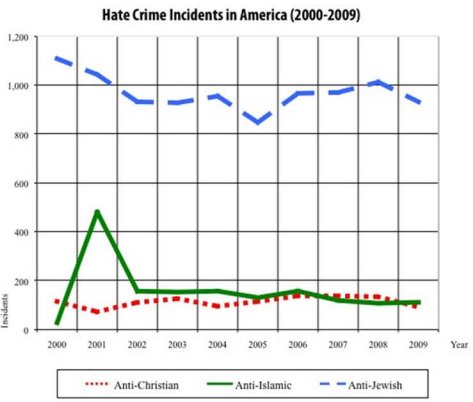