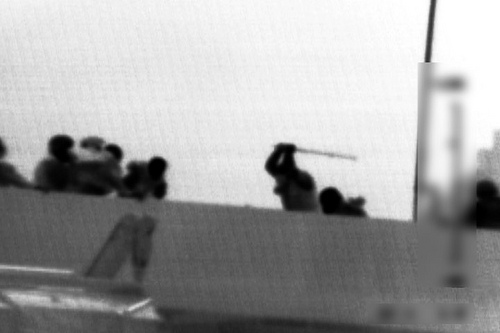 The New York Times has obtained a copy of the UN Palmer Report – a 105 page document which will be released on Friday – which finds that Israel’s naval blockade of Gaza is “LEGAL“, “appropriate”, consistent with international law, and that IDF Naval forces have the right to stop Gaza-bound ships in international waters.

While the report was also critical of some of the tactics used by the IDF in defending themselves from IHH terrorists, it also stated quite unambiguously that their use of force was morally justified, and noted that when Israeli commandos boarded the main ship they faced “organized and violent resistance from a group of passengers” and were therefore required to use force for their own protection.

The report also is hard on the IHH sponsored flotilla, Mavi Marmara, asserting that it “acted recklessly in attempting to breach the naval blockade.”

While the report certainly isn’t one-sided, and indeed includes some criticism of Israel pertaining to the way the IDF Navy responded to the violence on board the Mavi Marmara, it simply can no longer be honestly claimed, by anti-Israel activists or Guardian/CiF commentators, that the blockade enforced by the Israeli Navy to prevent arms from being smuggled into Gaza is in breach of international law.

As such, we can expect the Guardian – whose coverage of the flotilla incident represented an egregiously reckless, biased journalistic rush to judgment – to either downplay or totally ignore the report’s findings.

No word yet on whether Guardian cartoonists Martin Rowson or Steve Bell will revise their fictitious, defamatory and hideous caricatures of Israeli behavior on that fateful day.