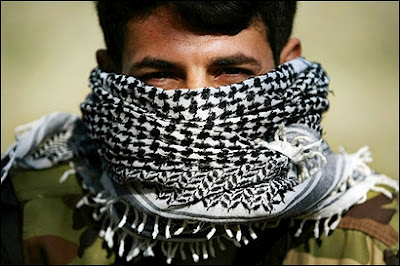 Those who seek to destroy Israel by a thousand cuts scored a much publicized victory when The Co-operative Group, the UK’s fifth largest food retailer, announced (in late April) that it would “no longer engage with any supplier of produce known to be sourcing from the Israeli settlements”.

A major battle was won in the just war to free the Palestinian people, or so goes the self-congratulatory bloviating of a small but vociferous clan of activists.

Better still, this hard-fought victory of right over might was achieved without a single shot being fired. Non-violent protest at its most effective, no?

Let’s put to rest the canard that the BDS Israel campaign is in any way non-violent. Prominent British lawyer Anthony Julius, in his ‘Trials of the Diaspora: A History of Anti-Semitism in England’, describes the inherently violent nature of boycott campaigns:

“The boycotted person is pushed away by the general horror and common hate…It is a denial amongst other things, of the boycotted person’s freedom of expression….To limit or deny self-expression is thus an attack at the root of what it is to be human.”

Long before Jordan’s West Bank became Israeli-occupied Palestine, there was the Arab economic boycott of Israel, one component of a decades-long effort to eviscerate the Jewish state. And today, the song remains the same, with the BDS Israel movement not merely advocating policy change, but actively campaigning to purge Israel, both within and without the ‘Green Line’, of every last vestige of Jewish character and sovereignty.

BDS Israel is a soft war that perverts the sincere, commendable desire of students, artists and others for social justice into a movement that espouses a simplistic, distorted view of the Middle East in general and Israel in particular. By equating democratic Israel with Apartheid South Africa, BDS Israel proponents seek to fill a yawning chasm of ignorance with their own corrosive biases regarding Israel.

Once a foundation of fiction is laid, it becomes easy to build the case for isolating Israel by conjuring up the specters of discrimination, oppression and colonialism from the dark annals of human history. The ‘Never Again’ battle cry is thus hurled like a boomerang back at the most persecuted people in history. And voila, the dismantling of the Jewish State becomes as noble an aim as was that of dismantling Apartheid South Africa.

These people of good conscience who seek to do nothing more than end Israeli repression and Israeli war crimes are worthy of further examination. According to the Jerusalem Center for Public Affairs, many of the non government organizations that are spearheading the effort to end Israel’s colonization of Palestinian land are ‘either fictional, non-existent, and even, in some cases, front-organizations for Hamas and other terror groups.’

Had The Co-operative Group been better informed, it may have sought to dole out its misguided brand of social justice at such perennial human rights violators as Sudan, Syria, Iran, or Zimbabwe.

If The Co-operative Group had the support of Palestinian rights in mind, it may have thought twice before targeting the Middle East’s only true democracy, undergirded by a robust freedom of the press and an active, independent judiciary that helps ensure the equality of all Israel’s citizens – Jew, Muslim and Christian.

BDS Israel was conceived at the 2001 Durban Conference on Racism, where Israel was singled as the only nation earth that warranted the imposition of boycotts, divestment and sanctions.

Next, such Palestinian luminaries as Omar Barghouti, who studies at Tel Aviv University, stepped in to act as midwives, bringing BDS Israel into existence. Barghouti has openly and repeatedly called for a one state solution to the Israeli-Palestinian conflict. In other words, this founding member of the Palestinian Campaign for the Academic and Cultural Boycott of Israel (PACBI) supports the destruction of Israel.

Finally, BDS Israel was nurtured and grew loud and fat thanks to the round-the-clock care of a cabal of guilt-stricken Western academics. Pacifist and post-modernist in their view of the world, these leading intellectual lights look back in shame at the behavior of the colonists towards the colonized. Decades later, this guilt manifests itself by way of sympathy for oppressed nations demanding self-determination.

Yet, for all of BDS Israel’s sound and fury, the movement’s leaders have precious little to point to by way of concrete accomplishments, which in itself points to a fetishizing of style over substance, of political grandstanding over principled protest.

To date, Israeli foreign exports are soaring and the Tel Aviv Stock exchange has more than doubled in the last two years. As such, the BDS movement has had no discernible impact on the Israeli economy.

Still, the guerilla chic appeal of BDS Israel all but ensures that a persistent, overblown coverage of this rather inane movement will continue well into the future.

Apparently, movements for social justice only become fashionable if they are loudly anti-Western, superficially pro-democratic yet remarkably mute when it comes to the vast majority of crimes against humanity inflicted by the once colonized against their own people.

Like Loading...
Tags from the story
Anti-Zionism, Antisemitism, BDS, Boycott, Co-operative Group, Comment is Free, Delegitimization, Guardian, Omar Barghouti, Palestinian Campaign for the Academic and Cultural Boycott of Israel
Written By
Guest/Cross Post
More from Guest/Cross Post
A guest post by AKUS The pundits are out in force explaining...
Read More