There’s just so much unintentional comedy in this “report” at Al-Qassam, the English website of the military wing of Hamas, titled “The storming of the Aqsa Mosque sets off alarm bells“, May 21, I’ll post a screen shot of the entire post for your enjoyment. 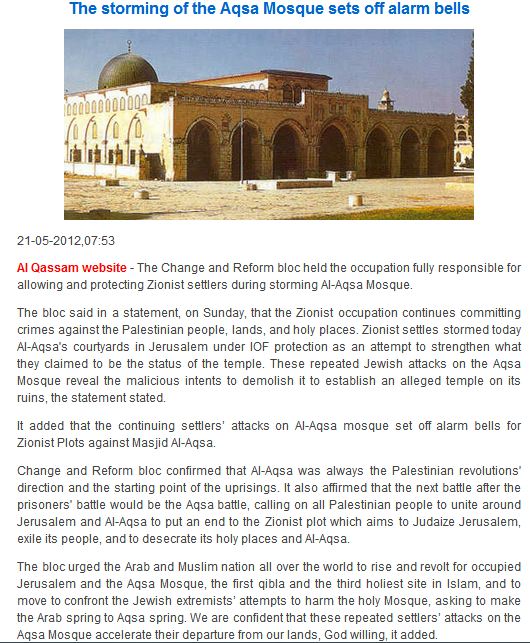 How does the ‘Change and Reform’ wing of Hamas – a movement which cites the ‘Protocols of the Elders of Zion’, calls for the annihilation of Israel and the murder of Jews in its founding charter – differ from the more ‘conservative wing?