This afternoon (around 16:50 local time) the IDF announced that it had targeted Ahmed Jabari – the Hamas military commander.

“In the past hour, the IDF targeted Ahmed Jabri, the head of Hamas’ military wing, in the Gaza Strip. Jabri was a senior Hamas operative who served in the upper echelon of the Hamas’ command and was directly responsible for executing terror attacks against the State of Israel in the past number of years.

The purpose of this operation was to severely impair the command and control chain of the Hamas leadership, as well as its terrorist infrastructure. This was a surgical operation in cooperation with the Israeli Security Agency, that was implemented on the basis of concrete intelligence and using advanced capabilities.” 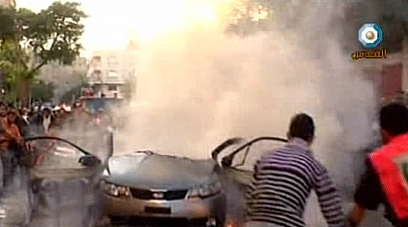 IDF Chief of Staff Benny Gantz announced the beginning of Operation ‘Amud Anan‘ (Pillar of Cloud): schools and universities have already been closed in the south of Israel and residents instructed to stay near their safe rooms and shelters. Around 17:00, rockets were fired from the Gaza Strip at the Hof Ashkelon area in Israel.

Israeli television also reported that a storage facility of long-range (75km) Fajr missiles had been targeted, as well as other terror-related sites. 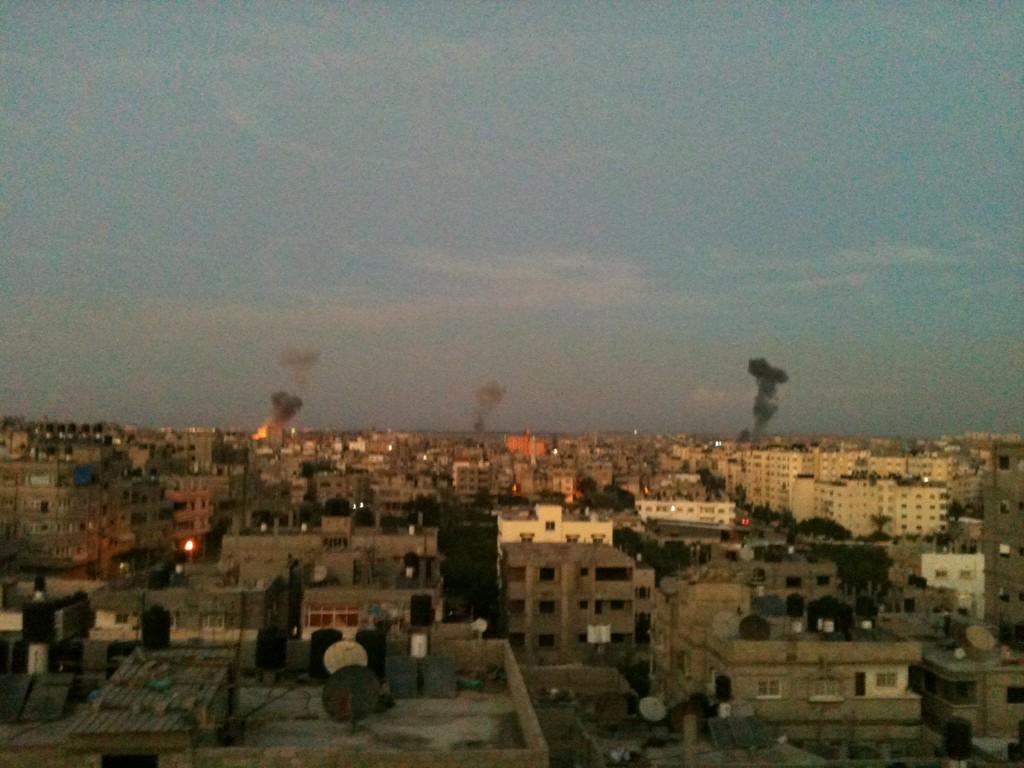 The BBC’s initial news report on the events can be read here , including a list of ‘Hamas leaders assassinated by Israel’ – which includes among others Mahmoud al-Mabhouh, despite there being to date no proof of that claim.

The BBC News website is also carrying a live page which can be seen here .

The IDF has released video footage of the strike against Jabari.

Reports that Jabari’s successor Ra’ad Atar had also been killed appear to be mistaken. Reportedly, Atar put out a statement saying that “All Zionist targets are legitimate – even beyond Tel Aviv”.

In the precision strikes carried out so far, 7 terrorists and 2 civilians appear to have been killed.

A barrage of rockets was fired at Be’er Sheva and other areas shortly after 20:00. Some were intercepted by the Iron Dome. All shopping centres and non-essential places of work in regions up to 7 kms from the Gaza Strip will be closed tomorrow.

On the BBC News website’s live news feed we find Jeremy Bowen giving his particular strain of ‘analysis’ of events both in writing and TV interviews:

Jeremy Bowen BBC Middle East editor says: “The assassination of the head of the Hamas armed wing Ahmed al-Jabari is a deliberate escalation by Israel. The inherent risk of a new war is the reason why its chief military spokesman has warned Israelis to brace themselves. It is hard to imagine Hamas not hitting back.”

Jeremy Bowen BBC Middle East editor says: “Israel says it killed the Hamas military leader because he had a lot of blood on his hands – and as an answer to Palestinian rocket fire. But there will be questions about the timing of Israel’s action. The Prime Minister Benjamin Netanyahu has called an election in January. In the past, military strikes have been used to send messages about the toughness of Israeli leaders.”

The erroneous idea that today’s operation has connections to the upcoming Israeli elections – a theme we have previously seen used on several occasions by Jon Donnison – was also promoted by the newsreader.

As of 20:20, the Iron Dome missile defence system had intercepted 13 rockets above Be’er Sheva, Netivot and Ofakim.

The BBC now has a ‘News in Pictures‘ item up on its website featuring pictures of the strike on Ahmed Jabari’s vehicle. Notably, there was no ‘news in pictures’ from southern Israel earlier in the week whilst over 110 rockets targeted Israeli civilians.

As mentioned above, at least seven of the dead are known to be terror operatives. Davies neglects to mention the fact that Hamas places military installations in civilian areas:

“IDF Spokesman Brig.-Gen. Yoav Mordechai blamed Palestinians in Gaza for storing weapons in residential areas of the Strip, saying, “unfortunately, some of the targets are near kindergartens and near mosques.” “

Here is a video, released yesterday by the Popular Resistance Committees, of the November 10th attack on an Israeli patrol jeep – inside Israeli territory – which began the latest round of escalation in the south.

The IDF has released an aerial photograph of the Zeitoun neighbourhood in Gaza City showing the proximity of a Hamas underground Fajr 5 rocket launching pad in relation to civilian structures.

As of 22:32 local time, 55 rockets had been fired throughout Wednesday evening at civilian targets in Israel.

Here is yet another BBC News presenter pushing the ‘election campaign’ line – as well as referring to the deliberate targeting of civilians as “tit for tat responses”.  Fortunately, this time the claim was met by an appropriate response.

In contrast, in this BBC News broadcast, former ‘Global March to Jerusalem’ organizer and participant Mustafa Barghouti is given a fairly free rein to misrepresent events by claiming that “This escalation started with Israeli air attacks on Gaza” and promote the “apartheid” and “election campaign” narratives. The “very peaceful, non-violent acts of resistance” which Barghouti mentions as having taken part in on Wednesday were actually a series of disturbances which resulted in the injury of two Israelis due to stone throwing.

The presenter once again uses the phrase “tit for tat” and states that “over a thousand Palestinians were killed” in Operation Cast Lead without clarifying that over half of them were members of terrorist organisations.