Late on the evening of December 18th the Middle East page of the BBC News website promoted an article under the headline “Palestinian dies in Israeli raid”, with the sub-header reading:

“A Palestinian man is killed and at least four wounded after Israeli troops launch a “counter terrorism” operation in the West Bank.” 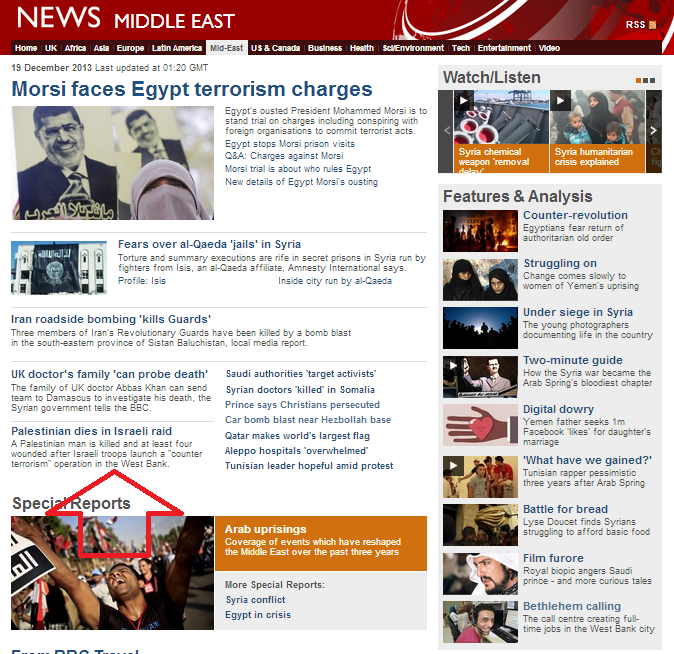 The article at the link was titled “Palestinian dies during Israeli raid in West Bank” and much of it seems to be taken from a Ma’an News Agency report.

In the body of the article itself it is written:

“Israel said its forces opened fire after being attacked during “counter terrorism activity” in the camp.”

The unnecessary use of scare quotes around the phrase counter-terrorism both on the Middle East page and in the article itself raises the question of whether that is the result of the BBC not being entirely convinced that an operation to arrest a wanted member of a terrorist organization (in this case, apparently  Hamas) should be described as counter-terrorism, or whether it is the product of the BBC’s well-known aversion to the use of the word terror and its unfortunate habit of describing recognized terror organisations as “militants”.

It is no longer possible to provide a link to that article because on the morning of December 19th it was removed and replaced at the same URL by an article going under the heading “Two Palestinians die in W Bank raids”. 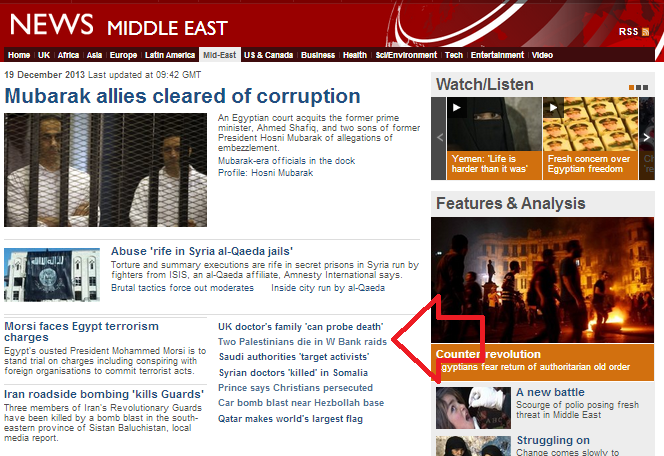 Later on in the day, the article’s profile on the page was raised and a sub-heading added which describes a member of the Palestinian Islamic Jihad as a “militant”.

The link leads to an article with the same title. 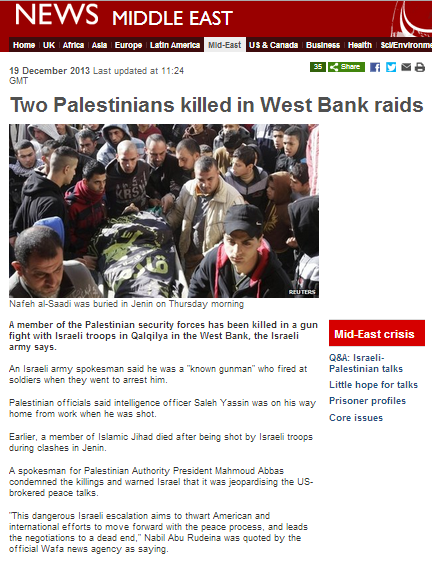 The bulk of that article relates to a separate incident which took place in Qalqilya on the same evening in which a member of the Palestinian Security Forces was shot after he fired at Israeli soldiers. 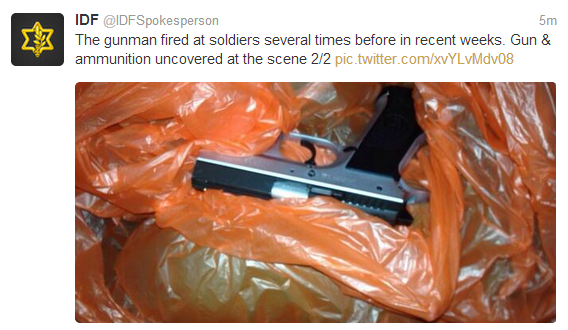 After quoting the IDF spokesman on the subject of the circumstances of the incident, the BBC article goes on to present unverified hearsay from anonymous Palestinian sources.

“But an unnamed local Palestinian official told Reuters news agency that Mr Yassin had been killed in cold blood while returning home from work. Local hospital staff said he had been shot in the back.”

As can be seen in photographs accompanying this report from the Ma’an News Agency (warning: graphic images), the latter claim by “local hospital staff” clearly required verification before being repeated by the BBC.

That certainly requires some explaining.

0 replies on “BBC double standards on the term counter-terrorism”