Here is a Tweet sent by the BBC’s Gaza correspondent Rushdi Abualouf on the night of June 11th.

The context of that Tweet – which Abualouf did not bother to provide to his followers – is that the man killed was involved in terror attacks against Israeli civilians.

Mohamed Awwar (also spelt in some reports Alaawor, Alarur or Awaer) was a member of a Salafist Jihadist terror cell which was responsible for the April 21st missile attacks on Sderot among others. He was also employed as a Hamas policeman and at his funeral, both Hamas and Global Jihad flags were used to wrap the body. 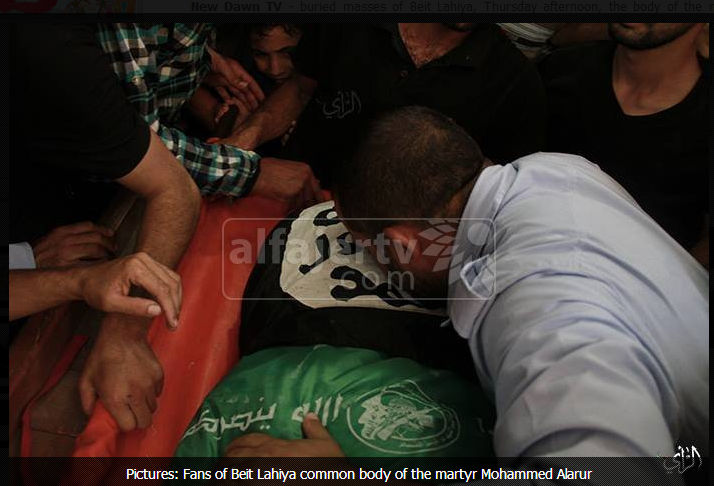 Below is the ‘martydom’ poster produced by the PRC’s Al Nasser Salah al Deen Brigades.

At around 9 a.m. on the same day – June 11th – a missile fired from the Gaza Strip landed in the Eshkol region. Yet again, that incident was not reported by the BBC despite the fact that the new PA unity government is – as of June 2nd – now responsible under existing agreements for the prevention of terror attacks from the Gaza Strip.