Since most of the British media continue to ignore Jeremy Corbyn’s evident support for proscribed extreme-right terror groups, we tweeted the “left-wing” Labour Party leadership candidate and asked him about his position.

.@jeremycorbyn Do you still support #Hamas and #Hizballah? http://t.co/1F8V7fRHTzhttp://t.co/mBlMJsZ8jg

However, on July 20th, JW3 in London is hosting a Labour Party Leadership hustings, an event which will provide British Jews the opportunity to quiz Corbyn about his radical views. 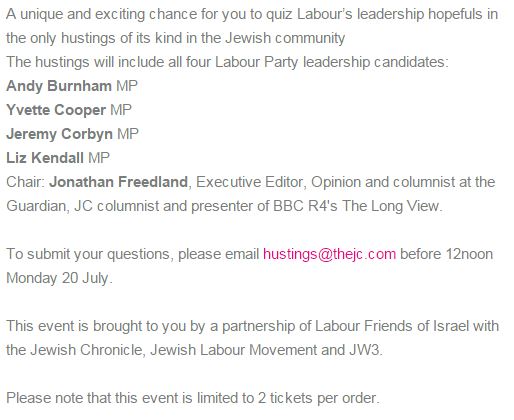 We strongly urge those of you in London to consider submitting a question and attending the event.