A photo that Independent Arabia claims is Jews immigrating to "Palestine" is in fact Austro-Hungarian soldiers marching next to the walls of Jerusalem during World War 1.

A November 30th article at Independent Arabia – a joint venture of the UK based Independent and the Saudi media group SRMG – by their analyst and editor (Cairo-based) Ahmad ‘Abd al-Hakeem, included the following photo and caption: 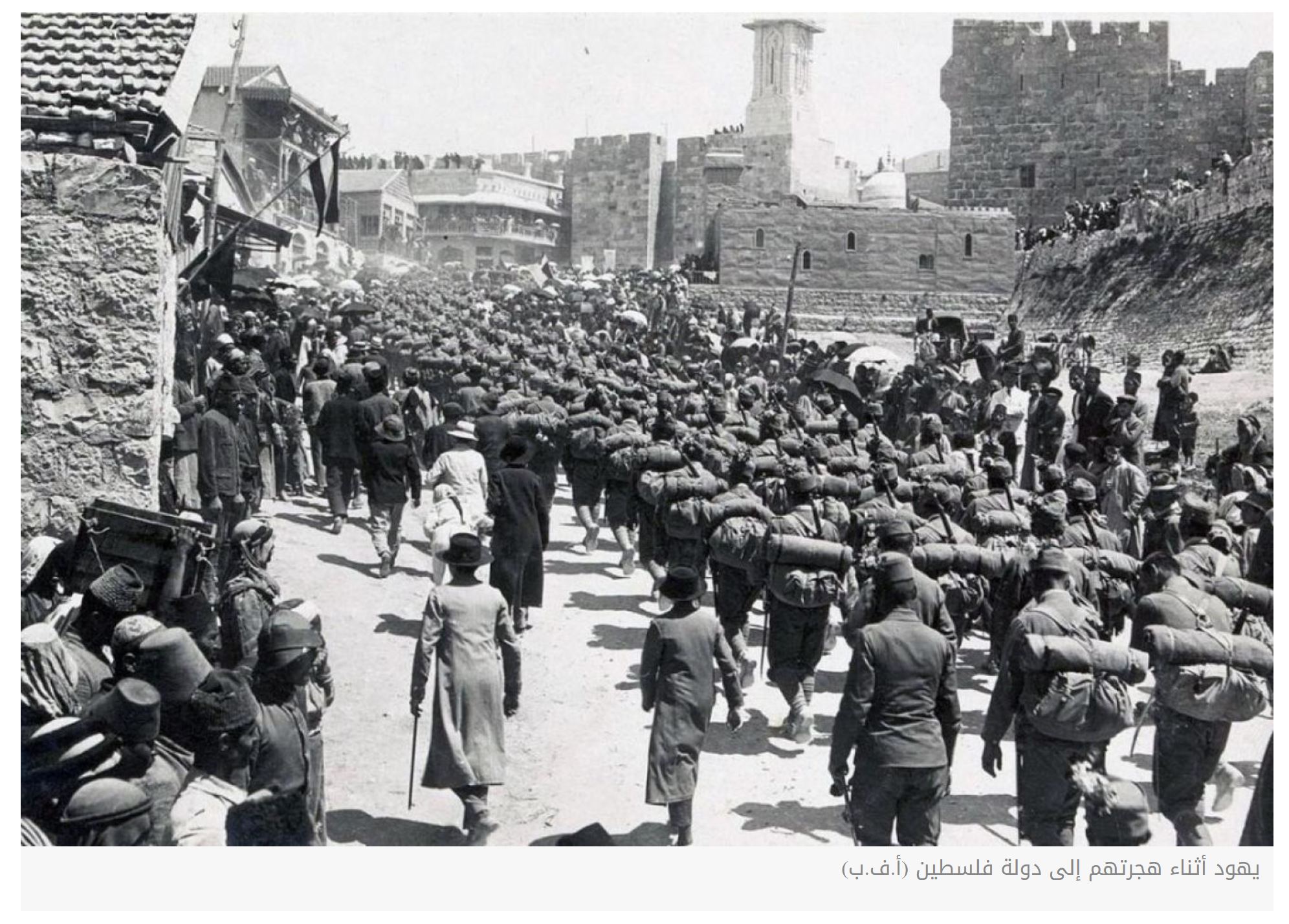 The caption, under a photo depicting uniform-wearing men marching in perfect order while carrying rifles, claims they are in fact “Jews during their immigration to the State of Palestine”.

However, the photo (which originates in the Library of Congress collection) in fact depicts Austro-Hungarian soldiers marching next to the walls of Jerusalem during World War 1.

Apart from the erroneous photo, two issues arise here (the first more outrageous than the second):

“Since resolution 181, also known as the ‘Partition [Plan]’ resolution of ‘historic Palestine’, [was passed] on November 29th, 1947, Palestinians have been searching the maps after what is left from their ‘hoped for’ State.”