Whilst such footage should never be used to vilify Muslims as a whole, the Guardian's suggestion that Palestinians never in fact celebrated the murder of nearly 3,000 innocent people by al-Qaeda terrorists is clearly a lie.

An article published in the Australian edition of the Guardian (Far-right ‘hate factory’ still active on Facebook despite pledge to stop it, Feb 4) is a follow-up to a December story on what they describe as a “coordinated far-right operation” using Facebook to profit “from disinformation and anti-Islamic hate”.

The expose alleges that this hate factory is “driven by a single Israel-based administrator”.

The article includes screenshots from Facebook posts to illustrate the problem – posts they claim are all “far-right”, hateful fake news. Though most of the posts cited are indeed fake, and likely motivated by anti-Muslim animus, one of the posts they use in the article to make their point is in fact based on real news. 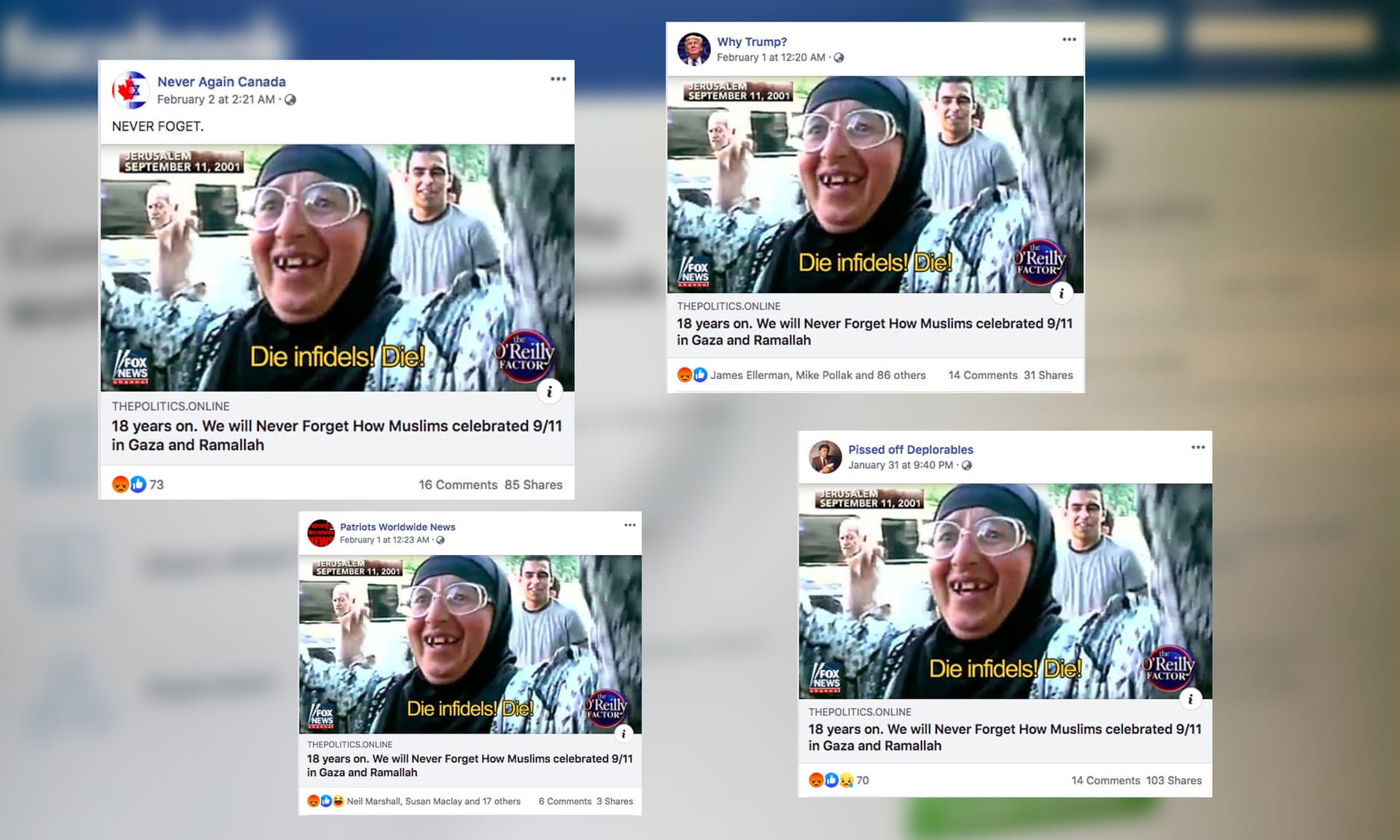 First, let’s be clear. There is indeed some disinformation about particular Muslim communities celebrating the attacks on 9/11.  Further, the words “Die infidels! Die!” in the specific Facebook post shown above, seems to represent disinformation, insofar as there is no evidence that the Muslim woman – who you’ll see shortly – uttered such words.

However, the image from the Facebook post is a genuine still shot from a widely circulated and verified video from Sept. 11, 2001 that does show Palestinians at Jerusalem’s Damascus Gate celebrating the attacks.

This video from Associated Press includes the following text:

There were celebrations at Jerusalem’s Damascus Gate, following the attacks on the Trade Centre and the Pentagon. Palestinian men, women and children chanted in jubilation after terrorists crashed two planes into the World Trade Center causing them to collapse on Tuesday morning.

Moreover, the celebrations didn’t represent merely the views of a fringe group of Palestinians. A poll four years after the 9/11 attacks found that 65% of Palestinian respondents supported “Al Qaeda bombings in the USA and Europe”.

The  Guardian’s suggestion – in an expose about “fake news” – that Palestinians never in fact celebrated the murder of nearly 3,000 innocent people by al-Qaeda terrorists is itself fake news.