“The accords reached in Moscow between Russian President Vladimir Putin and Turkish President Recep Tayyip Erdogan on March 5, 2020 regarding a ceasefire in the Idlib province are almost certainly temporary, and friction between the two countries over the region’s future is likely to resurface in the not too distant future. However, Turkey’s acceptance of the Russian terms (including Erdogan’s visit to Moscow, while Putin ignored a previous invitation from Turkey) demonstrates its weak position. Moreover, although the Turkish government presented the return to the Sochi agreement of 2018 as its political and military goal, the accords reached in Moscow actually nullify them: the ceasefire in Idlib is another step toward the province’s return to the Assad regime. “

2) Noam Blum discusses ‘How Iran Became a Global Vector of Infection for COVID-19’ at Tablet Magazine. 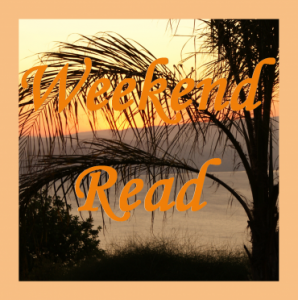 “Iran currently has the third-worst outbreak of COVID-19 following China and Italy, with as of Friday 514 official deaths since the first reported case on Feb. 19. Speculation that the situation there is far, far worse than official accounts indicate has been bolstered by the relatively large number of Iranian upper echelons—regime officials, clerics, and members of the Islamic Revolutionary Guard Corps (IRGC)—who have contracted the disease, some of them fatally.

Additionally, several countries have discovered cases of COVID-19 that originated with travelers from Iran in the early days of March. One of the first cases in New Zealand came from a family who had recently traveled to the Islamic Republic. At least three of the first 12 cases in Canada came via Iran, as did all 33 initial cases in Iraq. In the United States, the first confirmed COVID-19 case in New York City was a health-care worker who had returned from Iran, and Los Angeles also identified a coronavirus patient from Iran who passed through LAX. India evacuated hundreds of Indian Muslim pilgrims from affected areas in Iran, many of whom tested positive for the coronavirus.”

3) At the FDD Jacob Nagel and Andrea Stricker ask ‘As Coronavirus Hinders the IAEA, Who Will Monitor Iran’s Nuclear Program?’.

“While the Iranian regime continues to call for sanctions relief in response to the coronavirus crisis, the regime appears rather content with the pandemic’s debilitating impact on the International Atomic Energy Agency (IAEA). Inspectors remain stuck in Vienna or quarantined in their hotels in Iran to avoid exposure to the virus, which continues to spread quickly throughout Iran. […]

Experts are now considering wider implementation of the remote monitoring technology installed at the Natanz enrichment plant and other Iranian facilities pursuant to the 2015 nuclear deal, formally known as the Joint Comprehensive Plan of Action (JCPOA).”

4) Yoni Ben Menachem of the JCPA looks at Hamas’ response to the Coronavirus crisis.

“Hamas called on the 2,667 residents of the Gaza Strip who have recently returned to Gaza through the Rafah Crossing to maintain home isolation. […]

One of the issues that will require a decision by the various terrorist organizations in the Gaza Strip is the “Land Day” event that took place annually on March 31.

According to the original plan, March 31 was supposed to be the date when the “March of Return” against Israel would resume at the border of the Gaza Strip.

However, officials in the Gaza Strip believe that with the spread of the coronavirus and the possibility of it reaching Gaza, the resumption of demonstrations on the Gaza border is likely to be postponed to another date.”