On May 10th the BBC News website published a video titled “Jerusalem: Hundreds injured in violent clashes” which carries a synopsis that tells audiences about injuries on only one side.

“More than 300 Palestinians have been wounded in confrontations with Israeli police outside the al-Aqsa mosque in East Jerusalem.

The past few days have seen the worst violence in the city for years.”

The report opens and closes with the claim that “unrest” and “tensions” are because of Jerusalem Day which, viewers are told, is “regarded by many Palestinians as a deliberate provocation”.

Part of that film relates to an incident which took place near Lions Gate in Jerusalem on the morning of May 10th that was reported by the Jerusalem Post as follows:

“An injured Jewish driver lost control of his car and swerved onto a sidewalk after he was pelted with rocks by Arab rioters during a violent protest outside the walls of Jerusalem’s Old City on Monday morning. […]

Israel Police said that stone throwers attacked the car that was travelling on Jericho Road and that as a result, the driver lost control of his vehicle and veered off the road, hitting several people.

After the car stopped, more stone throwers approached it and they continued to pelt it, opening the doors in an attempt to attack the driver and another male passenger.

A police officer arrived at the scene moments after the car swerved onto the sidewalk and he fired warning shots into the air to disperse the mob as they tried to get to the car’s occupants.”

The BBC’s portrayal of those events – bizarrely presented as “an incident with a car” – describes the rock-throwing mob as “protesters”. It distorts the chain of events, stating that “the driver said he lost control of the vehicle” before mentioning the throwing of rocks and without clarifying that it was those attacks which caused the driver to lose control of his car. 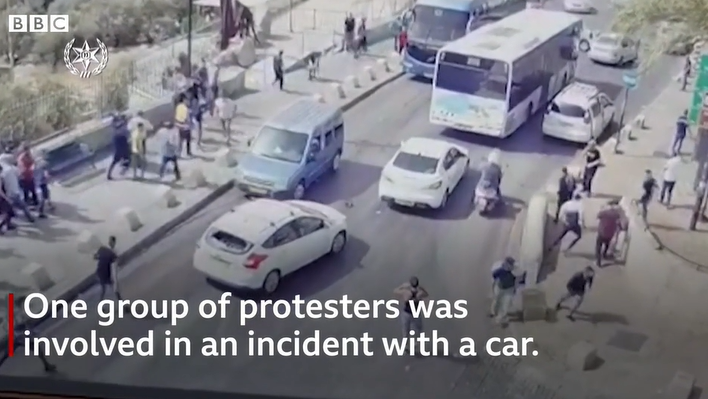 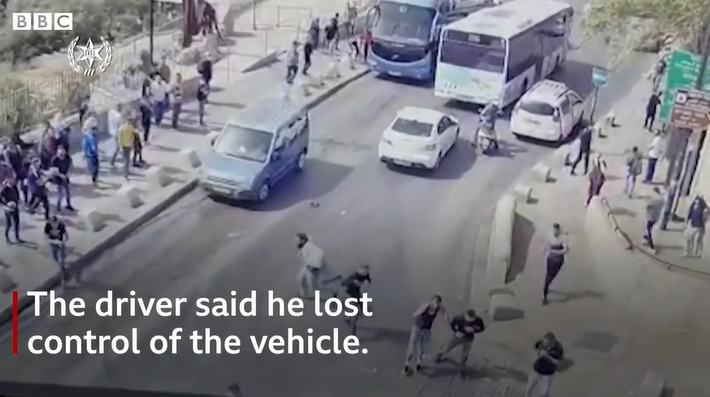 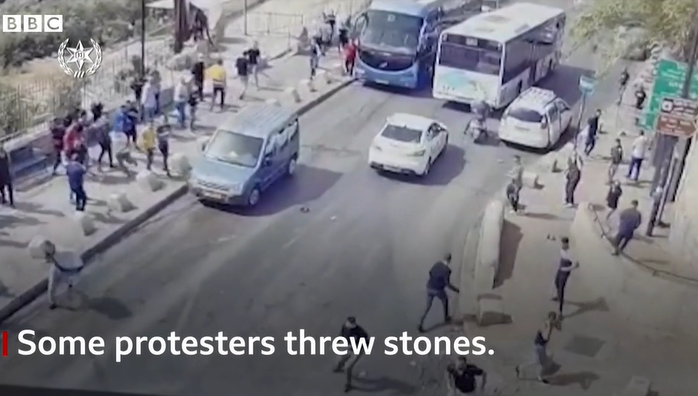 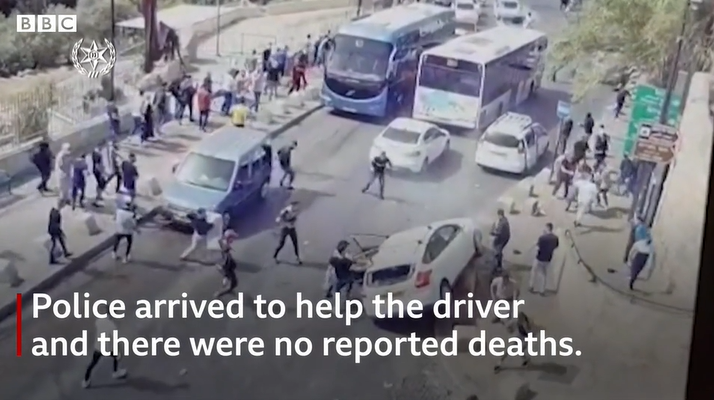 So much for “news that you can trust”.