A July 5th Guardian photo gallery (Malawi pride and press freedoms in Palestine: human rights this fortnight – in pictures) included the following photo depicting a Palestinian photojournalist protest over the killing, by PA security personnel, of Nizar Banat, a fierce critic of the government in Ramallah. 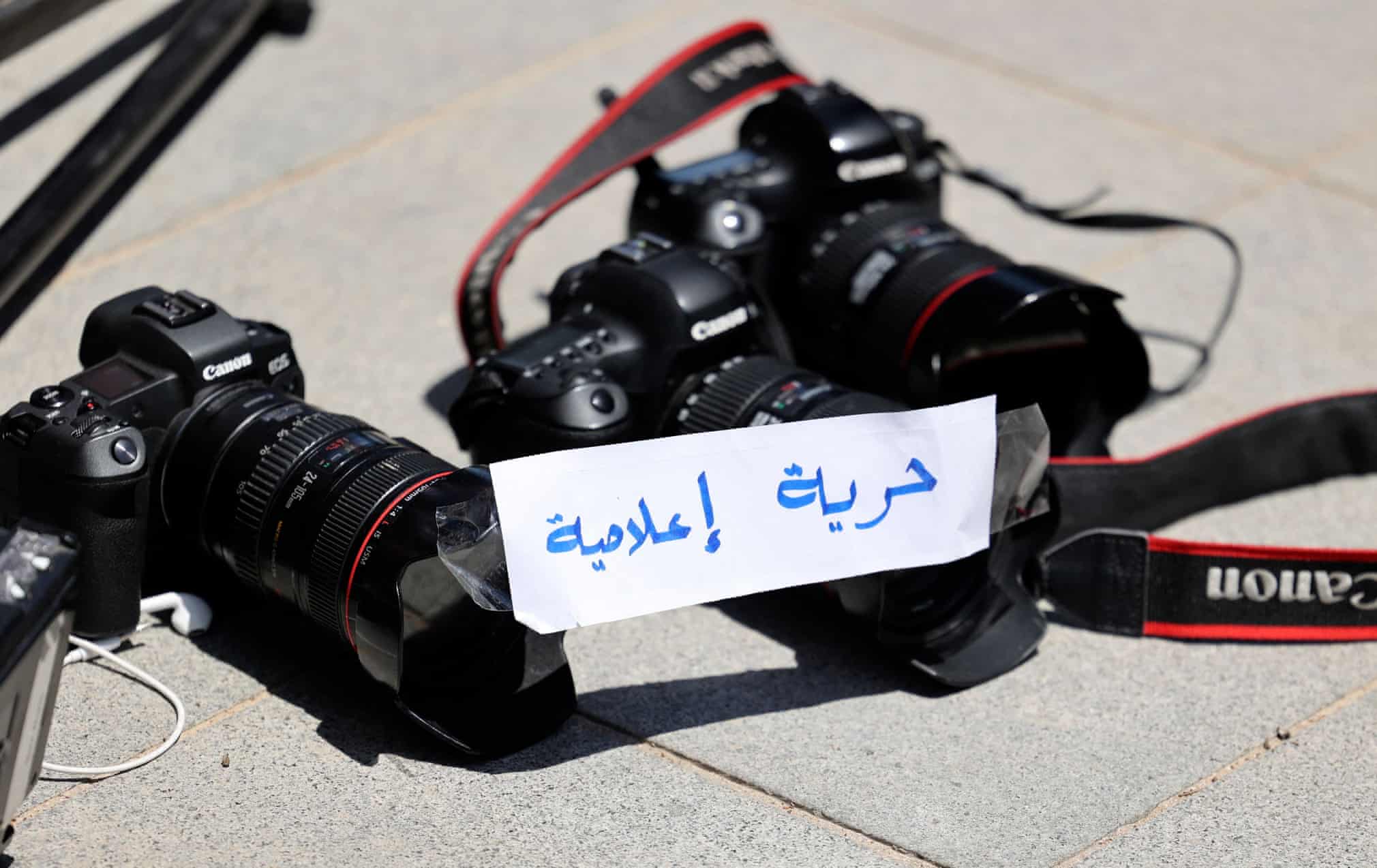 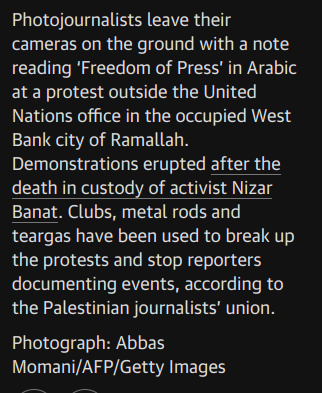 So, we researched the original AFP caption, which, as you can see below, did indeed make it much clearer that the culprits are Palestinian security forces and the PA. 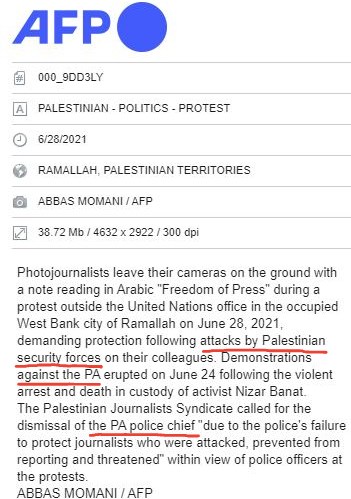 We contacted Guardian editors to note the discrepancy between the original AFP caption and their own, and to point out the misleading nature of their omissions, and our complaint was upheld.

Here’s the amended caption, which, as you can see, also includes an editor’s note acknowledging the correction: 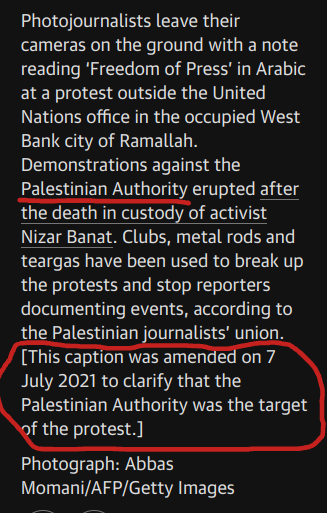