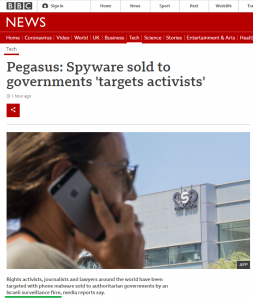 That report is tagged ‘Israel’ and all its versions open by informing readers that:

“Rights activists, journalists and lawyers around the world have been targeted with phone malware sold to authoritarian governments by an Israeli surveillance firm, media reports say.” [emphasis added]

The source of those media reports is then described as follows:

“They are on a list of up to 50,000 phone numbers of people believed to be of interest to clients of the company, NSO, leaked to major news outlets.

It is not clear where the list came from – or whose phones had actually been hacked. […]

The allegations about use of the software, known as Pegasus, were carried on Sunday by the Washington Post, the Guardian, Le Monde and 14 other media organisations around the world.”

At the bottom of the Washington Post’s paywalled report the following information is provided:

In contrast to the Guardian which published NSO’s related statement in full (and those of some governments) relating to the accusations, the BBC’s original report – which stood for some eleven hours – included only the following:

It says the software is intended for use against criminals and terrorists and is made available only to military, law enforcement and intelligence agencies from countries with good human rights records.

In a statement, it said the original investigation which led to the reports, by Paris-based NGO Forbidden Stories and the human rights group Amnesty International, was “full of wrong assumptions and uncorroborated theories”.”

“There are plenty of unknowns in these allegations – including where the list comes from and how many of the phone numbers were actively targeted with spyware. NSO Group have once again come out swinging and deny all accusations but it’s a blow for the company that is actively trying to reform its reputation.

Only two weeks ago they released their first “transparency report” detailing human right policies and pledges. Amnesty International brushed the 32-page document off as a “sales brochure”.”

The BBC’s report does not inform readers of the relevant fact that in 2019 Amnesty International filed – and later lost – a lawsuit against NSO.

Neither does it bother to clarify that – as we noted here over three years ago – while the company is based in Herzliya in Israel, the majority stake in NSO Group is owned by the London-based firm Novalpina Capital. In March of this year the Guardian reported that:

“…Peel confirmed that Novalpina Capital had “control of the board of NSO”, owned approximately two-thirds of the NSO holding company, and had appointed a majority of NSO Group’s board of directors.”

The same information was provided by Novalpina Capital in May 2019.

A Tweet sent from the account of BBC World Service radio on July 19th nevertheless likewise referred only to “an Israeli tech firm” and “Israeli firm”. 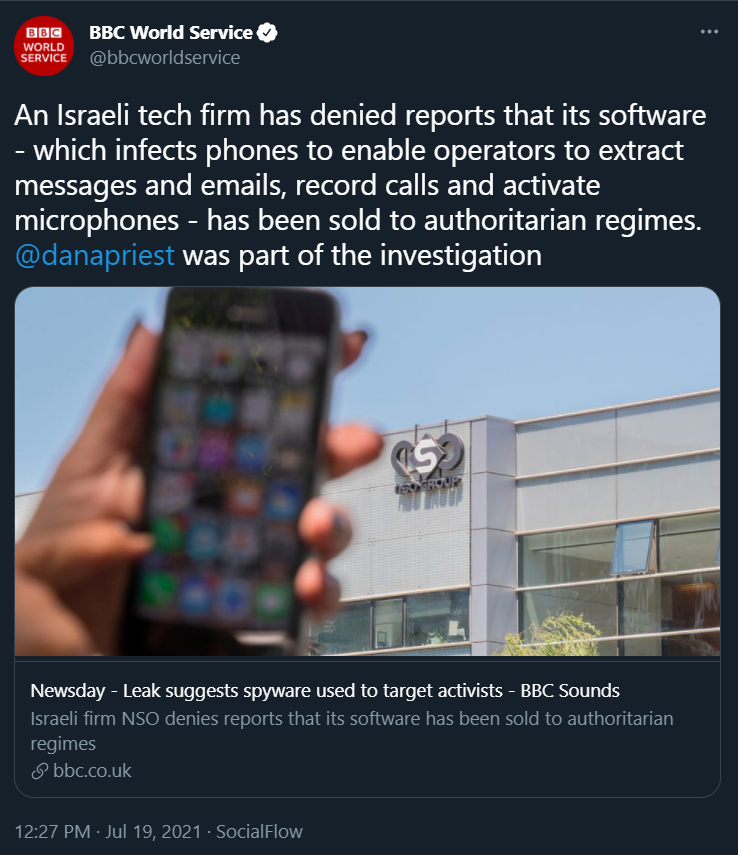 In the ’Newsday’ clip promoted by that Tweet, listeners hear (from 01:20) a rather confused Washington Post journalist Dana Priest say: 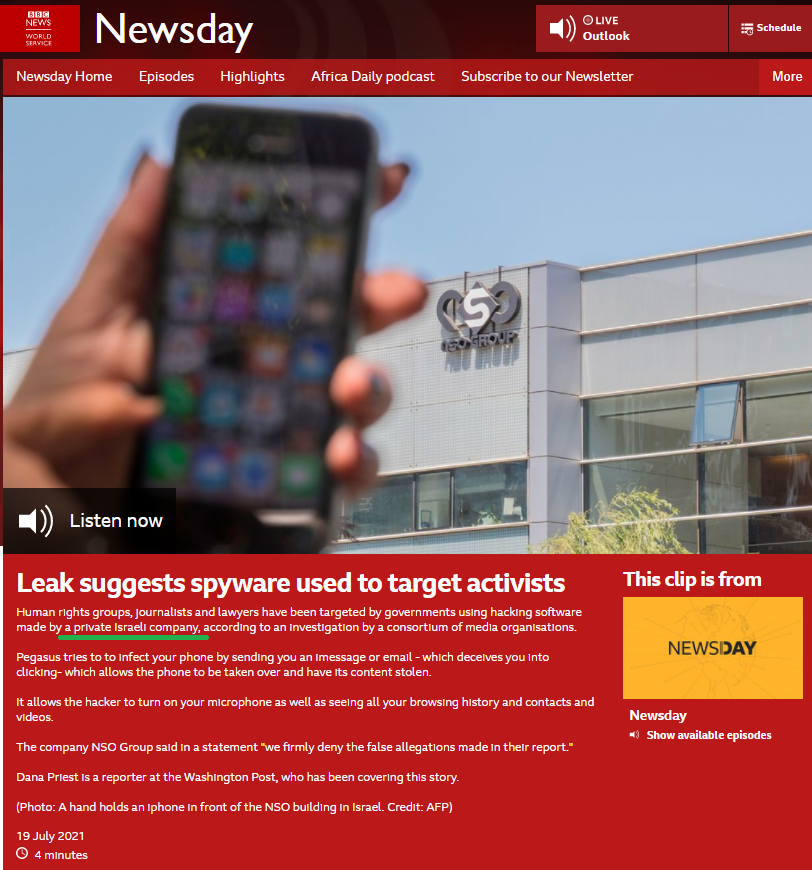 As was the case in 2019, BBC reporting on this latest story promotes linkage exclusively to Israel in both text and tag while completely erasing the British connection to NSO Group from audience view.