On Monday, we emailed and tweeted the Irish Times foreign editors over an extremely misleading photo accompanying an article about an IDF operation near Jenin that left five Hamas terrorists dead. 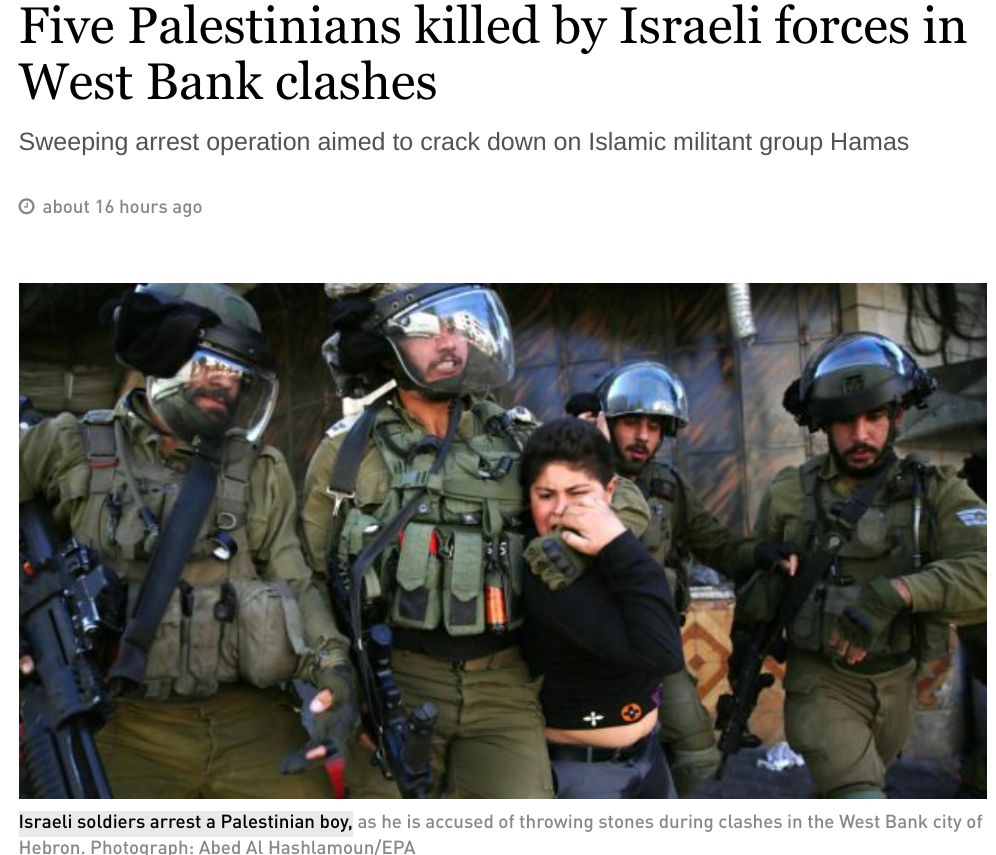 Though the article makes clear that those killed were all adult Hamas members who were were planning a series of deadly attacks on Israeli civilians, editors chose an undated photo of another incident, in another city, involving a young teen detained for rock throwing.

Our complaint was upheld, and the photo replaced with something far more appropriate: 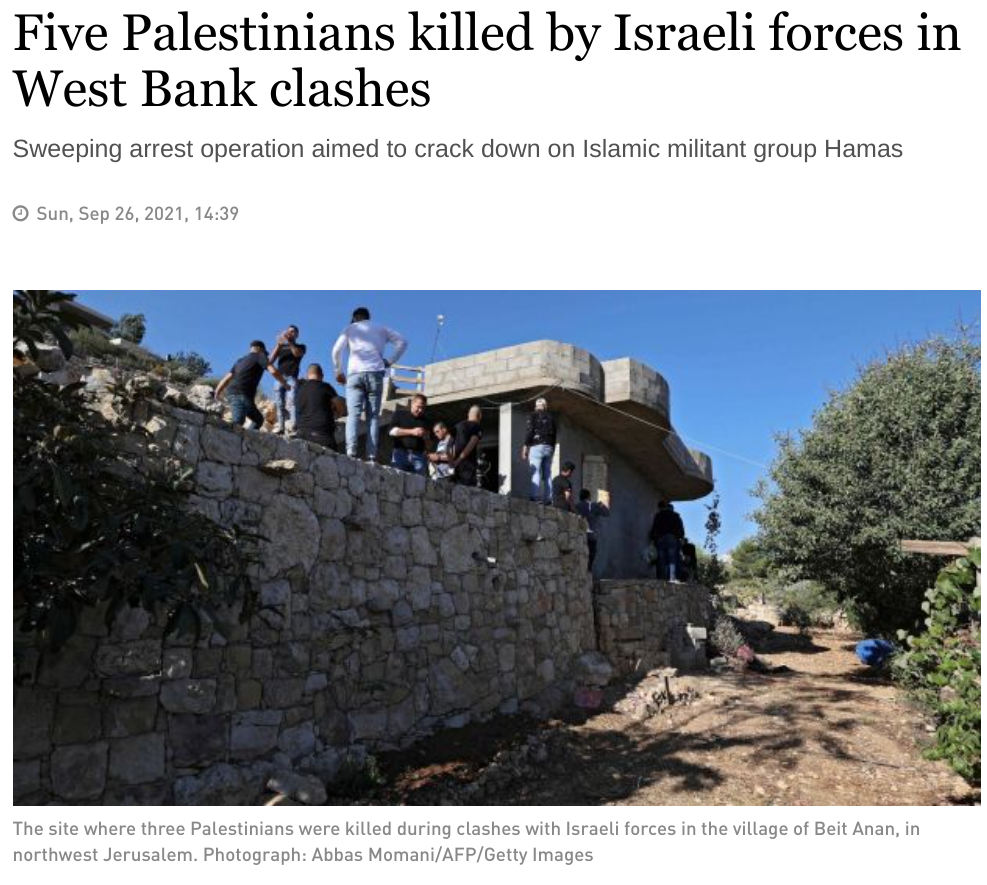