Last week we posted about an op-ed at the British outlet i news , written by their foreign correspondent Michael Day, which grossly mislead readers on the issue of West Bank settlements, and included one straight out factual error, in this sentence:

As we noted in our post, the $1bn in US aid was only for the Iron Dome defence system, not for offensive “bomb supplies”, a fact we demonsrated to to editors by citing the full text of the legislation passed by the US House of Representatives in late September authorising the funding.

Our complaint was upheld, and the following correction was published in the Nov. 3 print edition. 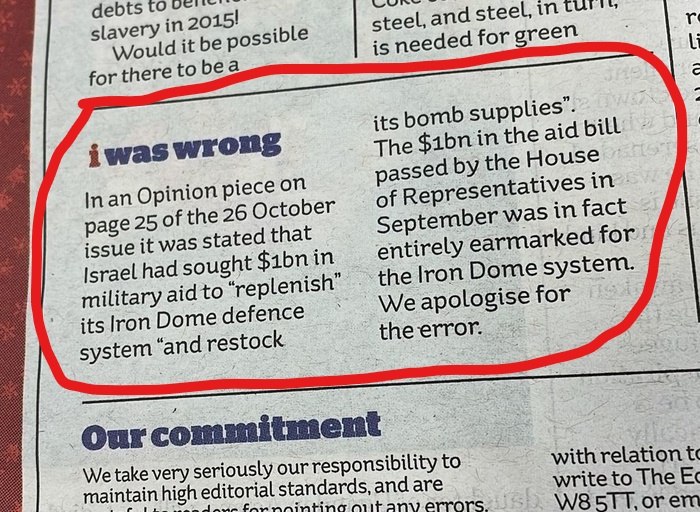 Like Loading...
Tags from the story
Corrections, Delegitimization, I News, i newspaper, Iron Dome, Israel, Michael Day
Written By
Adam Levick
More from Adam Levick
The following is a press release by the grassroots human rights campaign,...
Read More