The December 16th 2021 edition of the BBC Arabic programme “Trending” included an item in which Jewish prayer was referred to as “Talmudic rituals” and “Talmudic prayer” and Jerusalem’s Temple Mount compound was portrayed as “al-Aqsa Mosque”.

Titled “Jews Disguise Themselves Among Muslims at Al-Aqsa Mosque!”, the item was based on an Israeli news report about Jews posing as Muslims in order to pray at Temple Mount, which in Hebrew is known as Har HaBayit. However, unlike the original Hebrew language report, BBC Arabic claimed that “Talmudic rituals” had been conducted inside “al-Aqsa Mosque”.

CAMERA Arabic therefore submitted a complaint to the BBC, making the point that however controversial Jewish prayer at the Temple Mount compound may be, referring to it as a “Talmudic ritual” performed inside “al-Aqsa Mosque” is inflammatory and inaccurate.

BBC Arabic then removed the item from all platforms, with only the segment introducing it in the December 16th programme remaining on Twitter. Screenshots of the programme and its presentation appear below: 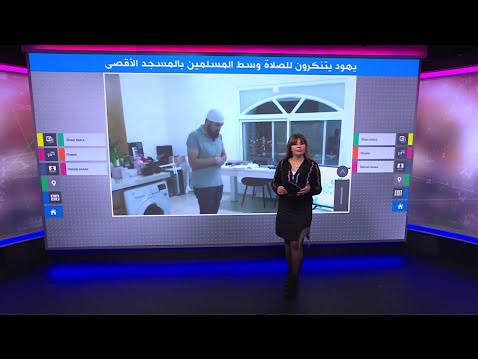 This is not the first time that BBC Arabic has opted to perform a ‘clean-up’ operation rather than address a complaint. One past example is the Palestine map for children from October 2019, with our complaint having been officially resolved nearly six months after the item had been erased from all BBC platforms.