On January 25th the Jewish Chronicle published a report about the apologies put out by two British footballers after they were photographed in Dubai with a British rapper known for his antisemitic posts on social media. 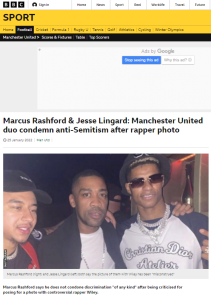 “Marcus Rashford says he does not condone discrimination “of any kind” after being criticised for posing for a photo with controversial rapper Wiley.

Rashford and Manchester United team-mate Jesse Lingard were pictured with the grime artist this week in Dubai.

Wiley was dropped by his management company after his outburst two years ago and has had a number of his social media accounts closed down.”

He was indeed “dropped by his management company” in July 2020 but contrary to the BBC’s ‘minimalist’ portrayal, his record of antisemitic social media posts and statements was not confined to an “outburst two years ago”. Just last month, after he posted antisemitic material on new accounts, he was again kicked off Instagram and Twitter. 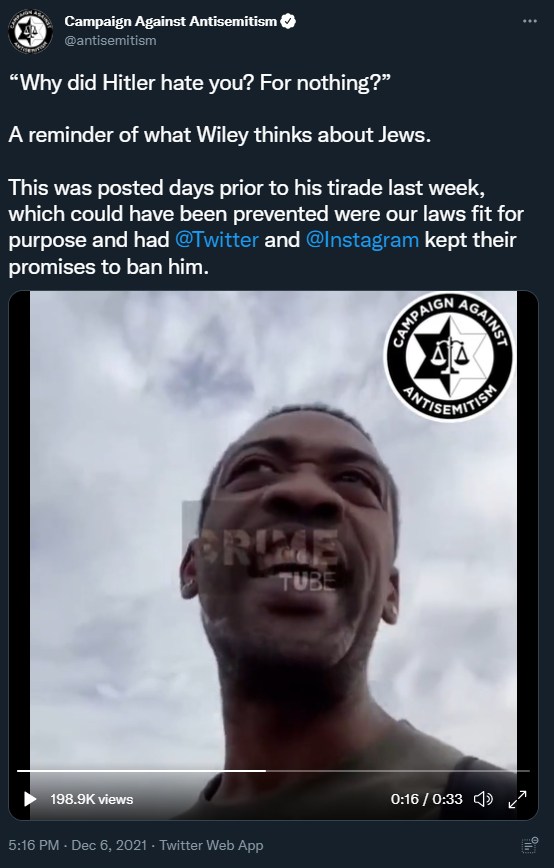 The day after BBC Sport published this report, Wiley was once again suspended from Twitter following a series of offensive Tweets on another new account.

The BBC’s failure to report clearly and adequately on Wiley’s unambiguous and ongoing antisemitism deprives readers of essential context and reduces their ability to understand not only why the photograph taken in Dubai raised objection but also the significance of the apologies from Rashford and Lingard.

CONTRARY TO MEDIA CLAIMS, WILEY HAS NOT ‘APOLOGISED’ FOR HIS ANTISEMITISM