Almost a year ago Mr Stephen Franklin made a complaint to the BBC about news bulletins aired on BBC Radio 4 on June 3rd 2021.

Those news bulletins included the inaccurate claim from the BBC Jerusalem bureau’s Yolande Knell that the new Israeli government that was being formed at the time “will include for the first time ever in Israeli politics some Arab law makers”.

On July 23rd 2021 BBC Complaints acknowledged that the statement was inaccurate and claimed that it had been amended in subsequent news bulletins. However Mr Franklin pointed out that the error had in fact been repeated in additional bulletins and in November 2021 the BBC’s Executive Complaints Unit informed him that it would consider his appeal.

On May 12th 2022 the ECU informed Mr Franklin that his complaint had been partly upheld.

The following statement was published on the webpage showing ECU findings: 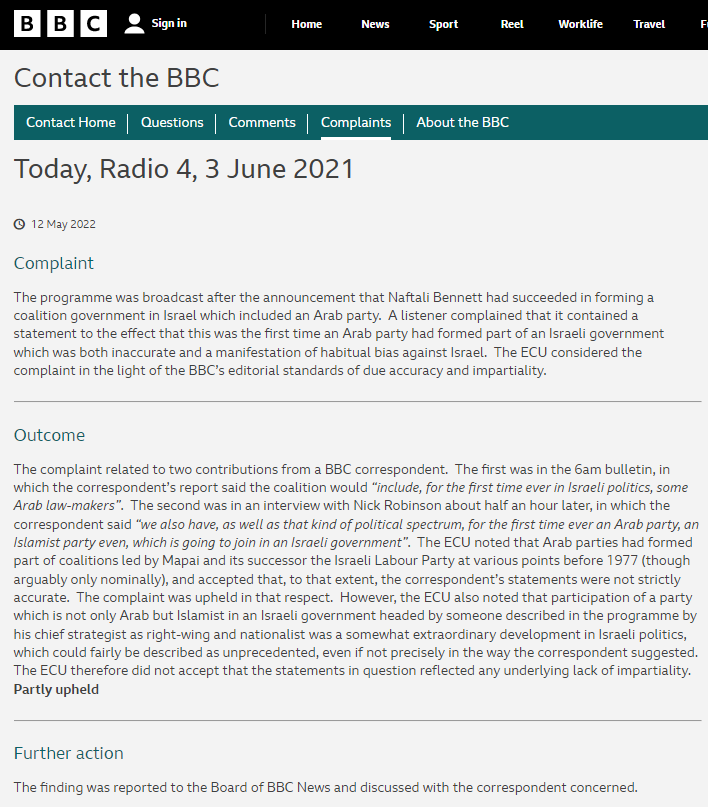