A video report in the Independent (“Palestinian bride holds wedding at ruins of her Jerusalem house demolished by Israeli authorities”, June 12), by Eleonora Girotto, included the unchallenged claim that “it is almost impossible [for Palestinians in Jerusalem] to get building authorisation from the city, forcing them to build homes without permits”. 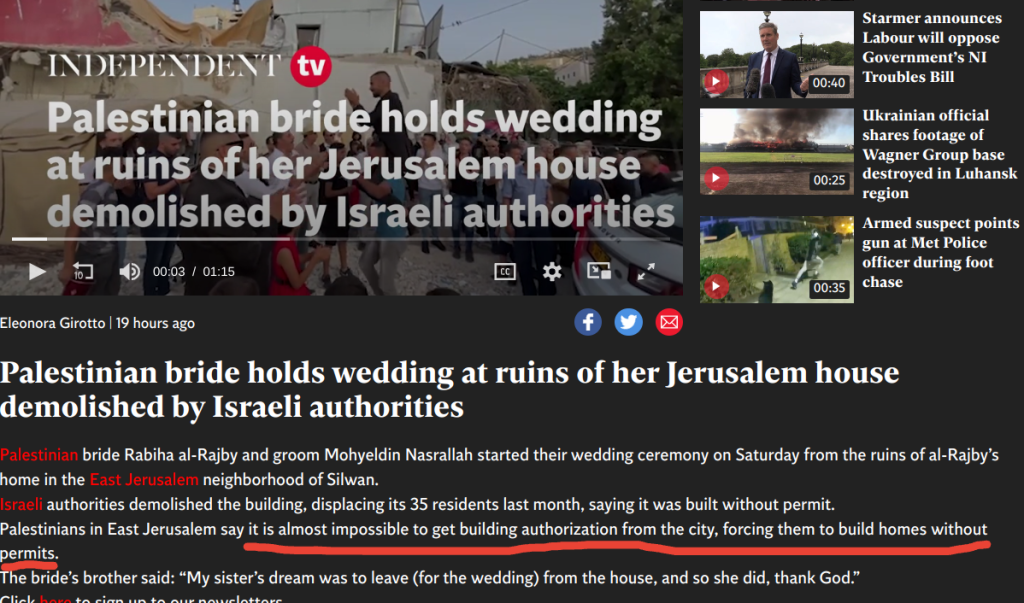 As CAMERA has previously demonsrated, this assertion – attributed in the article to annonymous “Palestinians” – is contradicted by the data.  In fact, the proportion of the total permits issued in east Jerusalem that went to Palestinian neighborhoods in that part of the city (where most Jerusalem Palestinians live) has averaged around 40% in recent years. 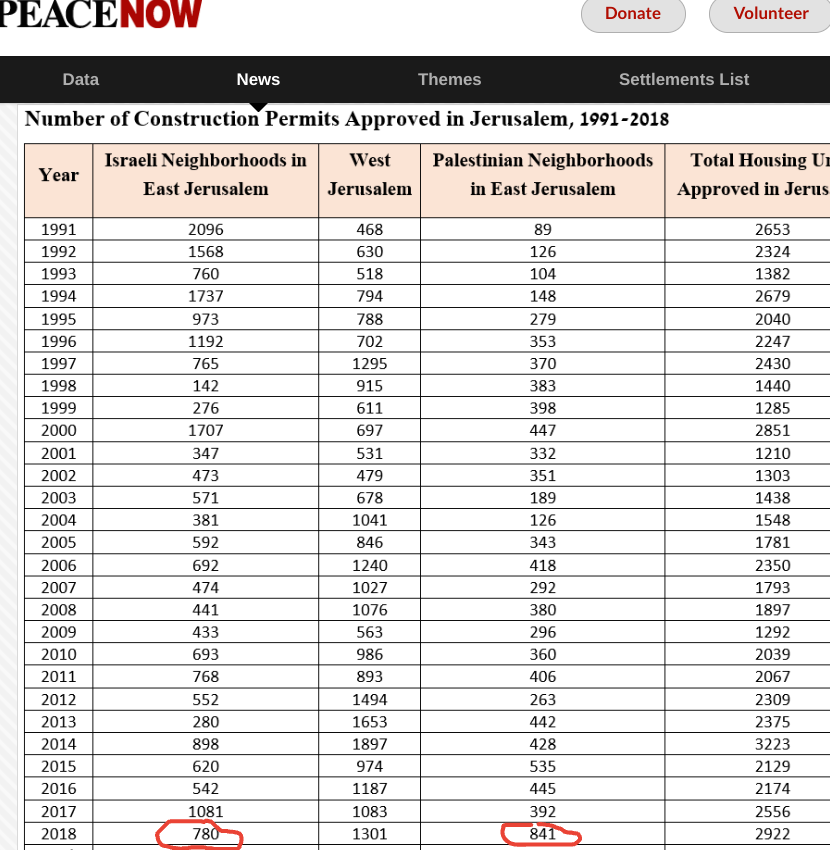 So, clearly, the claim that “it is almost impossible to get building authorisation from the city” is not accurate.

Like Loading...
Tags from the story
Delegitimisation, Delegitimization, East Jerusalem, Eleonora Girotto, Independent, Israel, Jerusalem
Written By
Adam Levick
More from Adam Levick
The failure of many to truly understand the ‘root causes’ of the...
Read More