Yesterday, we posted about a photo selected by Guardian editors for their Aug. 12th edition of their ongoing series, ‘24 hours in pictures‘.

“Rafah, Gaza: A Palestinian man looks out from a destroyed house near the border crossing with Egypt. Photograph: Ali Ali/EPA” 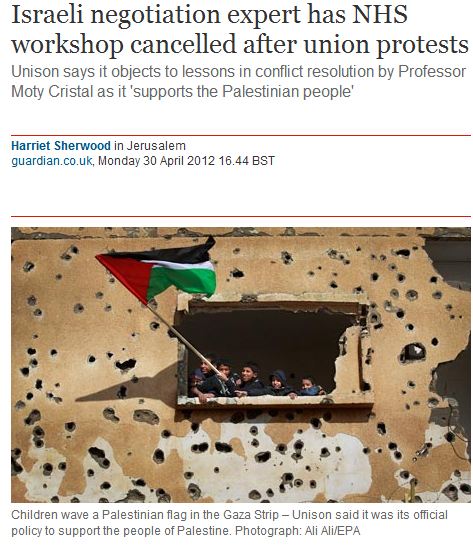 The second photo had almost nothing to do with Sherwood’s story, and, moreover, it would truly strain credulity to suggest that the Palestinian children waving the flag, as with the man appearing in the first photo, just happened to be present at the building when the photographer (Ali Ali) was walking by.

However, upon doing a bit of research, we found what certainly appears to be photos of the exact same building in Rafah, with the same bullet holes and damage, taken by a Palestinian photographer named Abid Katib from July through December in 2007.  (See this post, at the blog ‘Legal Insurrection’, for some interesting background on Katib.) 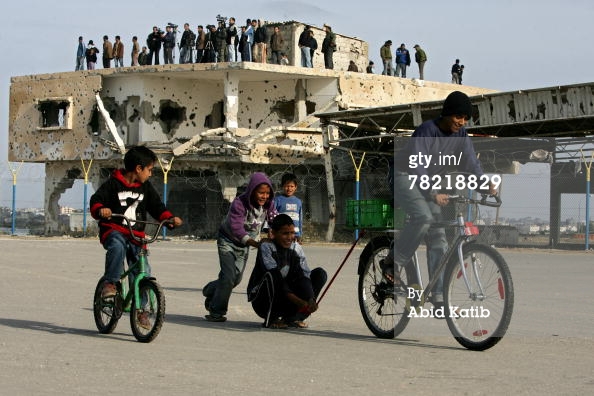 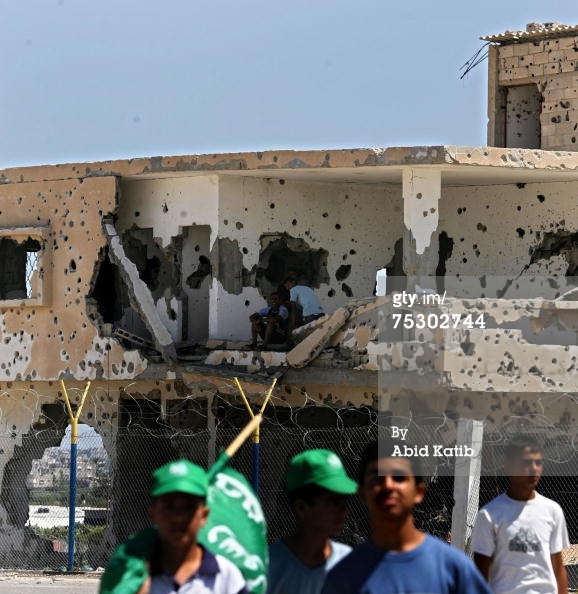 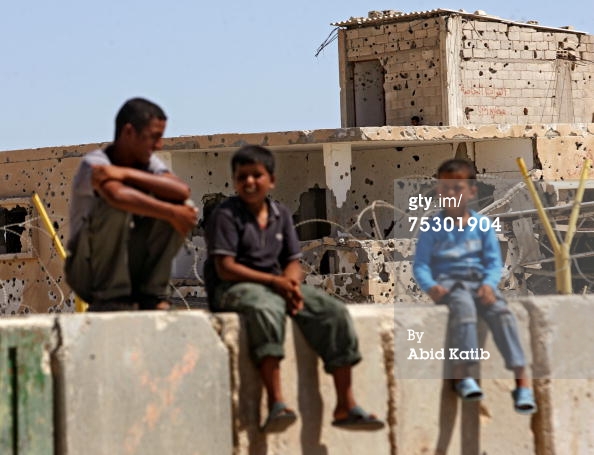 The two photos of the building in Rafah used by the Guardian have, of course, not been without an editorial intent.

The bullet holes and other damage (the precise cause of which is unknown and which date back at least five years) would certainly seem aimed at evoking, in the minds of those viewing it, Israeli military offensives in the territory (such as Operation Cast Lead).  They also certainly support the broader narrative of Gaza “under siege” – a political theme which would have less credibility if the date of the destruction was known.

No, this doesn’t represent fauxtography per se, but it certainly is manipulative and quite dishonest.

UPDATE:  A reader noted that the Guardian used one of the photos above in a Nov. 23, 2007 photo post:

Perhaps we now know why the building hasn’t been rebuilt in five years.  It’s simply too valuable as is.