The smuggling tunnels linking Gaza to Egypt are a security threat and must be destroyed, a  Cairo court ruled on Tuesday, responding to a petition brought by a group of activists in the wake of  a cross-border attack, by jihadist elements who infiltrated from Gaza through the tunnels, that killed 16 Egyptian border guards in August.

The Egyptian court ruling makes it obligatory that the government destroy the tunnels, according to Reuters.

Gaza, home to roughly 1.7 million people, has lived with border restrictions since Hamas’s violent takeover of the territory in 2007. Smuggling under the 15-kilometer border has circumvented official crossings and bypassed restrictions for many years.

Restrictions on the influx of goods into the territory has prompted Palestinians in Gaza to smuggle in luxury goods, weapons and cash through the illegal tunnels. Hamas officials are known to collect fees from tunnel operators.

An Egyptian lawyer, Wael Hamdy, instigated the case because he was “worried about the state of national security” in his country after terror attacks prompted by lawlessness in the Sinai desert region.

The lawyer also said that, in addition to recent efforts by  the Muslim Brotherhood-led government in Cairo to close some tunnels,  Egypt has recently resorted to other draconian and inhumane measures such flooding some of the more than 2000 active tunnels with raw sewage. 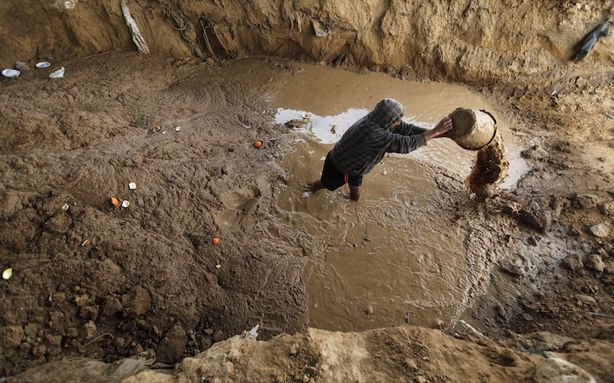 The systematic siege on Gaza’s lifeline to the outside world has been met with  silence from pro-Palestinian groups, assorted “human rights” organizations and, even more strangely, the Guardian.