Following a mid-June series of communications (both private and on social media) between CAMERA Arabic and Independent Arabia correspondents and editors, it was agreed that the Saudi-owned, London-headquartered news site would cease its habit of using the term “settlements” to describe Gaza envelope communities. 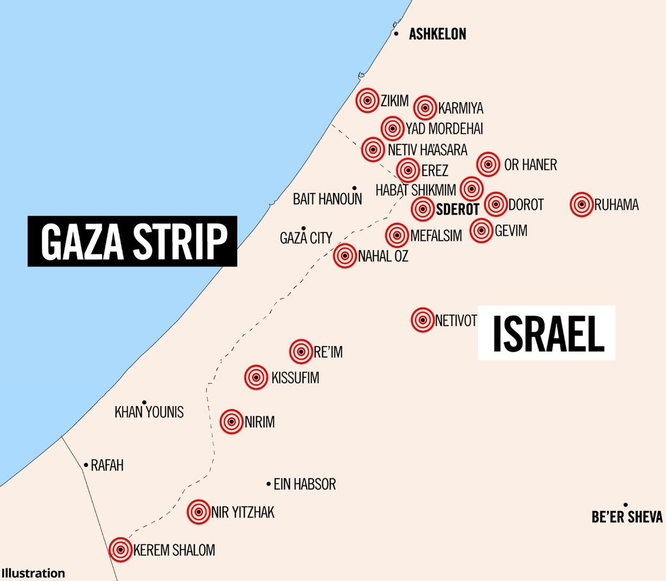 After two months, and with the most recent round of escalation between Israel and the Gaza Strip now on record, it is clear that the Independent Arabia’s editorial board has indeed kept its word and accepted CAMERA Arabic’s suggestion for an alternative Arabic phrasing that would signify these as Jewish towns and villages.

To quote the website’s Gaza Strip correspondent, ‘Izz ad-Deen Abu ‘Eisheh, in his latest report on the matter (“Gaza without electricity or fuel, unable to fish”) from Monday, August 17th:

This marks a profound shift; just over a year ago the same Abu ‘Eisheh interviewed Gazan “legal expert” Yaser Dirawi about the prospect of the so-called “settlers” of the Gaza envelope suing Hamas in international courts.  Dirawi’s answer relied exactly on the premise that all Israelis in the Gaza envelope communities are “settlers” whose residence there is “illegal”.

Unchallenged by his interviewer, he moved on to produce the striking speculation, as if such a lawsuit might backfire with the Israeli communities themselves being outlawed, presumably due to his vague and distorted concept of international law:

“Balloons fall under peaceful methods to express anger, this is enshrined in international treaties and laws. The texts did not mention the prohibition of balloon use in a protest, neither explicitly nor implicitly, which means they stay within [the set of] peaceful, legitimate means.

“Bringing a case to the United Nations and referring it to the Security Council or to the international tribunals, requires [a proof of] harm [done by] an organized side, and this description does not apply to the balloons’ launchers. Rather, it may reflect backwards, since the settler sits on a land contrary to UN laws, specifically the advisory view of the International Court of Justice, which described colonization [Istitan, could also be translated as “the act of settling” or “settler-colonization”] as ‘illegal and violating international laws’, and affirmed that ‘residing in the settlements is considered a violation of norms, which [in turn] is a crime punishable by law’ […]

“The United Nations describes Israel as ‘an authority of occupation’[…]”

Unfortunately, although Independent Arabia no longer uses the “settlement” label in reference to Jewish communities located in the southern part of Israel’s 1949 internationally recognized borders, this same reasoning does not seem to extend to the northern part of the country. As IA reports from July 25th and July 27th demonstrate, when the conflict in question is the one between Israel and Lebanon, Israeli communities in the north are still dubbed as “settlements” with questionable legitimacy.

Research and writing by CAMERA Arabic.  Edited by CAMERA UK.