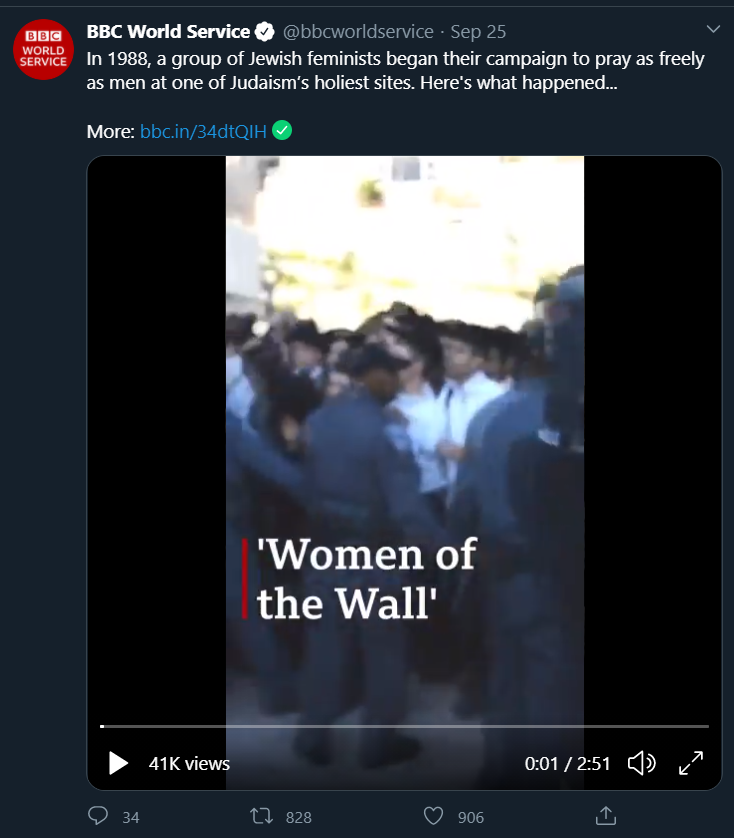 The promoted link leads to an edition of the BBC World Service radio programme ‘Witness History’ which was already aired over two months ago on July 13th. Why it was decided to re-promote the programme at this juncture is unclear.

That programme was discussed on these pages at the time:

The following day a filmed version of that radio programme appeared on the BBC News website’s ‘Middle East’ page under the headline “The fight for women’s prayer rights in Israel”. 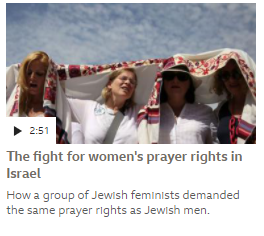 That edited version of the interview with Anat Hoffman yet again promotes an entirely one sided view of the issue while erasing events that took place before June 1967, including the 19-year Jordanian occupation of parts of Jerusalem that the BBC elects to define as “East”.

“When Israel occupied East Jerusalem in the 1967 War, Orthodox rabbis were given the power to manage the wall.”

It once again fails to inform audiences of the existence of the mixed-gender prayer area at the Western Wall and that the “fight” described in its title focuses on one specific part of the site.

As with the re-promotion of the audio item, it is unclear why the BBC elected to amplify this topic on multiple platforms at this time.