JERUSALEM (Reuters) – Israel and Kosovo established diplomatic relations on Monday, via online links due to the coronavirus crisis, under a U.S.-brokered deal that includes a pledge by the Muslim-majority country to open an embassy in Jerusalem.

Israel sees its new ties with the tiny Balkan country as part of its broader normalisation with Arab and Muslim countries under agreements sponsored by former U.S. President Donald Trump.

Five leading companies in Germany adopted the leading definition of antisemitism Tuesday, in a joint declaration announced on the eve of International Holocaust Remembrance Day.

The companies — Deutsche Bank, the automotive firms Daimler AG and Volkswagen, the state-owned railway Deutsche Bahn, and the sports club Borussia Dortmund — include those with admitted historical ties to the Nazi regime during World War Two.

Alongside the group Germany’s Friends of Yad Vashem, the corporations made the decision to endorse the International Holocaust Remembrance Alliance (IHRA) Working Definition of Antisemitism, which has been adopted by Germany and 23 other European countries.

RABAT, Morocco (AFP) — Jared Kushner, US President Donald Trump’s son-in-law and adviser, is due to arrive Tuesday in Morocco from Israel on the first direct commercial flight between the two countries since they normalized ties.

The flight from Tel Aviv to Rabat is seen as highly symbolic after Morocco announced on December 10 a “resumption of relations” with Israel.

Australia will turn its attention towards clinching a trade agreement with Israel in a deal that would boost innovation, cyber security and defence.

Federal Trade Minister Dan Tehan will prioritise a deal between the two nations in the coming months as negotiations between the governments reach critical stages with the United Kingdom and the European Union.

Austrade, the federal government’s trade, investment and education promotion agency established one of its five innovation “landing pads” in Tel Aviv in 2016 as part of the National Innovation and Science Agenda. The landing pad offered early-stage Australian start-ups a platform to build links with local and multinational business partners in Israel.

The deal, worth some €150 million ($182 million), will include technology transfer from Israel to Slovakia, as well as industrial cooperation between the two countries, and is being led by the ministry’s International Defense Cooperation Directorate. The radar components will be manufactured in collaboration with defense industries in Slovakia under the professional guidance of IAI and the ministry.

In the coming few days, Israel’s Mekorot National Water Company will sign a first deal to provide Bahrain with desalination technology for brackish water. The agreement will be signed with Bahrain’s Water and Electricity Authority following talks with Mekorot CEO Eli Cohen and chairperson Mordechai Mordechai. Mekorot believes that the deal will be the first of many deals with Bahrain and the United Arab Emirates (UAE) worth millions of dollars annually.

The Defense Ministry announced on Tuesday that the Greek government has approved a $1.68 billion agreement to purchase training aircraft from Israel and for an Israeli defense contractor to establish a flight school for Greece’s air force.

The deal, which still must be signed by the two countries’ defense ministries, will see Elbit Systems set up and operate a training school for the Hellenic Air Force. It also includes the sale of 10 Aermacchi M-346 aircraft, known in Israel as the Lavi, and for Elbit to upgrade and maintain Greece’s T-6 training planes.

The Defense Ministry said the agreement, which it called “the largest defense procurement agreement between the two countries to date,” was for 20 years. It didn’t specify when the deal would be inked, but said the Greek government’s decision “enables the parties to move forward in the negotiations” before the signing. 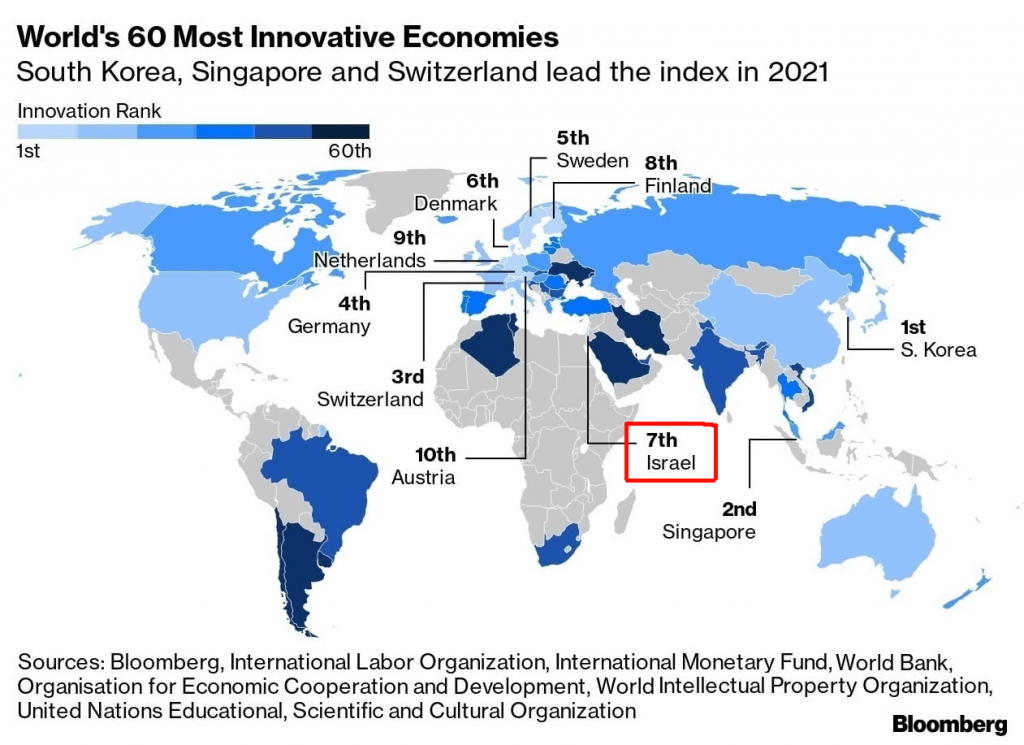 In mid-January, Elbit Systems  – one of Israel’s three major defense companies, along with Rafael Advanced Defense Systems and Israel Aerospace Industries – announced that its UK subsidiary had received a $166 million contract for the Royal Navy’s Future Naval Training Program. It was only the latest example of deepening cooperation between the Israel and UK militaries in the face of new threats, new technologies, and new war-fighting strategies.

Israel has begun exporting wine, olive oil and honey from West Bank settlements to the United Arab Emirates, a major deal secured by the Abraham Accords which has delighted Jewish expats but alarmed Palestinian leaders.

Tura Winery, in the Rehelim settlement, and Paradise Honey in Hermesh, have sent shipments to Emirati clients which they hope will quench a thirst in the Gulf state’s Jewish community for kosher wines.

It follows a historic normalisation treaty, the Abraham Accords, which was signed by the US, Israel, Bahrain and the UAE. The pact has set up full diplomatic ties and unlocked dozens of lucrative trade deals.

An Israeli-led research team says it has created an unprecedented “molecular Google Map” of a brain’s memory center, in a first application of technology that may help in the fight against Alzheimer’s and other diseases.

The breakthrough allows researchers to zoom in on RNA (ribonucleic acid) at nanoscale resolution without having to destroy the tissue to remove the RNA for analysis, giving a view of brain tissue that was hitherto out of doctors’ reach.

A legally blind 78-year old man has regained his sight after being the inaugural patient to receive a promising new type of corneal implant, Israel Hayom has reported. Developed by a company called CorNeat, the KPro is the first implant that can be integrated directly into the eye wall to replace scarred or deformed corneas with no donor tissue. Immediately after the surgery, the patient was able to recognize family members and read numbers on an eye chart.

Artificial cornea implants already exist for patients with corneal degeneration, but because the surgeries are complex, they’re usually a last resort when transplants or cornea ring implants don’t work. By contrast, inserting the CorNeat transplant is a relatively simple procedure that requires minimal stitches and cutting. On top of that, it uses a biomimetic material that “stimulates cellular proliferation, leading to progressive tissue integration,” according to CorNeat.

This represents a significant milestone for the company, which has made it its mission to eliminate the range and charging anxiety of electric vehicles (EVs) by demonstrating the commercial viability of XFC batteries via a small form-factor battery cell.

About two dozen Israeli companies were scattered around virtual CES this year. An additional 19 startups were featured in the Israel Export Institute’s Israeli Pavilion, a quarter of them from Israel’s booming mobility sector.

Four Israeli companies won CES Innovation Awards and many more introduced their cutting edge technologies at the world’s top show of its kind.

The company began expanding into new fields, including air treatment and purification, as part of a five-year plan presented by Tadiran in May. The company plans to introduce a number of air purification solutions for enclosed spaces.

The densely populated Gaza Strip has long lacked sufficient drinking water, but a new project helps ease the shortage with a solar-powered process to extract potable water straight from the air.

Unusually, the project operating in the Islamist-run Palestinian enclave, which has been blockaded by Israel since 2007, is the brainchild of a Russian-Israeli billionaire, Michael Mirilashvili.

The company he heads, Watergen, has developed the atmospheric water generators that can produce 5,000 to 6,000 litres (1,300 to more than 1,500 gallons) of drinking water per day,depending on the air’s humidity.

With just a few machines operating in Gaza, Watergen is far from meeting demand for the two million people who live in the crowded coastal enclave wedged between Israel, Egypt and the Mediterranean Sea.

“But, it’s a start,” said Fathi Sheikh Khalil, an engineer with the Palestinian civil society group Damour, which operates one of the machines because Israeli firms cannot work in Gaza.

Yael Shelbia, an Israeli model ranked as the world’s “most beautiful face” in 2020, became the first Israeli to appear on the cover of an Emirati magazine Monday.

“I’m so happy to be a part of this historic cover,” Shelbia wrote in an Instagram post. “Thank you @lofficielarabia & @laishamag Together we are stronger.” 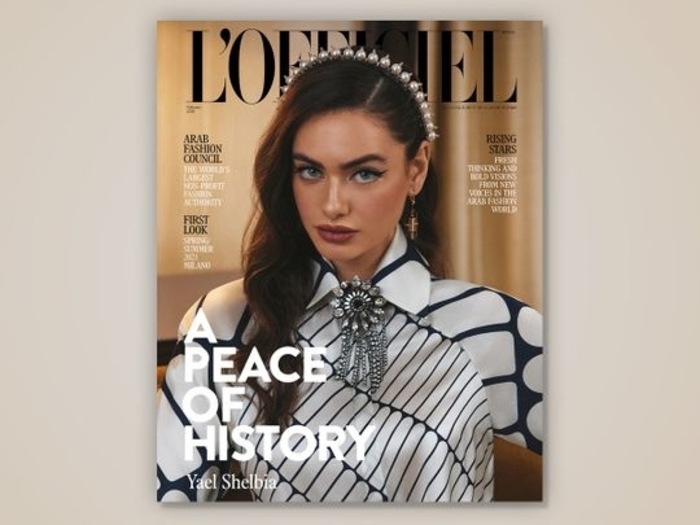 “WeCrashed: The Rise and Fall of WeWork,” will follow Adam Neumann’s journey of making the shared office giant the Wall Street darling before almost leading the company to bankruptcy.

Among the teams dashing around the dunes in their cars at the Dakar Rally in Saudi Arabia this month, there were two whose presence would have been unthinkable a year ago.

The participation of Israelis in the rally’s lightweight vehicle and truck categories comes after a rapprochement between Israel and Arab states that has been in high gear, fuelled by Riyadh’s quiet assent.